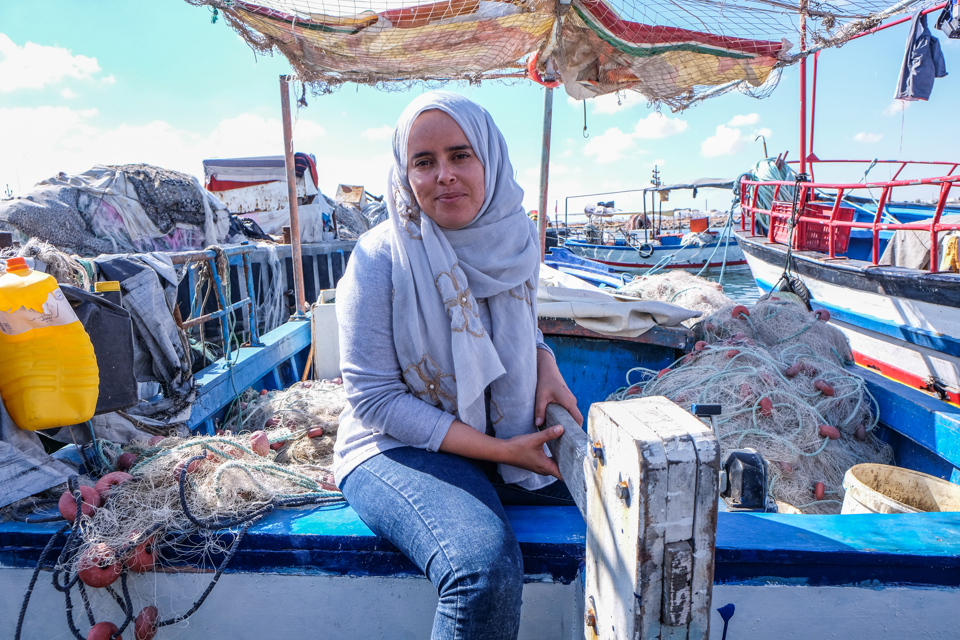 Tunisia’s democratic transition testifies to its resilience and determination in the face of endemic structural challenges and regional conflicts. Since the Arab uprisings in 2010, the country has made significant advancements in human rights, political rights and governance. After adopting a new Constitution in 2014, Tunisia experienced progress, particularly in establishing an advanced gender equality legal framework.

However, despite significant democratic progress, transition continues to face  challenges in implementing legislation and socio-economic initiatives to improve the lives of all Tunisians, including women, risking setbacks on hard-won democratic gains.  Regional conflicts and increasing exclusion and marginalization of the youth and other vulnerable groups, particularly women, risk obstructing Tunisia’s achievement of Agenda 2030 and the Sustainable Development Goals, and increasing instability. COVID-19 has disproportionately affected women and resulted in alarmingly higher levels of domestic and gender-based violence.

According to the World Economic Forum, Tunisia ranks 124 out of a total of 153 countries on its 2020 Global Gender Gap report. It also ranks 95 on the Gender Inequality Index of the United Nations Development Programme

In 2020, Tunisia became one of the Global Leaders of the Generation Equality Action Coalitions to accelerate gender equality. As convenor of this global forum, UN Women is committed to support Tunisia on its path towards gender equality and women’s rights.  During the 16 Days of Activism of 2020, UN Women, in partnership with the Ministry of Women, World Food Programme, United Nations Population Fund and civil society organisations launched a national hackathon “Hack4Her”. Young Tunisians from across the country participated in an intensive 72-hours coding competition to develop innovative solutions to respond to violence against women.

Since 2009, UN Women has developed strong partnerships with the Government, particularly the Ministry of Women, Family and Seniors, as well as with civil society, development partners, UN agencies, academia and the wider public to advance gender equality and women’s empowerment in four main areas:

Areas of work and programmes

UN Women is currently supporting the Government and the people of Tunisia to place gender equality and women’s empowerment agenda at the heart of national priorities to attain inclusive growth and social justice. Under four areas of work, we seek to make an impact in the lives of women and girls and ensure that:

UN Women in Tunisia aims to accelerate the development and implementation of gender-responsive laws, policies and programmes through gender-responsive governance, budgetary systems and data collection. Programming and advocacy in support of women’s full participation and leadership in decision-making while combatting political violence against them are implemented through the provision of technical and financial support to parliamentary women’s coalitions, the network of elected municipal women, and close partnership with the Independent High Electoral Commission and the Independent Elections Instance.

A key enabler of gender-sensitive frameworks and national strategies, UN Women works to increase awareness and knowledge about gender-responsive budgeting (GRB) and statistics through collaboration with the National Institute of Statistics, Budgetary Resource Management and Gender Focal Points at ministries, including the Ministry of Economy, Finance and Investment Support and the newly created National Observatory for Combatting Violence against Women.

To promote the accountability of transitional justice mechanisms, UN Women works with special police units, judges, and civil society organizations to improve their competencies in applying a gender-sensitive approach to dealing with human rights violations, interpretation and application of the law, as well as support women’s access to legal aid and justice.

UN Women in Tunisia works to address the economic hardships that stand in the way of women’s right to live a free and dignified life, and severely limit their health, education and other life choices. UN Women continues to be a knowledge broker for gender-responsive economic policies by providing expert research and policy recommendations such as “The Role of the Care Economy in Promoting Gender Equality”,  and a gender-sensitive socio-economic analysis of fiscal policies to identify and raise awareness about the challenges that women face at different levels, including access to legal services.

The entity works with partners to reach vulnerable women, particularly those working in the informal sector, to raise awareness about their economic rights and opportunities, economic violence and available services and support. Moreover, UN Women provides tailored support to women-led micro-businesses, including capacity building and financial grants to support business survival and long-term business growth during the COVID-19 pandemic.

UN Women works with the Ministry of Women, Family, Children and Seniors and other executive bodies, civil society, elected persons and the youth to leverage Tunisia’s commitment to the Women, Peace and Security agenda in its National Action Plan (NAP) on UN Security Council Resolution (UNSCR) 1325. UN Women continues to support the monitoring and evaluation of this plan as well as the development of the second phase.

UN Women has also supported the meaningful engagement of state, civil society, parliamentarians and locally elected officials in the implementation of the NAP through strategically targeted and interactive events.

UN Women leverages its comparative advantage to link global and national policy development and bridge the gap between global normative commitments and their impactful implementation in Tunisia.  UN Women works with diverse key national stakeholders, including civil society and youth, to build their capacity to monitor and evaluate the implementation of normative frameworks such as the Beijing Declaration and Platform for Action, the Convention on the Elimination of all Forms of Discrimination against Women, the Istanbul Convention and UNSCR 1325.

This work also includes promoting more effective coordination, coherence and gender mainstreaming across the UN system in support of commitments for gender equality and women’s empowerment. UN Women co-leads the UN Gender Working Group with United Nations Population Fund and has partnered with the Canadian Embassy to co-lead the Gender Development Group, that brings together the international community alongside UN counterparts to enhance coordination and foster synergies among the various development actors

UN Women and Finland shine light on women’s local peacebuilding in the MENA region and rally support for their vital contributions to peace
Call for proposals: Strengthening the capacities of women candidates, elected women, and women leaders in CSO’s as well as women and men in senior governmental positions on WPS and women's role in peacebuilding and conflict resolution
Statement by UN Women Executive Director on the killing of Shireen Abu Akleh
First Person: Levelling the gender playing field in Jordan
Call for proposals: Promoting women’s role in peacebuilding efforts in Syria
END_OF_DOCUMENT_TOKEN_TO_BE_REPLACED