Scope of Our Work: Women, Peace and Security (WPS) 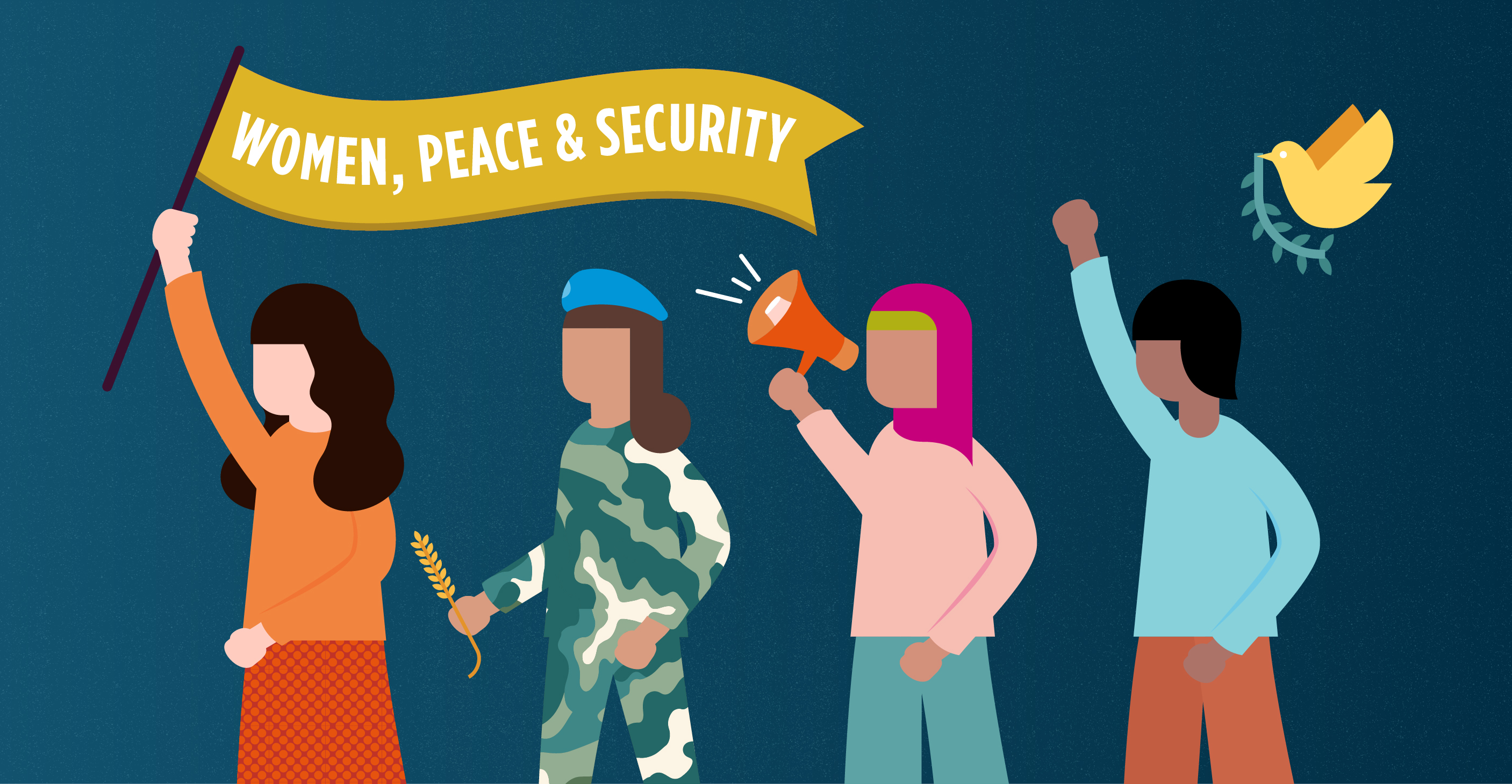 To contribute to peaceful, prosperous and inclusive societies in the Arab States region, UN Women works to promote the implementation of the Women, Peace and Security (WPS) agenda guided by UN Security Council resolutions 1325, 1820, 1888, 1889, 1960, 2106, 2122, 2242, 2467 and 2493, in addition to the League of Arab States’ Executive Action Plan on Women, Peace and Security. To do so, UN Women works with governments, civil society organizations, women-led groups, UN entities, research institutions and communities in conflict-affected areas to promote women’s active and meaningful participation in peacebuilding and the protection of their rights during conflict.

The UN Women Regional Office for the Arab States (ROAS) contributes to the creation of an enabling environment for implementing WPS commitments, including by supporting technical exchanges between governments and with the League of Arab States[1]. In cooperation with civil society partners, UN Women works to build regional capacity, awareness and knowledge about WPS, including through producing cutting-edge research to increase understanding of the WPS agenda, such as women’s participation in peace processes, mediation and reconstruction, as well as women’s roles in preventing violent extremism.

UN Women also supports efforts to build sustainable peace through targeted interventions to enhance women’s engagement and influence in peace processes across the region. This is achieved through direct support to women and to key actors – including mediators and their teams - engaged in peace processes in Iraq, Libya, Syria and Yemen. One key example is the joint programme Enhancing Women’s Leadership for Sustainable Peace in Fragile Contexts in the MENA Region, led by UN Women in collaboration with InclusivePeace, the Fédération Suisse de Déminage (FSD), the Issam Fares Institute at the University of Beirut (AUB), and Justice Rapid Response. By creating space for dialogue, opportunities and support for women actors in the region, UN Women amplifies women’s voices in conflict prevention, management and resolution.

At the national level, UN Women supports national bodies, governments and civil society to support the implementation of global commitments on WPS. UN Women also works to build women’s coalitions for peace, including in Iraq, Libya, Palestine, Syria and Yemen. UN Women works with justice and security actors across the region to increase women’s leadership in these sectors, so they can contribute to more effective, accountable and inclusive justice and security apparatus.

[1] The ROAS WPS portfolio is generously supported by the governments of Finland, Germany and Japan.

UN Women and Finland shine light on women’s local peacebuilding in the MENA region and rally support for their vital contributions to peace
Call for proposals: Strengthening the capacities of women candidates, elected women, and women leaders in CSO’s as well as women and men in senior governmental positions on WPS and women's role in peacebuilding and conflict resolution
Statement by UN Women Executive Director on the killing of Shireen Abu Akleh
First Person: Levelling the gender playing field in Jordan
Call for proposals: Promoting women’s role in peacebuilding efforts in Syria
END_OF_DOCUMENT_TOKEN_TO_BE_REPLACED