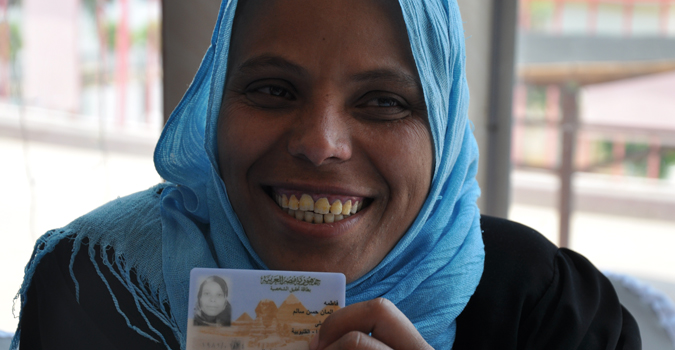 Through joint UN programmes, UN Women Egypt provides support to capacity development of local authorities and service providers to respond to and prevent all forms of violence against violence against women (VAW). UN Women seeks to contribute to improved gender responsive public infrastructure that incorporates practical measures to increase safety for women and girls. Furthermore, UN Women supports capacity development of local government agencies to prevent and respond to sexual violence in coordination with women’s organizations, civil society and other key stakeholders through improved knowledge, skills and attitudes of duty bearers and service providers regarding sexual violence in public spaces.

Sexual violence in public spaces is an everyday occurrence for women and girls around the world – in urban and rural areas, in developed and developing countries.   Women and girls experience and fear various types of sexual violence in public spaces, from sexual harassment to rape- whether on streets, public transport and parks, in and around schools and workplaces,, or in their own neighborhoods. This reality reduces women and girls’ freedom of movement denying them the same opportunity and rights to the city as men and boys enjoy. It reduces their ability to participate in school, in formal or informal employment, and in public life. It limits their access to essential services, and enjoyment of cultural and recreational opportunities. It also negatively impacts their health and well-being.

The Cairo Safe City (SC) Programme is part of UN Women’s Safe Cities Global Initiative, spanning more than 20 cities. The Cairo SC Programme aims to prevent and reduce sexual harassment and other forms of sexual violence in public spaces in three intervention areas in the city: Ezbet Al-Haggannah, Mansheyat Nasser and Imbaba, and to scale up the “Safe City” for women and girls evidence based and human rights based approaches in other cities.

The Programme (2011-2018) was launched with the support of the USAID, European Union, and Spanish Cooperation (AECID) and involves a strong partnership with the government of Egypt, grassroots women, NGOs, UN Women, UN Habitat, other UN Agencies, the private sector and other partners.

The Women’s Political Empowerment Programme is one of the three comprehensive intervention areas under UN Women Egypt country strategy for the transitional and post transitional phases of the revolution of the 25th of January 2011.The programme is designed to assist the Egyptian government in fulfilling its obligations with regards to gender mainstreaming and gender equality (GE) under the various international declarations, as well as respond to the challenges facing Egypt’s transition towards a democracy in which women are empowered to act as equal citizens, and accordingly are engaged in all levels of decision making both in the private and public spheres. It strengthens the capacity of women groups and civil society organizations to advocate for constitutional and legislative amendments that reflect a women rights agenda, while at the same time enhances the ability of these organizations and groups to monitor the performance of women voters and candidates in the elections.

Women's participation's in the labor market in Egypt is among the lowest in the world. Young women (aged 18-29) represent 18.5% of the total Egyptian workforce compared to over 50% representation of young men. The informal sector currently represents the main source of employment for new labor market entrants. Women's engagement in the informal sector differs from men, however; whereas most men in the informal sector are either wage-workers or employers, women are primarily non-wage workers contributing in various ways to household income or a family business, but with minimal safety nets. Egyptian women are undermined and constricted by cultural and social norms and conditions which make them poorer, less able to benefit from the rewards and protection of labor markets, and are more burdened by unpaid work that often goes unsupported and invisible to the state and its social policies. Developing economies, such as Egypt, are still striving to provide specialized services that support working women, especially among the most financially vulnerable, such as affordable and accessible pre-schools, or home-care systems for the elderly or the sick.

Investing in women’s economic empowerment sets a direct path towards gender equality, poverty eradication and inclusive economic growth. Women make enormous contributions to economies, whether in businesses, on farms, as entrepreneurs or employees, or by doing unpaid care work at home. But they also remain disproportionately affected by poverty, discrimination and exploitation. Gender discrimination means women often end up in insecure, low-wage jobs, and constitute a small minority of those in senior positions. It curtails access to economic assets such as land and loans. It also limits participation in shaping economic and social policies. And, because women perform the bulk of household work, they often have little time left to pursue economic opportunities.

Through an array of programmes working on different levels, UN Women Egypt has been a strong advocate for securing women’s equal rights and participation in the formal and informal economic sectors. UN Women is working on interventions related to job creation and a package of financial and non-financial services that will enable women to have proper financial evaluation of their participation in the agricultural sector. The programme is operating in both Upper and Lower Egypt with focus on asset transfer, access to credit and a saving scheme that will allow women to (i) be financially rewarded for their work; (ii) have a sense of economic security and (iii) gain the skills and know how to run a business.

The Salheya Initiative has been identified as an opportunity to provide a demonstration model for the integrated strategy for enhancing women economic participation, as well as for scaling up the gender equity seal certification process. In partnership with the Ministry of Man Power and the Social Research Center of the AUC, the project aims to enhance the participation of young unemployed women from medium and higher education in the economy and improving their security and rights.

Ended in 2013, the purpose of the project was to promote viable equitable partnership between small farmers and private sector investors in efficient pro-poor horticulture value chains in 3 locations in the poorest Upper Egyptian Governorates. The program targeted women in Luxor and Beni Suef providing them with business development services and trainings on entrepreneurial development mainly on livestock including caretaking, reproduction, feeding and health checks. The project was able to establish the first 2 women led cooperatives including 25 women in each of the governorates.

Seeking to promote women’s access to employment, training and career advancement in private firms, the Gender Equity SEAL in Egypt is modeled after the Mexico Gender Equity Project (Generosidad – Generosity) that produced very encouraging results. GES activities have been tailored to Egyptian needs and realities.   The SEAL is an integrated process for firms who choose to establish gender equity in the labor place comprising four main steps: 1) self-assessment, 2) training, 3) auditing, and 4) evaluation. The application of this model, makes it possible to visualize the inequalities of men and women within an organization that are not perceived as gender inequity in order to establish strategically linked equity measures through affirmative actions, whereby these inequalities are corrected and a satisfactory work environment and more motivated staff are encouraged.

UN Women and Finland shine light on women’s local peacebuilding in the MENA region and rally support for their vital contributions to peace
Call for proposals: Strengthening the capacities of women candidates, elected women, and women leaders in CSO’s as well as women and men in senior governmental positions on WPS and women's role in peacebuilding and conflict resolution
Statement by UN Women Executive Director on the killing of Shireen Abu Akleh
First Person: Levelling the gender playing field in Jordan
Call for proposals: Promoting women’s role in peacebuilding efforts in Syria
END_OF_DOCUMENT_TOKEN_TO_BE_REPLACED