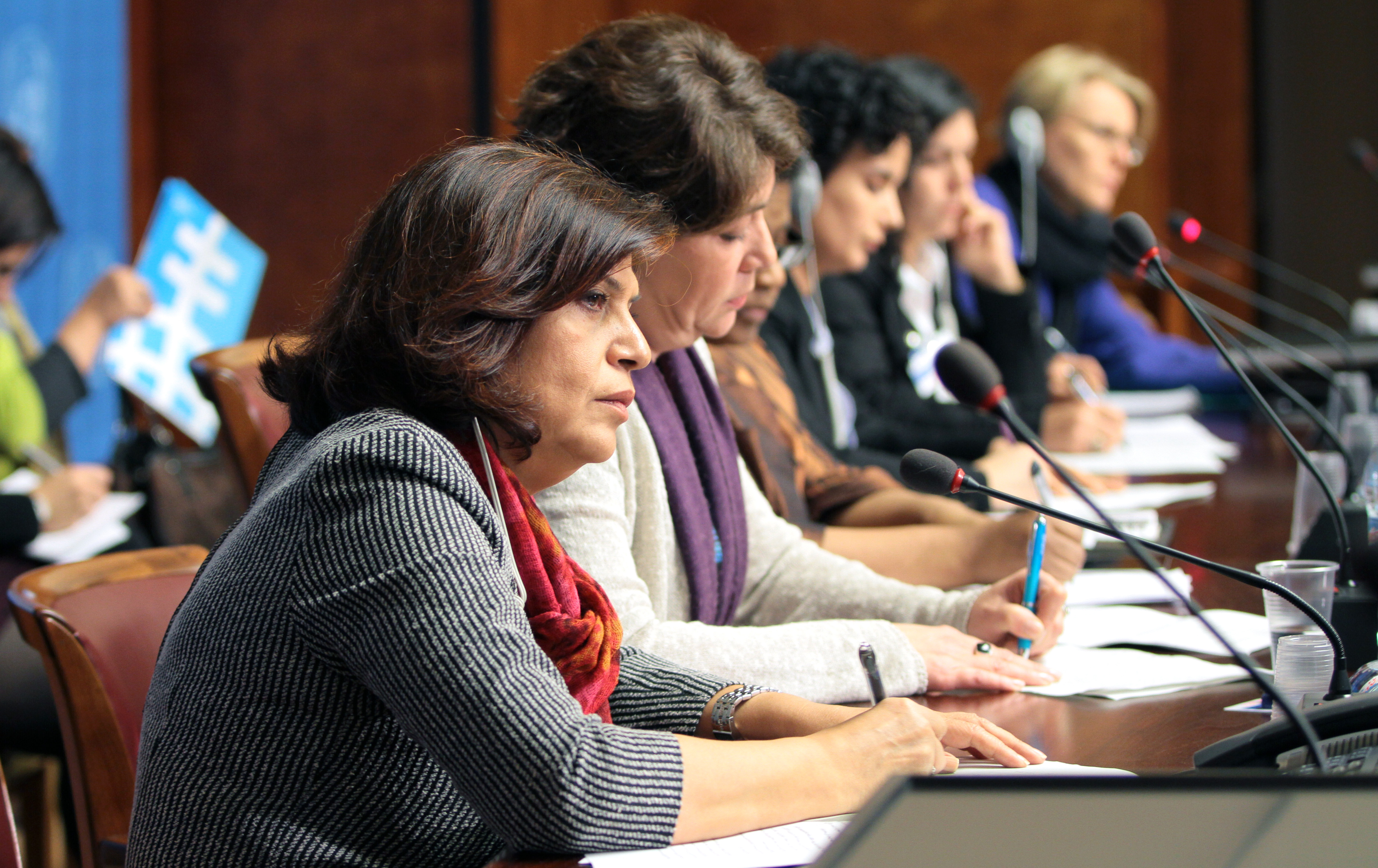 Since the beginning of the conflict in Syria, Syrian women have been pushing for a Syrian owned and led inclusive political solution to a protracted conflict that has entered its 11th year. In the face of continued crisis, Syrian women continue to exercise leadership roles across the country and in the UN-led political process. They have made vital contributions in humanitarian assistance and peacemaking efforts, healthcare and education — serving as breadwinners of their families, as humanitarian first responders, leaders in displacement camps, and as peacebuilders.

To date, the Syrian crisis has left nearly 12 million people in the country requiring urgent humanitarian assistance, 4 million dependent on cross-border aid, 5.7 million forced to flee and reside as refugees far from home, along with an additional 6.6 million people displaced inside the country. The conflict has disproportionately impacted Syrian women and girls. Of those who need humanitarian aid, half are women and girls. Syrian women have higher rates of poverty than men; they face increased risk of gender-based violence; and they shoulder the responsibility of caring for their children and other family members.

DID YOU KNOW? The Syrian women’s movement has successfully influenced and contributed to securing several gender equality gains in the UN-led political process including:

Globally, the COVID-19 pandemic has resulted in a spike in violence against women in the midst of lockdowns and quarantine measures, while women and girls, particularly refugee women, have found their livelihoods threatened. Women are taking on extra burdens of unpaid care work, while 70% of healthcare workers are women, adding to the immense pressure women are facing in the current context. In Syria, the COVID-19 pandemic has further compounded the risks and hardships for millions of people inside the country and for refugees around the region. In response, Syrian women have swiftly engaged in humanitarian and awareness-raising activities, with some joining the UN Special Envoy for Syria and others to urge a nationwide ceasefire.

Despite their leadership across the country, Syrian women continue to face challenges in political life. Although there have been positive gains in recent past—including the inclusion of nearly 30% women in the Constitutional Committee, amendments to the Personal Status Law, increased participation in training and skills development activities, and a rise in female entrepreneurship in the country since the beginning of the conflict—women’s direct participation in the high-level political efforts and the percentage of women in parliament continue to remain disappointingly low and discriminatory legislations still exist.

Building and leveraging the influence of women as peace actors and decision-makers is critical in working for a just future for Syria. Women leaders and women’s civil society, including those supported by UN Women, have continuously advocated for the meaningful participation of women and inclusion of gender perspectives in the political process since the early days of the crisis.

Although lockdowns due to the COVID-19 pandemic and restrictions on travel have posed significant challenges to the participation of the WAB in the ongoing political process, continued to meet in over 30 virtual sessions, engaging with high-level UN officials, the EU, Member States, and other stakeholders in 2020

The WAB has also continued to provide advice to the Special Envoy, through a mixture of virtual and in-person meetings, and their inputs have often been acknowledged in his briefings to the Security Council and others.

In support of Syria’s political process under Security Council resolution 2254 (2015), and in line with the UN Security Council's landmark resolution 1325 (2000), which enshrines the essential role of women in securing and maintaining peace, UN Women has been bolstering Syrian women’s leadership in peace-making since 2013. This has included support to the Office of the Special Envoy (OSE) for Syria, strategic engagement and logistical, technical, translation and interpretation support to the work of the Women’s Advisory Board (WAB) in close collaboration with the OSE, as well as support to Syrian civil society. UN Women further engages in international coordination and research on gender equality and women’s rights in the context of Syria’s political process.

These efforts are implemented in close collaboration with the Office of the Special Envoy for Syria, the broader Department of Political and Peacekeeping Affairs (DPPA), with the generous support of the European Union (EU) and the Governments of Finland, Norway, and the Netherlands.

Documents guiding the inclusion of women in the UN-led political process:

UN Women and Finland shine light on women’s local peacebuilding in the MENA region and rally support for their vital contributions to peace
Call for proposals: Strengthening the capacities of women candidates, elected women, and women leaders in CSO’s as well as women and men in senior governmental positions on WPS and women's role in peacebuilding and conflict resolution
Statement by UN Women Executive Director on the killing of Shireen Abu Akleh
First Person: Levelling the gender playing field in Jordan
Call for proposals: Promoting women’s role in peacebuilding efforts in Syria
END_OF_DOCUMENT_TOKEN_TO_BE_REPLACED