This is what leadership looks like: Meet Kaouther Kotersi, breaking barriers for people living with disabilities in Tunisia 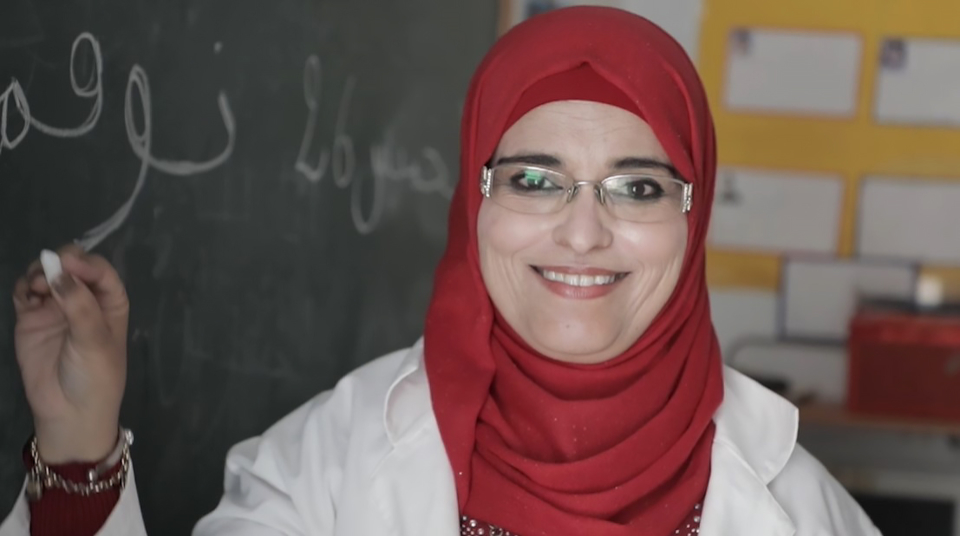 Kaouther Kotersi, in addition to being a member of the Municipal Council, also teaches at the Djerba Ajim Organization for the Intellectually Disabled. Photo: UN Women Tunisia

“I realized early on that a woman who faces discrimination from the society and when people want to pull her backwards at the beginning of her journey, she will need a lot of determination to move forward,” says Kaouther Kotersi.

Kotersi knows a thing or two about determination and resilience. She was only 13 years old when she was involved in an accident that resulted in her losing her ability to walk. This marked the beginning of a long and difficult journey to fulfil her ambitions. Growing up in Ajim, a rural community in Djerba, which is an island in the south of Tunisia, she endured backlash and constant discouragement from those around her. Many told her that her life would not amount to anything significant and denied her opportunities.

Facing these challenges head on, at 30 years of age, Kotersi is now a member of the Municipal Council of Djerba Ajim, and a teacher at the Djerba Ajim Organization for the Intellectually Disabled.

“One of my biggest challenges when trying to join the Municipal Council was the lack of confidence that others had in my capabilities. This [posed] numerous hurdles,” she says. Kotersi’s ambition was to become the President of the Committee on the Rights of People with Disabilities. “Many truly believed that my disability would make me unfit to perform my duties.”

But Kotersi also recognized that there were people who wanted to see her succeed and were willing to help her reach her goals.

Empowering the most vulnerable members of society

“Due to my inability to walk, I often had difficulty attending municipal meetings, sometimes having to stand on the sidewalk hoping for a stranger to drive me in their car. However, when a new mayor was elected who valued my contributions, he arranged consistent transportation for me. This made it possible for me to attend all the meetings and workshops and helped me perform my tasks and grow as a leader,” she shares.

Kotersi says she still faces discrimination, both as a woman and as a person with disability, but she refuses to remain silent.  “I now have the confidence to speak up for myself, my female colleagues and for the rights of vulnerable people, rural women and people living with disabilities.”

One of the first actions that Kotersi took on as a Council member was to go through the municipal database and policies to identify and tackle the institutional barriers that discriminate against persons with disabilities in various communities.

“I began to identify the areas where we could develop programmes to empower other people with disabilities in Djerba Ajim. Together with various deputies and the Minister of Employment and Vocational Training, we managed to reach the most vulnerable and raise awareness of their needs, leading to agreements to provide employment opportunities for those who were forced to drop out of school at an early age due to their disability, and ensuring their socioeconomic reintegration into society.”

In addition to this, Kotersi supported fundraising efforts for the Djerba Ajim Organization for the Intellectually Disabled. This support resulted in various entrepreneurial and craft training for young women at the centre who, upon graduating, now sell their products from home to earn a sustainable income.

As part of the COVID-19 response in Djerba Ajim, the Municipal Council has also provided cash assistance to women entrepreneurs who suffered loss of income during the lockdown period.

Kotersi was among 40 young local leaders who received trainings in gender-sensitive approaches to local development, planning, budgeting and legal frameworks through a joint programme on sustaining peace in Tunisia, supported by the Peacebuilding Fund and UN Women, in partnership with UNDP and UNESCO.

“This project has reached out to young people from diverse backgrounds and contexts in Tunisia, who are overcoming multiple obstacles in their communities, while developing their leadership skills,” says Begona Lasagabaster, UN Women Representative in Tunisia. “Young women and men are the present and future of these communities, making them key actors in achieving sustainable development, equality, and an improved quality of life for all.”

Related News
28/02/2022
"I will call my shop ‘The powerful woman"
20/10/2021
Arab Women’s leadership and achievements celebrated at UAE Awards ceremony
12/08/2021
From where I stand: “Once we empower women, we empower everyone.”
04/07/2021
Youth Blog: The Gender Digital Divide in the MENA Region: Innovation in Times of Crisis
16/06/2021
Media Advisory: Launch of the Princess Sabeeka Bint Ibrahim Al-Khalifa Global Award for Women’s Empowerment
END_OF_DOCUMENT_TOKEN_TO_BE_REPLACED