From where I stand: “Women have to be at the heart of the Africa of tomorrow”

Mehrezia Maïza Labidi chaired many of the plenary sessions that led to the birth of Tunisia’s new constitution, which includes a clause guaranteeing women’s rights. A vocal advocate for young women's participation and leadership in politics, she took part in the High-Level Women Leaders’ Forum for Africa’s Transformation and the launch of the African Women Leaders’ Network. 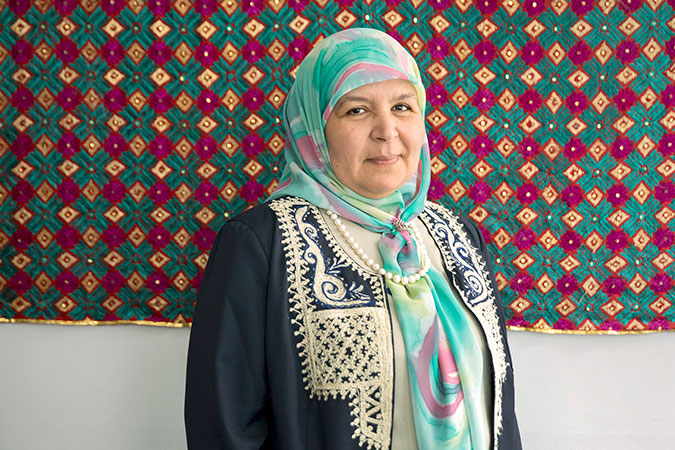 I chaired a majority of the plenary sessions on Tunisia’s new constitution. It was my first time in politics, and I ended up writing a constitution!

But it wasn’t easy, the constitutional debates were always very tense. One day everyone was asking for the floor, speaking at the same time. It was chaos. One of my male colleagues wanted the floor. When I refused, asking him to respect the process, his answer stunned me. He said: ‘Respect? I have no respect for you, you are a woman.’ He thought I could not chair the session, just because I was a woman.

We hadn’t established the standing rules yet, but I made a decision to pause the session, and asked the colleague to come to my office for disciplinary action. I looked strong, but I was trembling inside.

Something changed that day. It gave me credibility. People started to pay attention.

A researcher recently told me that young women interested in politics in Tunisia consider me to be a role model. It’s a heavy responsibility! I want young women to believe that they have capacities. I always tell them, when you have an opinion, give it; don’t be shy. I also tell them never to settle for second or third place when they can be first.

I want the African Women’s Leaders Network to give visibility to women leaders across Africa. I want us to share and empower each other. Women have to be at the heart of the Africa of tomorrow.”

Mehrezia Maïza Labidi is a Tunisian politician and professional interpreter. In 2012, she chaired many of the plenary sessions that led to the birth of Tunisia’s new constitution, including a clause guaranteeing women’s rights. Currently, she heads the Women and Family Committee in the Tunisian Parliament and is a member of the Ennahdha Party Executive Bureau. In May 2017, Ms. Labidi attended the High-Level Women Leaders’ Forum for Africa’s Transformation and the launch of the African Women Leaders’ Network, supported by UN Women, the African Union and the Permanent Mission of Germany. Her story highlights the importance of Sustainable Development Goal 16, which aims to promote peaceful and inclusive societies and to build effective, accountable and inclusive institutions at all levels, and SDG 5, which calls for enhancing women’s leadership and participation in all levels of decision-making, including in politics.

Read more stories in the “From where I stand...” editorial series.

Related News
19/02/2019
In the words of Rajaa Altalli: “Women are leading efforts to push forward in Syria”
19/10/2018
In the words of Tanya Gilly Khailany: “When it comes to women’s rights, there’s no room for diplomacy”
27/08/2018
Historic leap in Tunisia: Women make up 47 per cent of local government
20/08/2018
The Road towards a National Action Plan on Women, Peace and Security for Lebanon
11/02/2014
Tunisia’s new Constitution: a breakthrough for women’s rights
END_OF_DOCUMENT_TOKEN_TO_BE_REPLACED