HerStory: The Youth Movement Writing for Gender Equality in the Arab Sates Region

With a better understanding of the way women and girls live their lives, and the specific inequalities and injustices that hold them back every day, communities can better identify the challenges and find solutions to the inequalities. Recognizing the contribution of women through history can defy the current stereotypes about women and provide positive role models for girls and boys.

In 2016, ROAS initiated a collaboration between Wikimedia, Empower Women, the UN Secretary-General's Envoy on Youth and a group of volunteers, and launched HerStory to enhance and increase the content on Wikipedia related to women and gender equality with the overall aim to raise awareness and close the gender knowledge gap. Since its launch in the Arab States region, more than 500 volunteer editors have been trained and have edited over 2000 articles on Arabic Wikipedia during a series of HerStory editathons. Editathons are organized events where editors of HerStory edit articles regarding a specific topic or range of topics. During the editathons, the HerStory team trains volunteers to research, edit, translate, and upload articles that feature prominent women and gender issues to Arabic Wikipedia.

Why HerStory chose Wikipedia as a platform?

Wikipedia is the sixth-most-visited website on the internet and over 1,796,235 sites share links to Wikipedia pages. The emergence of interactive crowdsourced information may help to close the gender knowledge gap. As of 20 January 2018, there were 23,676 articles related to women on Arabic Wikipedia, representing only 4.2% of all the articles on Arabic Wikipedia, while the global gap is 15%. As such, Wikipedia can be a useful vessel in advancing knowledge about women, women´s achievements, and gender inequalities. The potential for reach can be found in its numbers: 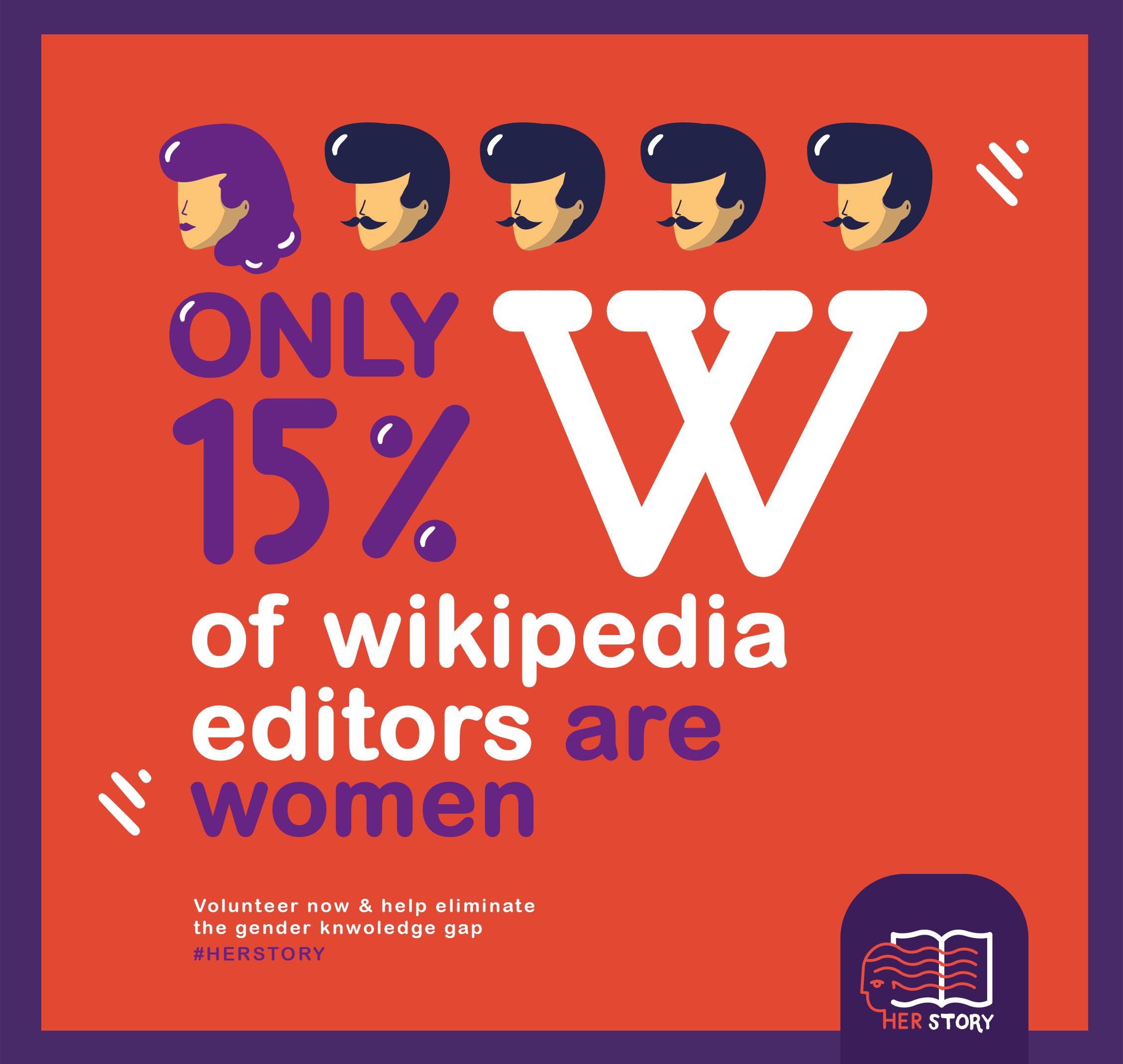 Regionally, UN Women’s goal for the HerStory initiative is to double the number of articles about gender and empowerment of women and girls on Wikipedia between 2018 and 2020 by editing existing articles to enhance its quality, translate featured articles from other languages, and adding new articles and photos about women and gender equality. In the Arab States, this target entails the production of 25,000 articles. 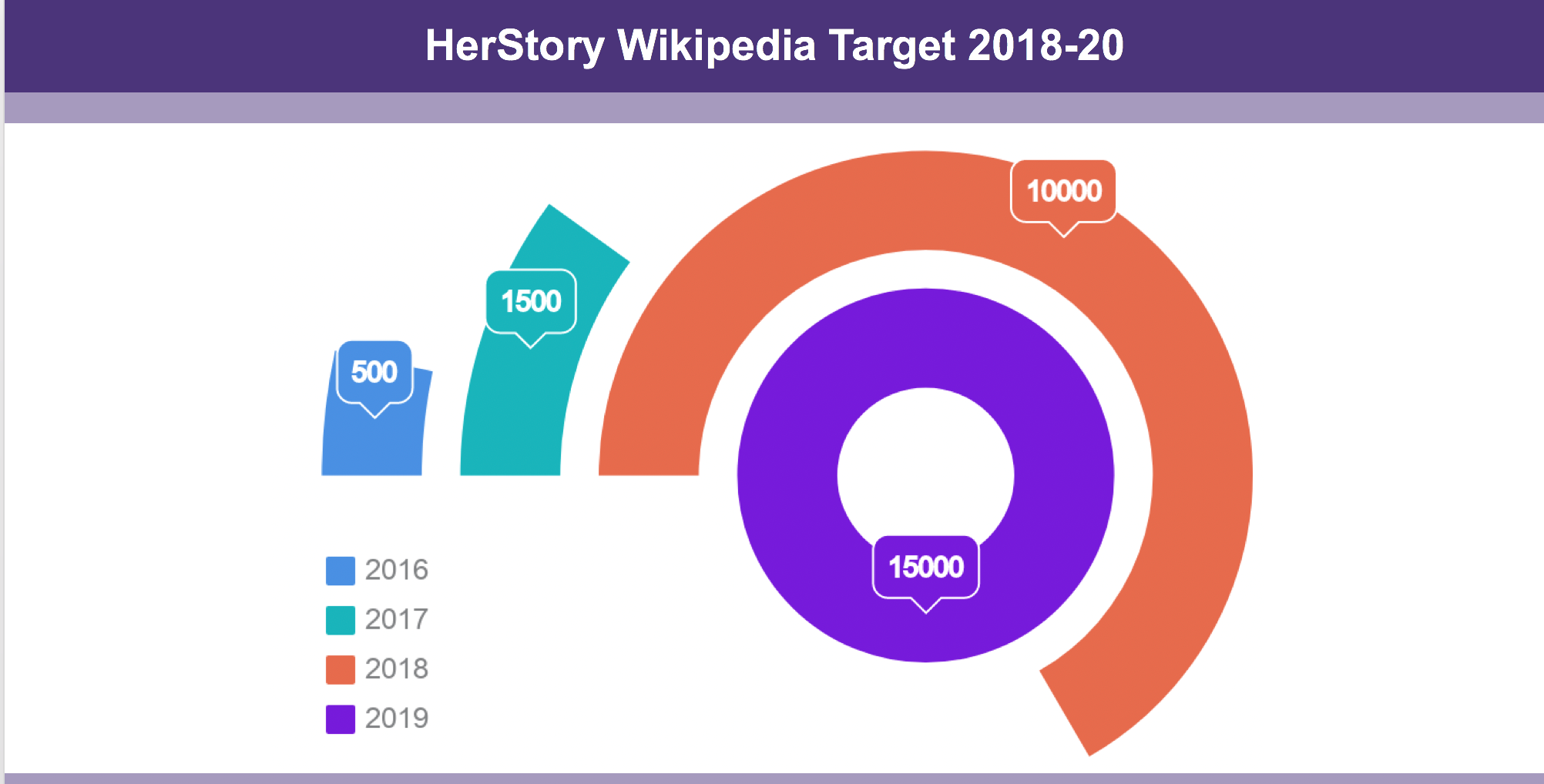 HerStory and the SDGs:

The 2030 Agenda for Sustainable Development recognizes that the spread of information and communication technology (ICT) and global interconnectedness has great potential to accelerate human progress, to bridge the digital divide and to develop knowledge societies. HerStory uses ICT to facilitate crowdsourced knowledge production and collaboration between volunteers by building the technical capacity of women and men to document the stories and contribution of women, and produce the foundational knowledge needed for the personal and career development of millions of women and girls.

HerStory is building a community of volunteers and gender equality champions that continues to work on enhancing the content on Wikipedia beyond editathons events. HerStory is managed by UN Women ROAS and coordinated by May Hashem member of the UN Women’s Gender Innovation Agora and other members who support in recruiting new volunteers, mapping the gender gap of their respective communities, and plan editathons in their community. HerStory coordinators and volunteers are recruited online via a public call and from organized youth groups and university organizations.

HerStory is grateful to all the partners who contributed technical, financial, and logistical support. Specially our champions:

Follow HerStory to know more about future activities and how to be part of the movement: #HerStory #قصتها

For more information about HerStory and how you can get involved, please contact:

Up one level
news