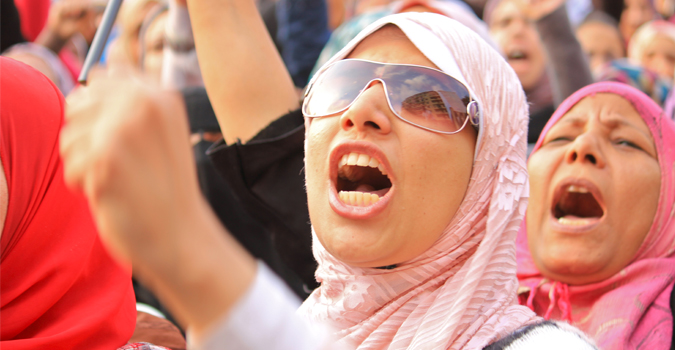 The Arab region has the lowest participation of women in political life globally, and is ranked the lowest in political participation on the gender gap index. At only 15.2%, the region is far behind the global average of 22.1% of women represented in parliament. Some countries have made efforts to embed gender equality in constitutions and policies, including a provision for a quota system, however, this is the exception rather than the norm.

UN Women’s leadership and political participation programmes are guided by international commitments made to women, including the Convention on the Elimination of All Forms of Discrimination against Women (CEDAW) that upholds women’s right to participate in public life, and the Beijing Platform for Action , which calls for removing all barriers to equal participation. In the Arab region, UN Women works with policy makers, civil society, elected officials and constituents to engage and enhance the participation of women in public life.

On the Regional Level:

A Regional Female Members of Parliament Network “Arab Female Parliamentarian Network for Equality” was launched in 2014 and operationalized in 2015. This network is considered a pioneering initiative, as it targets enhancing gender equality across the different thematic areas of concern. The network includes representation from the 22 countries in the Arab region. In 2015, the network will focus on mapping, analyzing and proposing amendment to the different laws/legislations pertaining to women’s political participation to enhance women’s representation in the different elected bodies.