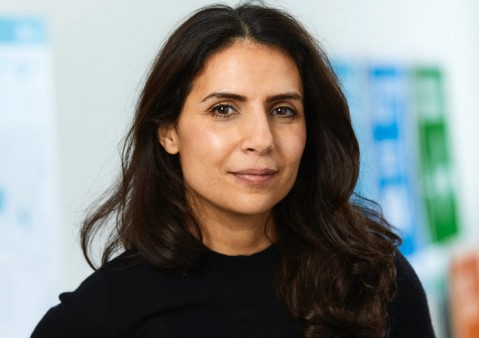 Ms Susanne Mikhail (Egypt/Sweden) is the Regional Director of the United Nations Entity for Gender Equality and the Empowerment of Women (UN Women) for the Arab States. In this capacity, she leads UN Women’s normative, programme and coordination work in the Middle East and North Africa.

Susanne brings with her over 20 years of experience in development and humanitarian work in the Middle East, Asia and Africa. Before, she was the Head of Humanitarian Aid at the Swedish International Development Cooperation Agency (Sida), covering over 25 countries, including Iraq, Jordan, Lebanon, Libya, Palestine, Syria and Yemen.

She has several years of experience in the UN system, including as the first Head of Office and Resident Programme Coordinator of UNICEF in South Sudan as well as the UNICEF Regional Office for South Asia, where she managed a number of regional protection programmes for children and women in countries such Bangladesh, India, and Sri Lanka, as well as humanitarian initiatives including on disarmament and reintegration of child soldiers in Afghanistan and Nepal.

Prior to UNICEF, she worked as Regional Advisor for the Middle East and North Africa for ECPAT International. She has also supported World Bank’s programmes on community-based economic development in fragile settings. In 1999, Susanne started her international career at OCHA in Africa, covering countries such as Burundi, Kenya Rwanda and Somalia. A national of Sweden and Egypt, Susanne holds a Master of Arts Degree in Political Science from the Uppsala University of Sweden.

UN Women and Finland shine light on women’s local peacebuilding in the MENA region and rally support for their vital contributions to peace
Call for proposals: Strengthening the capacities of women candidates, elected women, and women leaders in CSO’s as well as women and men in senior governmental positions on WPS and women's role in peacebuilding and conflict resolution
Statement by UN Women Executive Director on the killing of Shireen Abu Akleh
First Person: Levelling the gender playing field in Jordan
Call for proposals: Promoting women’s role in peacebuilding efforts in Syria
END_OF_DOCUMENT_TOKEN_TO_BE_REPLACED