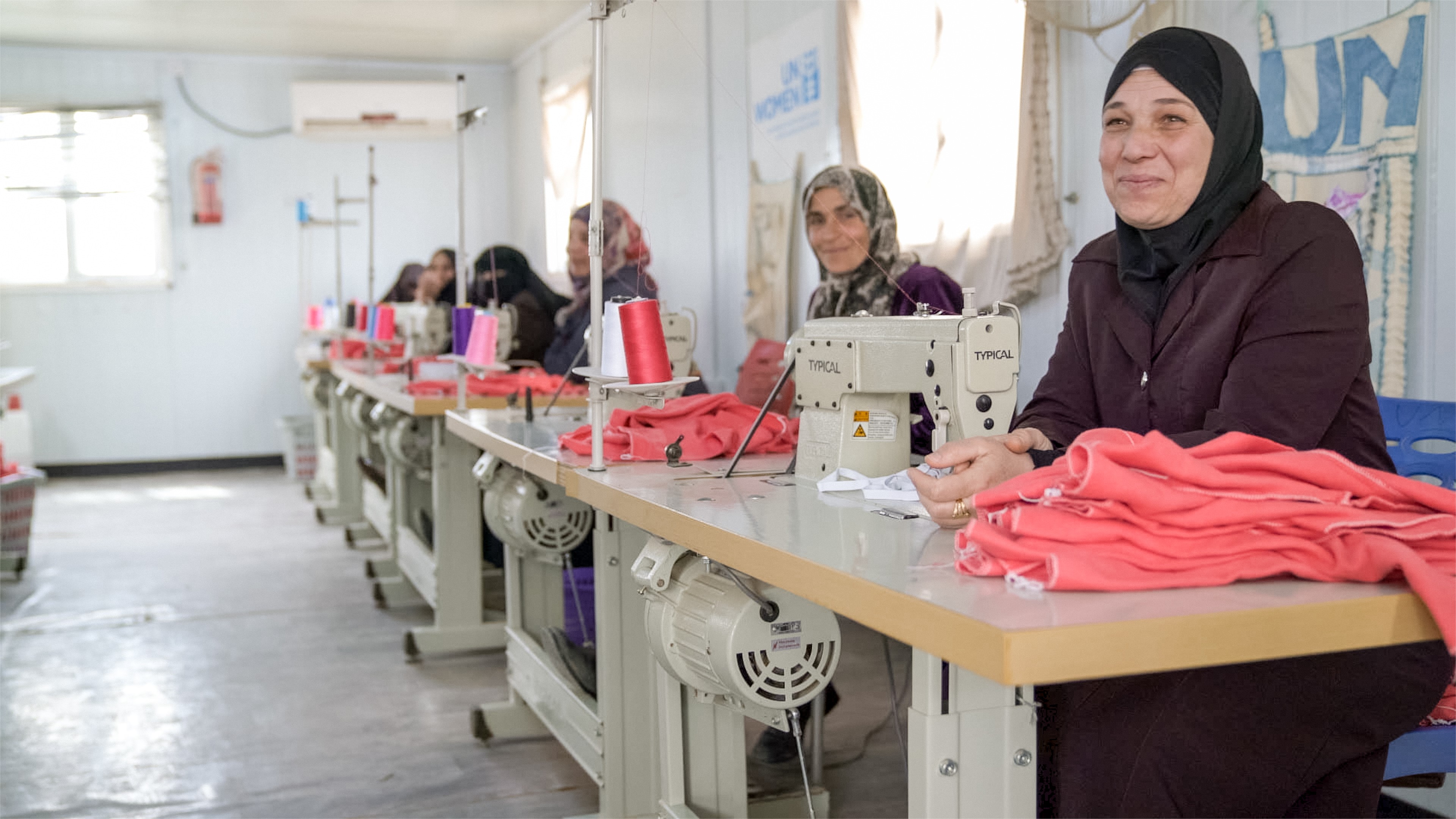 ‘Oasis Center for Resilience and Empowerment of Women and Girls’ operated by UN Women in the Za’atari refugee camp in Jordan. Credits: UN Women/Christopher Herwig

Since the ratification of the Convention on the Elimination of All Forms of Discrimination against Women (CEDAW) in 1992, Jordan has introduced new policies to promote its effective implementation. In addition to considerable investments in the education and health sectors that have benefitted women and girls, Jordan has made important advances in the promotion and protection of women’s rights. In particular, a landmark parliamentary decision in August 2017 adopted a package of amendments to the Penal Code which included the abrogation of Article 308, which had exonerated rapists if they married their victims. In December 2017, the Government of Jordan adopted its first National Action Plan to implement United Nations Security Council Resolution (UNSCR) 1325 on Women, Peace and Security (2000).

However, challenges remain. Jordan currently ranks 135 of 144 countries in the Global Gender Gap Index (2017), with significant gaps persisting in implementation of international gender equality commitments. By way of example, the female participation rate in the Jordanian labor market is one of the lowest in the world, standing at 13.3% of women in comparison to 60.3%[1] of men. In addition, only three percent of Jordanian women who experience violence state a willingness to seek support. Pressure on service delivery is also aggravated by the large refugee population hosted in the country, which has an impact on vulnerable women and girls.

UN Women Jordan works to support the Government of Jordan’s efforts to continue to respond to the humanitarian crisis in the region while strengthening its own resilience, stability and security, within the global policy context of the 2030 Agenda and the Sustainable Development Goals (SDGs). UN Women applies a “resilience and empowerment” approach, designed to build the short and medium-term resilience of vulnerable refugee and Jordanian women, while also promoting the long-term enabling environment for their empowerment. UN Women aims to achieve this through three key areas of work: policy development and global norms; women’s economic empowerment; and women’s voices in peace, security and humanitarian action. For more information, please visit the UN Women Jordan website at http://jordan.unwomen.org/en

UN Women and Finland shine light on women’s local peacebuilding in the MENA region and rally support for their vital contributions to peace
Call for proposals: Strengthening the capacities of women candidates, elected women, and women leaders in CSO’s as well as women and men in senior governmental positions on WPS and women's role in peacebuilding and conflict resolution
Statement by UN Women Executive Director on the killing of Shireen Abu Akleh
First Person: Levelling the gender playing field in Jordan
Call for proposals: Promoting women’s role in peacebuilding efforts in Syria
END_OF_DOCUMENT_TOKEN_TO_BE_REPLACED