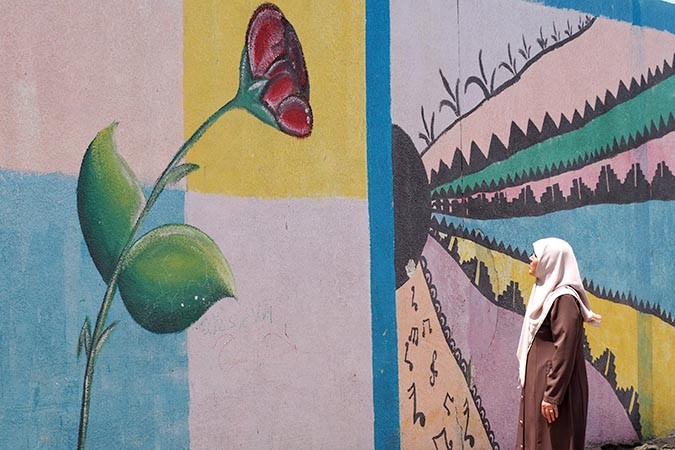 Decades of occupation and political conflict have had a significant impact on the socio-economic situation of the population of the State of Palestine and, in particular, have increased women’s vulnerability to social and economic insecurity and violence. With limited opportunities for employment and entrepreneurship, many Palestinian women have been obliged to enter the informal labour force, which renders them at risk of economic and other forms of exploitation. Women and girls continue to be vulnerable to complex systems of violence, based on continuing military occupation, violations of fundamental human rights, and a growing humanitarian crisis, compounded by patriarchal norms. While women participate in a range of roles in the political realm, their participation and representation remain limited in decision-making, political processes and peace and security actions. Palestinian women are under-represented in peace talks and internal reconciliation committees and further efforts are required in order to integrate Palestinian women’s experiences, concerns and priorities into political processes, including in key processes to achieve Palestinian statehood.

Protracted protection and humanitarian crisis due to prolonged occupation.

In response to the above challenges, the State of Palestine has taken a number of steps to address gender inequalities, including the ratification of the Convention on the Elimination of All Forms of Discrimination against Women (CEDAW) in 2014 without reservations, the development and implementation of the National Strategy to Combat Violence against Women for 2011-2019, the National Cross-Sector Strategy to Promote Gender Equality, Equity and Women’s Empowerment for 2017-2022; and the National Action Plan (NAP) on the United Nations Security Council Resolution 1325 n Women, Peace and Security for 2017‐2019 among others.

All programmes are aligned with the Palestinian Government’s national development priorities and are geared to enhancing national ownership and capacity to implement national gender equality commitments. Besides, in response to the immense humanitarian needs caused by years of occupation and political strife, UN Women works on engendering humanitarian and development response, particularly through coordination efforts within the UN system and establishing linkages of humanitarian and development actors in Palestine. It also closely cooperates with the civil society to advance social, economic and political rights and opportunities for and by women and girls, placing special focus on the most marginalized and furthest left behind groups. These include Bedouin women, women with disabilities, young women, women survivors of violence, elderly women and women living under the blockade in the Gaza Strip.

More information can be found at http://palestine.unwomen.org/

UN Women and Finland shine light on women’s local peacebuilding in the MENA region and rally support for their vital contributions to peace
Call for proposals: Strengthening the capacities of women candidates, elected women, and women leaders in CSO’s as well as women and men in senior governmental positions on WPS and women's role in peacebuilding and conflict resolution
Statement by UN Women Executive Director on the killing of Shireen Abu Akleh
First Person: Levelling the gender playing field in Jordan
Call for proposals: Promoting women’s role in peacebuilding efforts in Syria
END_OF_DOCUMENT_TOKEN_TO_BE_REPLACED