In the words of Haniya Salem Abukhirais: “After Sirte was liberated from ISIS, I was adamant to rebuild the city” 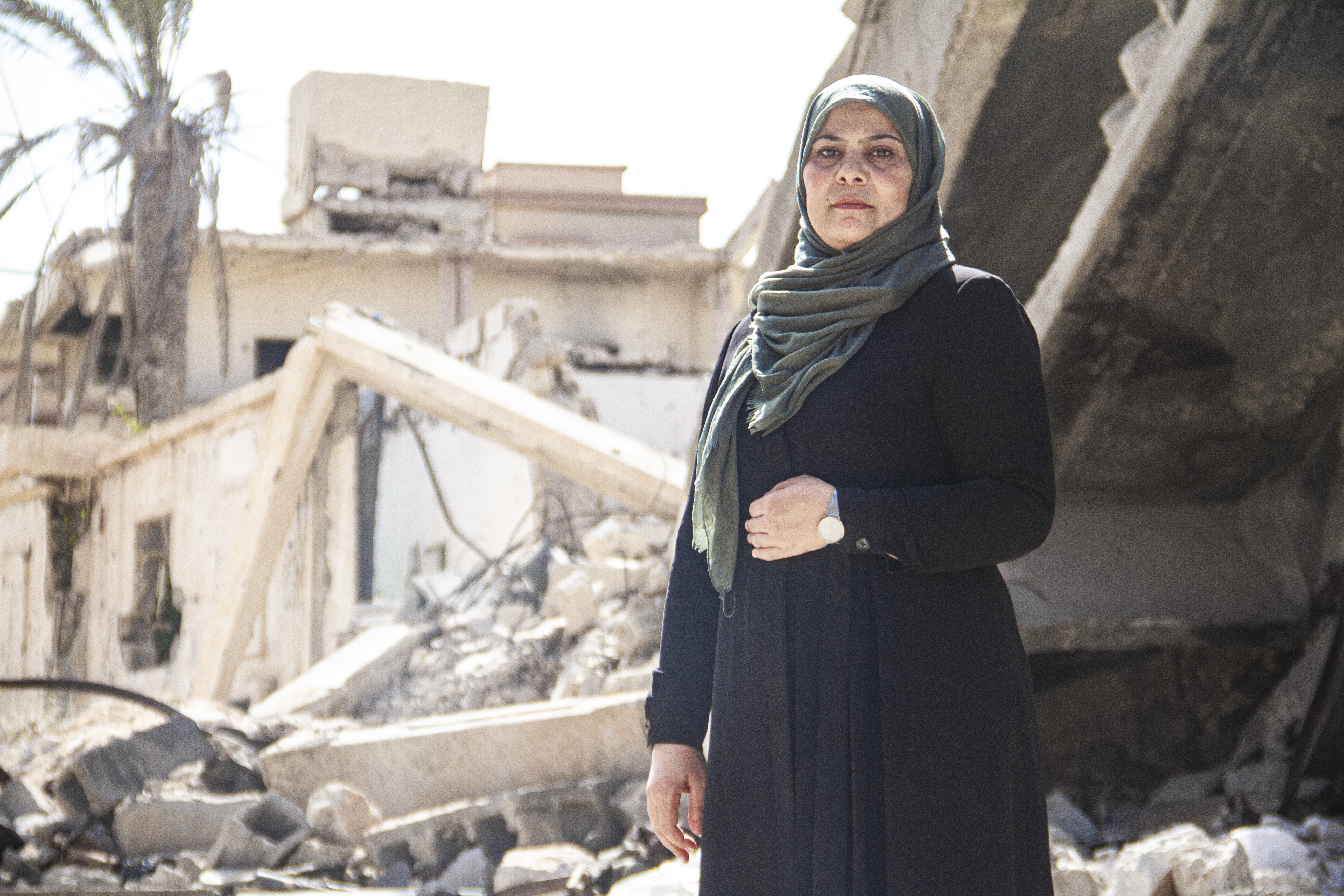 After years of conflict and the occupation of ISIS, Sirte’s infrastructure has been heavily damaged. Haniya Salem Abukhirais, a member of the Municipal Council, has been leading reconstruction efforts in the city. Photo: Courtesy of BENDALLA.

Haniya Salem Abukhirais is a member of the Libyan Women’s Network for Peacebuilding, a UN Women-supported group representing a broad social, political, generational and geographic spectrum of women working to achieve peace in war-divided Libya. In 2014, she was the only woman elected to the Municipal Council of Sirte. However, ISIS occupied the city shortly thereafter. Since Sirte was liberated from the extremist group in 2016, Abukhirais has been leading reconstruction efforts in the city.

“One of the political novelties in Libya after the 2011 revolution was the introduction of municipal elections, marking the first major attempt to make a clear break from the past in local governance and a step towards democracy. For the first time ever, the Local Administration Law allocated at least one out of seven municipal seats to women and one to people with disabilities. On the ground, it was commonly interpreted that all other five seats were reserved for men. Although the ratio of men to women is still grossly unfair, at least now there is a quota guarantying at least one seat for women, so I decided to run for that seat in 2014.

There was no fierce competition among female candidates. The other women ran rather timid media campaigns because the public was not used to seeing posters of women candidates in the streets, and none of us dared to put up billboards with our faces. While the other candidates ran their campaigns on the radio and social media, I decided to visit some schools and speak to the teachers and students to understand their demands and concerns and gather votes. I was very happy and excited when I won that one seat. Just before I could start my work at the municipality, ISIS took over Sirte. To rule the city, the group spread fear and terror in the hearts of Libyans through public beheadings, including of women, children and the elderly.

Instead of helping govern the city, I found myself unable even to leave home alone without a male relative to accompany me. Women were ordered by ISIS to wear a niqab or face public beating and punishment.

Luckily, Sirte was liberated from the extremist group in 2016.

I was only able to start my job in 2017, three years after my election. I was full of enthusiasm but also felt a huge responsibility. After being ruthlessly ruled by ISIS, we needed to bring life back to the city and its people. We needed to revive the city’s institutions and services. I was very happy to be part of this transition, but this was not easy for a woman.

Several religious organizations in Sirte rejected me simply because I am a woman. My biggest problem was to learn how to show the male members of the municipal committee that I have the same status as them: I am an elected member and I have rights and duties. With the law on my side, I managed to exercise my right to serve the people of the city.

Since 2017, I have worked on several municipal projects including health, public safety, labour and social affairs. I held many dialogues to discuss the needs of women and how to achieve their demands through the municipal council. Most importantly, I have been responsible for the most crucial and challenging portfolio: Architecture and Reconstruction, which allowed me to work on urban rehabilitation. After the 2011 revolution and the ISIS occupation, much of the city’s public infrastructure was destroyed. Libyans were adamant to rebuild and revive the city in a way that reflected the needs of all of its inhabitants, including women and the youth.

Probably the hardest challenge I faced was when the five council members created a petition to undermine my appointment to the reconstruction portfolio. But again, with the law on my side, I continued to work on the project.

Through my work, I want to show that Libyan women are capable of leading and effectively participating in decision-making. Women’s participation in the social, economic and political life is the best way to challenge stereotypical views that negate women’s ability to lead.

To achieve peace and transition towards democracy, Libya needs to enhance women’s participation in all aspects of peacebuilding, transition and governance. Our biggest challenge is that women still face many hurdles in accessing the basic skills needed to engage in political and administrative institutions. That’s something we need to work towards now: how to empower women –half the society – to be part of peacebuilding and reconstruction efforts.”

Related News
18/08/2020
From where I stand: “Despite all the challenges, I am a firm believer in humanitarian work and its importance at this critical juncture of Libya’s history”
27/09/2021
Youth blog: End the Monopoly on “Peace”
19/08/2021
Amal Barakeh, a peacebuilding trailblazer for Libyan women
12/07/2021
Joint Statement on the Syria Cross-Border Security Council Resolution Renewal
21/06/2021
Libya’s Ministry of Women’s Affairs and UN Women agree to collaborate on a National Action Plan on Women, Peace and Security
END_OF_DOCUMENT_TOKEN_TO_BE_REPLACED