After she ended her relationship with her boyfriend of five years, Malika Saidi’s* life was turned upside down. To ‘punish’ her, her ex-boyfriend threatened to upload sex videos of her (that he had taped without her consent) to social media, and to send the videos to her family and colleagues, to destroy her reputation. 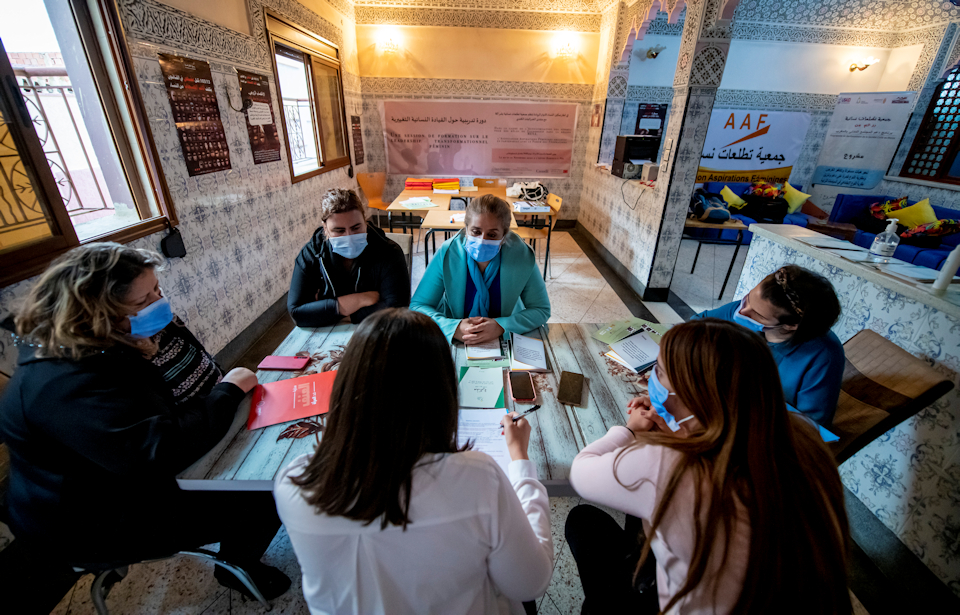 The Moroccan Penal Code criminalizes sexual relations outside of marriage and does not define rape. This deters many women in non-marital relationships, and survivors of rape, to report sexual violence for fear of being prosecuted themselves. In fact, a significantly higher number of people are charged for illicit sexual relations and adultery under the Penal Code than for crimes related to violence against women. According to a national survey on violence against women in Morocco, only 3 out of 100 women subject to sexual violence lodge a complaint with the police or other competent authorities.

Since 2018, UN Women, with funding from the Government of Canada, has supported a national advocacy network - Coalition du Printemps de la Dignité (Spring for Dignity Coalition) - to scale up the women’s rights movement in Morocco and to influence legislative reforms.

“I’ve always been fascinated and inspired by Moroccan feminists like Hayat N’dichi. This generation of charismatic feminists opened many doors to the next generation. I asked myself, what is stopping me from being like them? Nothing!” says Hakima Rekaibi, a women’s rights activist at Association Aspirations Féminines (Feminine Ambitions) based in Meknes, a civil society organization that coordinates the Coalition du Printemps de la Dignité. 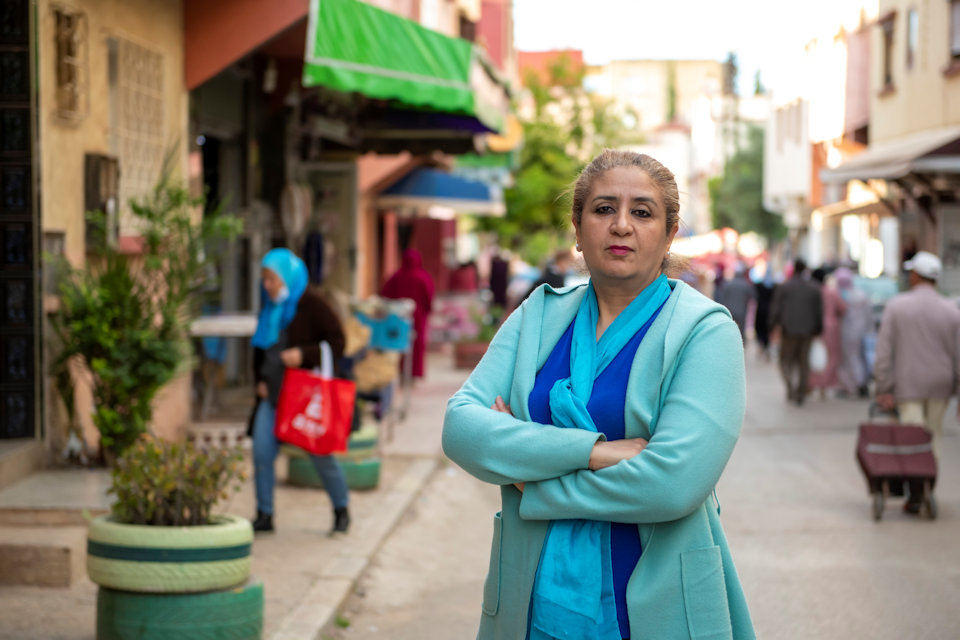 In 2019, the coalition, which consists of 25 women’s organizations, organized four workshops to collect the experiences and demands of women and girls, including survivors of violence. Their voices fed into a memorandum on a draft bill to reform the Penal Code. The memorandum requested that women’s full equality, and the protection of survivors of violence, be included under the Penal Code; that sexual relations outside of marriage and abortion based on a woman’s will be decriminalized; and that rape, including marital rape, be defined. “The battle for women’s rights and for the rights of survivors of violence is about giving them a voice,” says Rekaibi.

The memorandum was presented to the country’s six major political parties, and to both chambers of the Moroccan Parliament, between 2019 and 2020. 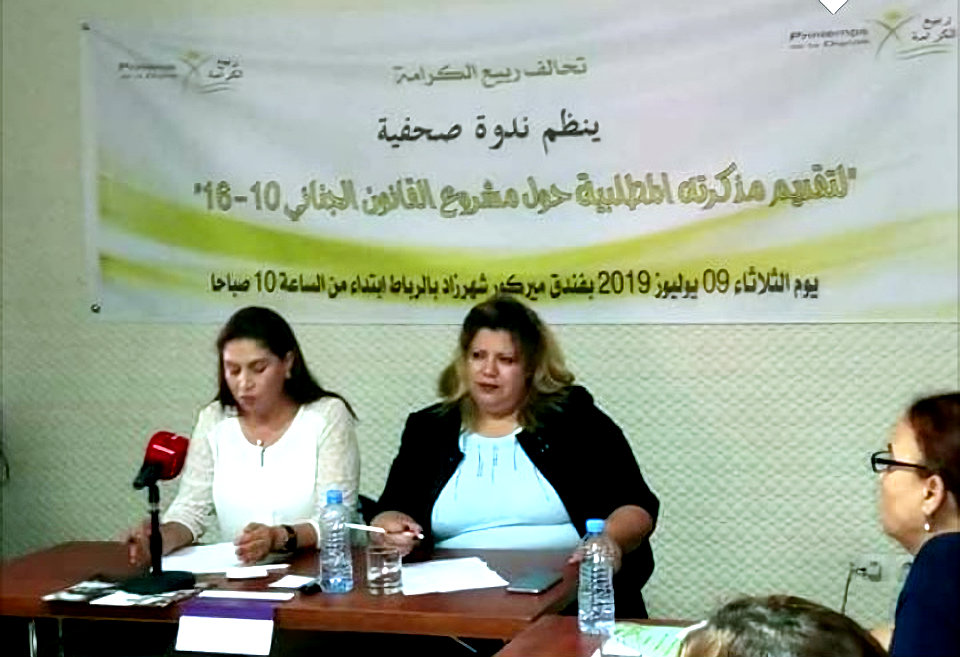 In March 2020, Rekaibi organized 150 survivors of violence to march in the city of Meknes under the banner “No justice or equality without full rights of women”. Amid the pandemic in November 2020, the coalition also produced a music video, “My dignity”, translating the memorandum into a song for a broader public audience.

For my dignity. Change the Law. Who’s with me? Equality is all we ask.

My body is my own. Pregnancy is personal. My fate is in my hands. Let the Law protect me from those who steal.

How can he rape me, violate me, let me down, and walk out free? Lift his sanction and tie me down.

For my dignity. Change the Law. Who’s with me? Equality is all we ask.

“Previously, there were no specific laws to protect survivors of violence; no dedicated services for them. And there was a general feeling of fear and powerlessness surrounding women in our country,” recalls Rekaibi. “Being engaged in activism has changed me and the vision I have for the world. Now, things are changing.” 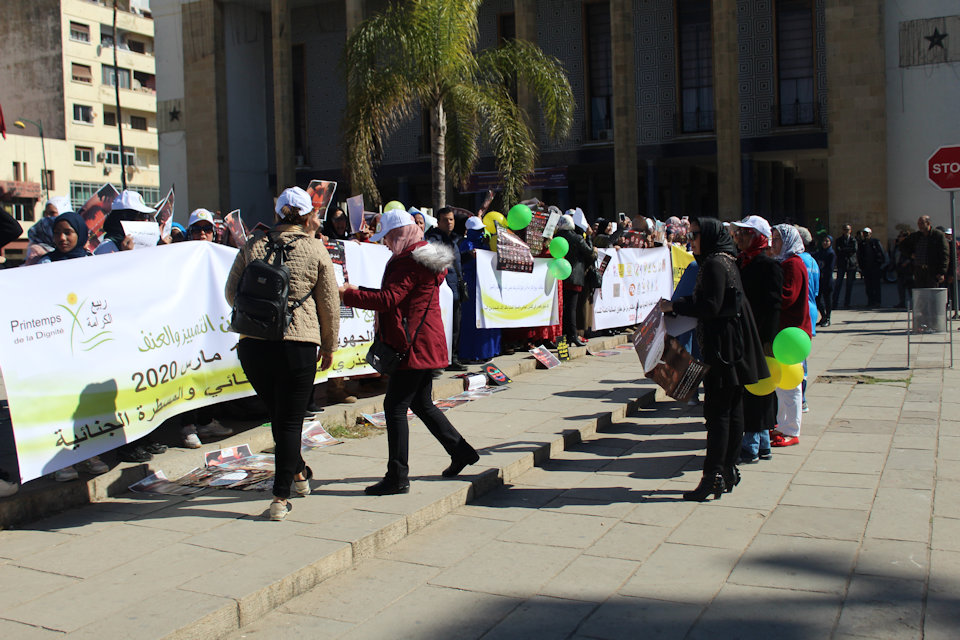 Women survivors of violence demanded full rights of women during the march around the city of Meknes in March 2020. Photo: Coalition du Printemps de la Dignité

Legislative elections in Morocco are scheduled for September 2021, and aided by the Coalition du Printemps de la Dignité and other women’s movements that have swept across the country, some members of Parliament have spoken out in favor of the repeal of discriminatory provisions under the Penal Code.

UN Women, together with UNFPA, UNDP, UNODC and WHO, have developed a Regional Flagship Programme to address Violence Against Women and Girls in the Arab States to bridge research with policy recommendations, provide guidance to adapt international standards in service provision to the region, and strengthen interagency understanding and collaboration in areas such as prevention. UN Women Morocco supports the advocacy efforts of the NGO, Association Aspirations Féminines, with funding from the Government of Canada.

*Name changed to protect the identity of the individual

Related News
01/09/2021
In the words of Mariam: “Once I had a lawyer with me, everything changed”
20/08/2021
Youth blog: Climate Change and COVID-19: Two crises that threaten gender equality
25/01/2021
Civil society ‘listeners’ team up with enumerators to track violence against women in Morocco
28/06/2022
Appel à propositions pour la production d’une analyse des cadres légaux relatifs à la protection des droits des femmes
14/06/2022
In the words of Amina: “Perhaps the law is finally on my side this time”
END_OF_DOCUMENT_TOKEN_TO_BE_REPLACED