In the words of Suz: “I was on the verge of collapse, now I am starting my life anew” 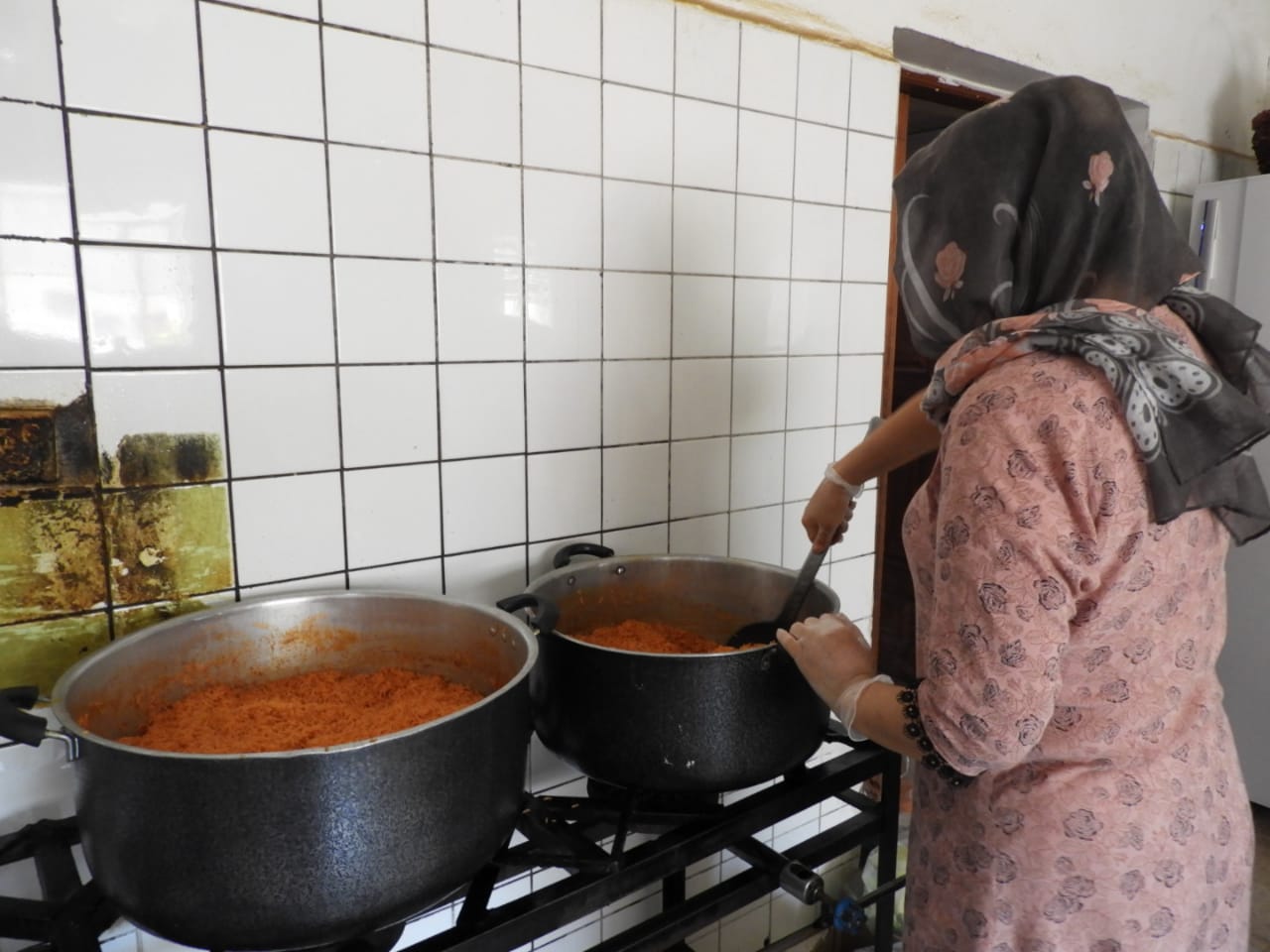 Suz cooking for survivors of violence at a women’s shelter in the Kurdistan region of Iraq. Photo: Courtesy of MoLSA

Suz*, 32, was forced to marry against her will at the age of 15. In 2015, she ran away from her husband and sought refuge in a shelter managed by the Ministry of Labor and Social Affairs (MoLSA) in the Kurdistan Region of Iraq. This is one of four women’s shelters supported by UN Women’s regional programme “Strengthening the Resilience of Syrian Women and Girls and Host Communities in Iraq, Jordan, and Turkey,” funded by the European Union, the EU Regional Trust Fund in response to the Syrian Crisis (the EU Madad Fund).

“I could not complete my studies. My family forced me to drop out of school to marry a man I did not like. My life with him was like hell. I was unhappy. He treated me badly. I asked for a divorce, but my family and his did not agree. According to them, divorce would bring shame on the family. So I ran away and took refuge in the shelter five years ago. I was suffering from poor health and psychological distress. I was not able to eat or sleep at the time. But since then, the shelter workers and doctors have helped me a lot. They gave me hope again and encouraged me to be strong so that I could face life's challenges.

I was in the shelter when the Madad project was launched. The project’s activities were excellent, especially the stress-relief activities that helped us feel better, such as handicrafts, yoga, aerobic exercises, drawing and writing courses. There were also vocational trainings such as sewing, embroidery, cooking and baking. These courses have had a very positive impact on the women in the shelter, many of whom have become skilled and some started to use their new skills to make a living.

I have now become a good tailor and I make my own clothes. With the other women here, we sew bed sheets for the shelter, so they don’t have to buy them ready-made.

These trainings and activities have helped violence survivors become more extroverted and engaged instead of doing nothing. Some of them were able to make a living by helping prepare the shelter’s meals for a daily wage. I was one of the women who were given the opportunity to work as a cook in the kitchen.

At first, the experience was very difficult because it was not easy to cook for a large number of women. But with encouragement from the shelter’s staff and psychological support, I started to have more confidence in myself and my ability to work and meet the everyone’s needs.

I now work as a cook in the shelter. I prepare three meals a day for nearly 40 people. I have come a long way and I am very proud of my work. I was on the verge of collapse, but now I am starting my life anew.