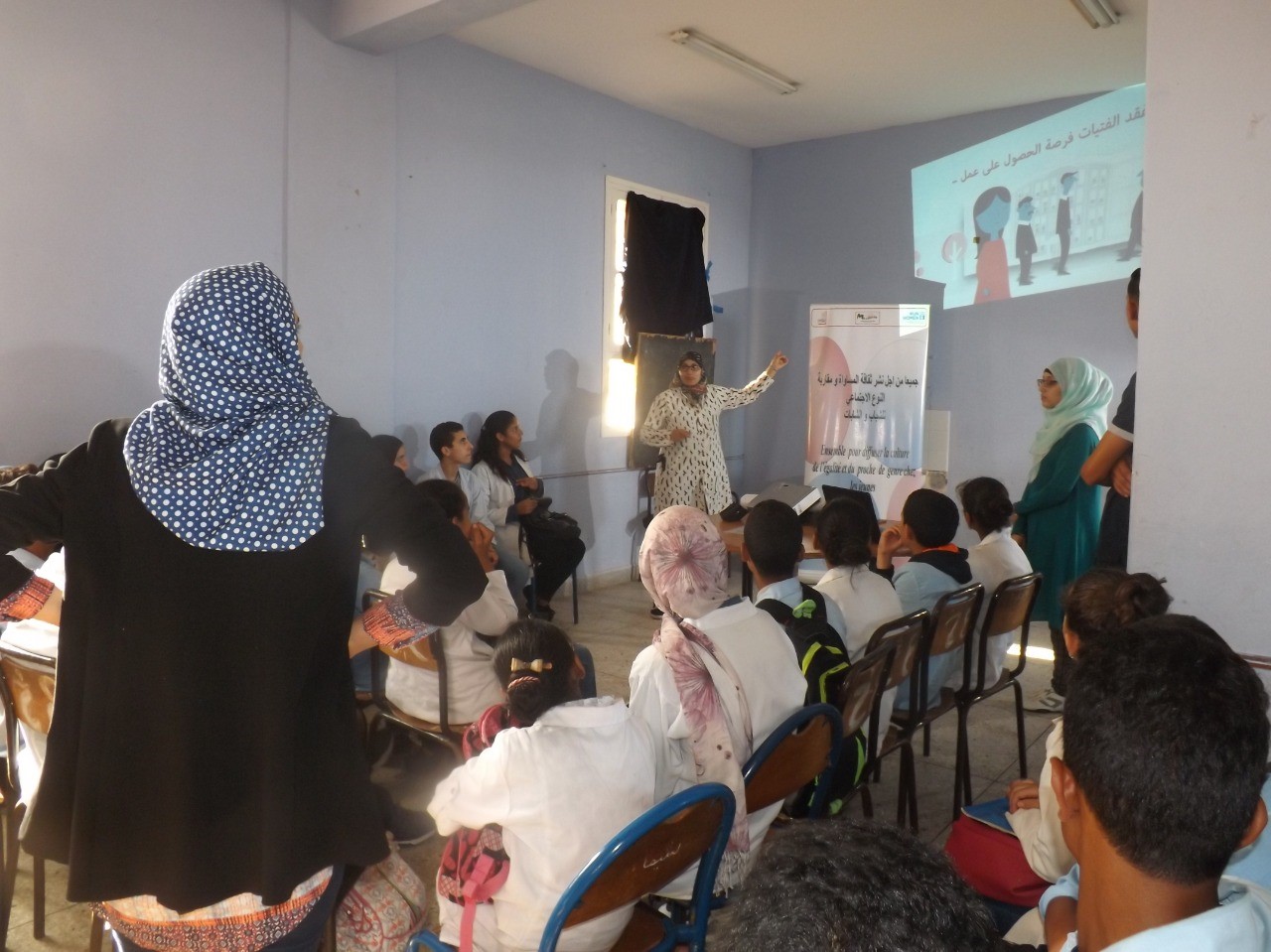 In northern Morocco, certain areas of Larache province experience severe social problems such as poverty, drug use, and widespread and entrenched gender discrimination. The situation in these neighborhoods might be bleak were it not for the efforts of local organizations like Association Mhashass Pour le Développement Humain, based in the city of Larache.

Working in partnership with UN Women’s Men and Women for Gender Equality programme, Mhashass conducts a range of activities from education to vocational training to theatre and sports to fight women’s unemployment and illiteracy, and to combat gender stereotypes.

“Mhashass is a neighborhood in Larache. I’ve lived there my whole life,” said Latifa Talidi, founder and Executive Officer of the association. “It used to be a prosperous neighborhood. But as northern Morocco’s economy declined, the area became a slum where kids are using drugs out of desperation.”

Reaching out to rural women has been a key part of the Mhashass approach. “We created a strategy: the first thing we had to do to help women in the province was end illiteracy. So we partnered with the Ministry of Education to offer courses on reading and writing to local women and we opened a center to teach weaving, pastry making, and hair styling. When they graduate from our center they receive a diploma, which they use to find jobs.”

In line with UN Women’s programme, Mhashass prioritizes the role of men as advocates for gender equality. “We work with UN Women to provide awareness-raising sessions in high schools for boys, and we offer trainings on masculinities and gender equality with the participation of UN Women across schools in the area,” Latifa said.

“Of the many men who we have sensitized to gender equality concepts, we’ve taken 24 young men and trained them to become training facilitators. These young men had originally been particularly resistant to our discussions on gender roles and domestic violence. They thought a woman staying at home to cook was natural, and domestic violence was a private affair. They used religion as a justification. But over time these ones ended up becoming the most ardent supporters. They are now role models for other young men in the community.”

Then there was the story of Atiqa, a girl who came from one of the rural areas around Larache city. She was from a poor family that was deeply unequal, where the daughters supported the father financially. Mhashass invited her to one of the training sessions on gender roles and masculinities after finding her in a school they were working in.

“After the trainings we gave, she bloomed. She rapidly grasped all the ideas of positive masculinity and gender equality,” said Latifa. “She can get up in front of a room and explain them to anyone now. She’s the first in the class. After the trainings, she went from timid and silent to joining our theatre and sports activities with boys. She’s now a young leader on gender equality in Larache, and we’ll be asking her to come work with us at Mhashass.”