In Lebanon, healing the wounds of violence through theatre

Through participatory theatre performances using acting and puppetry, women and men are speaking up to claim their rights, with some going on to become community mobilizers. 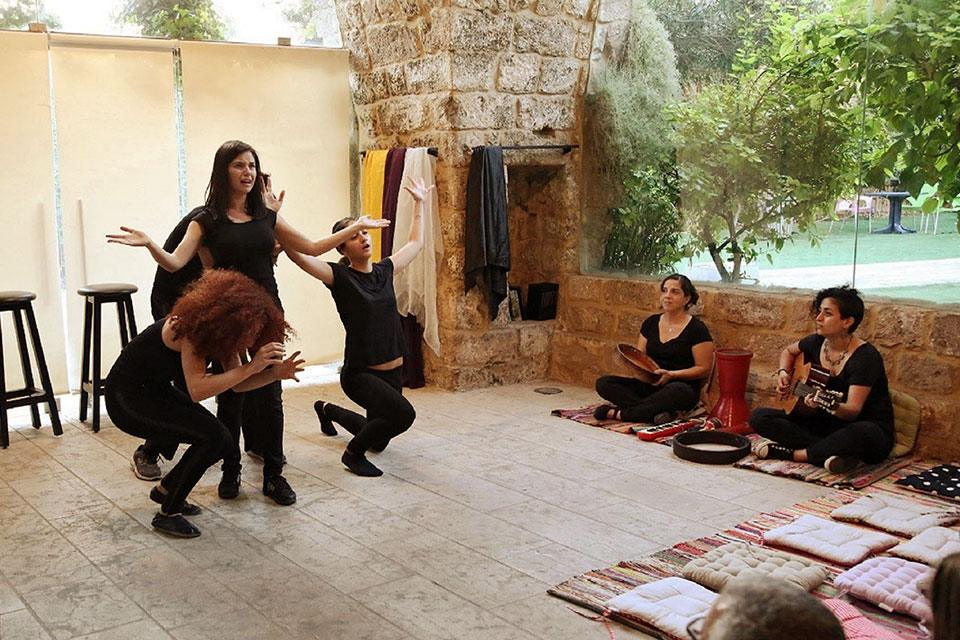 An interactive theatre performance at the Reading and Cultural Centre in Jbeil, Lebanon, highlights the impact of violence against women. Photo Courtesy of Georges Asmar.

It’s theatre night at Tekrita small community in northern Lebanon, and more than 150 people have gathered around the small stage.

Beneath the soft glare of the stagelights, Diaa and his wife greet two neighbours.

Motioning to his wife, Diaa beckons: “Go, get us some fruit.”

“We have no fruit in the fridge,” his wife responds, visibly terrified.

Enraged, Diaa moves menacingly towards her, as their neighbour stands up and tries to calm him down.

“All is ok; sit down,” Diaa reassures the man,

As he drags his wife off-stage, the crowd stirs at the sound of her screaming and being beaten.

Meanwhile, the neighbour’s wife pleads with her husband to help, but he shakes his head and calls out:

After the lights dim, the actors return on-stage and invite the audience to draw conclusions from the performance they just saw and to propose solutions that can protect women from violence in similar circumstances.

Since 2017, more than 900 women and men from rural  and  Syrian refugee communities, have taken part in artistic activities designed to make them re-think gender-based violence and enable them to highlight and discuss these issues within their own communities.

The initiative is run by UN Women in partnership with ABAAD, an NGO working to promote women’s rights across the Middle East and North Africa region.

“Art can trigger imagination and the creativity to [think] outside the box about daily problems. Art offers a window of opportunity to breathe, reflect and come up with solutions to vicious cycles in which we are trapped,” says Ghida Anani, Director of ABAAD.

Live puppet performances are also being used, drawing on the “Hakawati” persona—the storyteller in Middle Eastern cultures. The presence of a storyteller allows for the examination of attitudes and actions while addressing real accounts of discrimination faced by women. 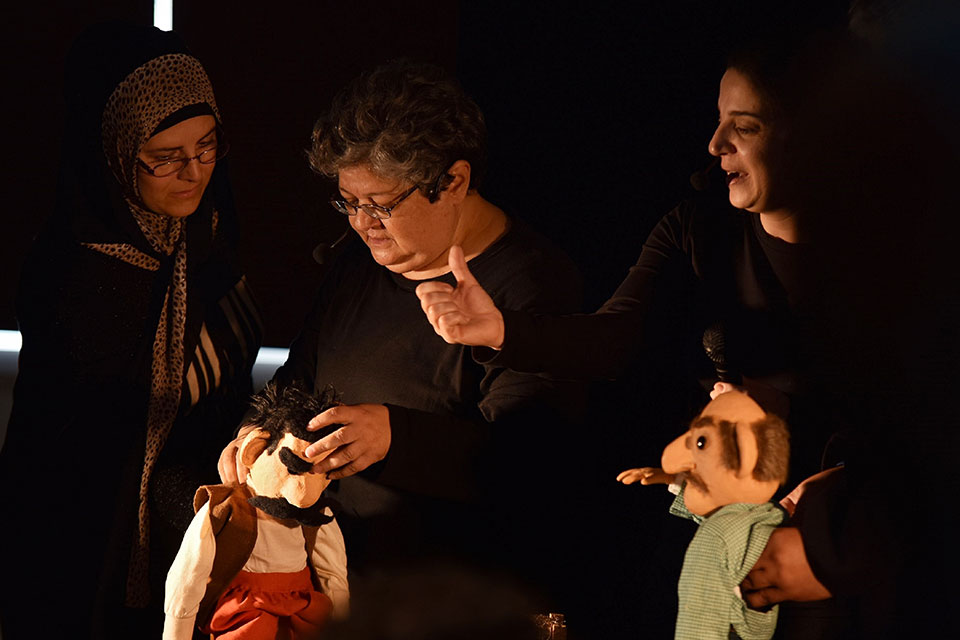 The performances often lead to women from the community reporting violence, and ABAAD provides them with counseling and legal assistance.

The programme has also engaged youth groups from the rural areas of Bazbina and Tekrit. After being trained in theatrical techniques and public speaking, they perform in schools to raise awareness of women’s rights, including women’s right to work, and the risks posed by early marriage.

“These performances were a way for us to be recognized as active change-makers within our communities,” explains Chadi Restom, 25 years old. He points out that the initiative has also helped to boost community cohesion. “Having both Lebanese and Syrians in the same performing team ensured diversity and facilitated building bridges with audiences from different backgrounds.”

These activities have been funded by the Ford Foundation and the Japanese Government, as part of  UN Women’s Resilience Programme.

“UN Women explores innovative ways to inspire behavioral and social change,” explains Begoña Lasagabaster, Special Representative of the UN Women Regional Director in Lebanon. “We endorse the initiatives of civil society across sectors to encourage women and girls to come forward on the issue of violence and to engage men and boys in accelerating progress in preventing and ending all forms of violence.”

Related News
08/12/2022
Call for proposals: Partners for Elements of UN Women Lebanon’s Thematic Area Women’s Political Participation (WPP)
01/09/2021
In the words of Mariam: “Once I had a lawyer with me, everything changed”
09/03/2021
Lebanon Must Declare Violence against Women a National Emergency
16/07/2019
Reforming the laws that forced women to marry their rapists
28/08/2017
In Palestine’s first One Stop Centre, women survivors of violence feel safe, protected and empowered
END_OF_DOCUMENT_TOKEN_TO_BE_REPLACED