Take Five: “It is important to have women with disabilities in sport so that they support one another” 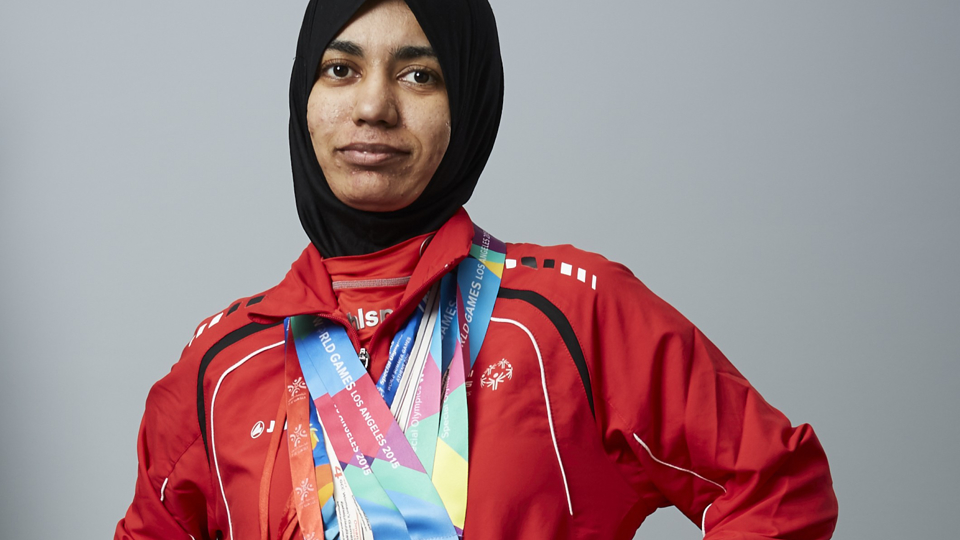 Hamda Al Hosani is a 33-years-old Emirati sprinter with more than 17 Special Olympic medals to her name. Since 2003, she has participated in multiple competitions in Syria, Egypt, USA, Tunisia, Greece, Jordan, Kuwait, and India. In 2019, Ms. Al Hosani was awarded an honorary doctorate from the Middlesex University in Dubai for her exemplary work in the field of sports and her role in inspiring and empowering people with disabilities throughout the Arab States. She is also the Sports category winner of the  Arab Woman Awards UAE 2021, organized by ITP Media Group with support from UN Women Regional Office for the Arab States.

How did you decide to become a sprinter? What inspired you?

I have always loved sports since I was a child. My hobbies were playing sports and listening to music. In the sixth grade, I was expelled and had to stay at home for a while because of epilepsy, and because girls at school felt apprehensive of me. Afterwards, my mother enrolled me in Zayed Higher Organization for People of Determination, where I decided to get into sports and represent the organization. I joined their club, where I played basketball at the beginning. Then, I discovered my passion for sprinting. Afterwards, I became a sprinting champion. My mom and I used to watch sprint races of athletes without disabilities, one of them was Jamaican sprinter Usain Bolt. I didn’t even know his name, but my mom encouraged me to be like him. Later, I specialized in running and set a goal to be like Bolt one day.

Growing up I saw many women with disabilities in sports, specially athletes with motor disabilities and I have always been amazed by their strength. I kept saying to myself “Why can’t I be like them? all that I am missing is just firm determination and will.”

How did your family react to your decision of becoming a sprinter?

My family has always supported my decisions. However, except for my mom, they did not expect that I would become a champion. She always encouraged me and my siblings and told us that there is nothing impossible. My mom has played a tremendous role with my sisters, myself, and everyone at the club. She was my mentor, as well as theirs. If one day I have a daughter, I will always support her choices and encourage her to realize her dreams.

Why do you think it’s important to have women with disabilities in sport?

It is important to have women with disabilities in sport so that they support one another. In this way, everyone gains something. For example, many people with motor disabilities do not lack any cognitive abilities or face difficulties in interpreting speech. 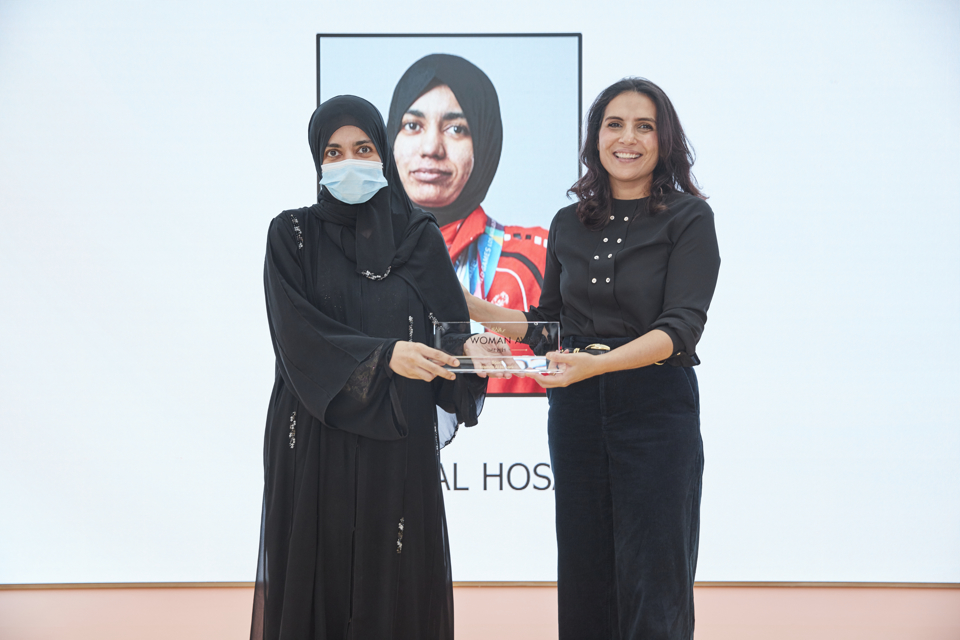 Do you have any suggestions for people with disabilities who want to get involved in sport?

I would like to encourage everyone playing sports to fight for their goals. Disability shouldn’t get in the way of anyone’s success. I would also like to send a message to every parent that they should always uphold their children and encourage them to realize their dreams. Only then, we will see persons with disabilities realizing their full potential.

As an Arab woman with a disability, what message would you send to other athletes?

I want to encourage all athletes and tell them that dreams do come true. Never give in to despair. Give training its right, and I assure you God will not let anyone's efforts go to waste. Hard work always pays off. I hope to see new champions rising after reading my message.

Related News
21/12/2021
Three couples in Lebanon are reshaping patriarchal roles at home
16/12/2021
Famous Actor Kerem Bürsin became the first National HeForShe Advocate for Turkey
10/12/2021
Looking forward: Lebanon must place women’s rights and gender equality at the forefront of its national reform agenda
05/12/2021
UN Women Executive Director first official visit to Jordan
02/12/2021
From where I stand: “As a taxi driver, men and women passengers would tell me that this is a man’s job, and I reply: this is a job, period.”
END_OF_DOCUMENT_TOKEN_TO_BE_REPLACED