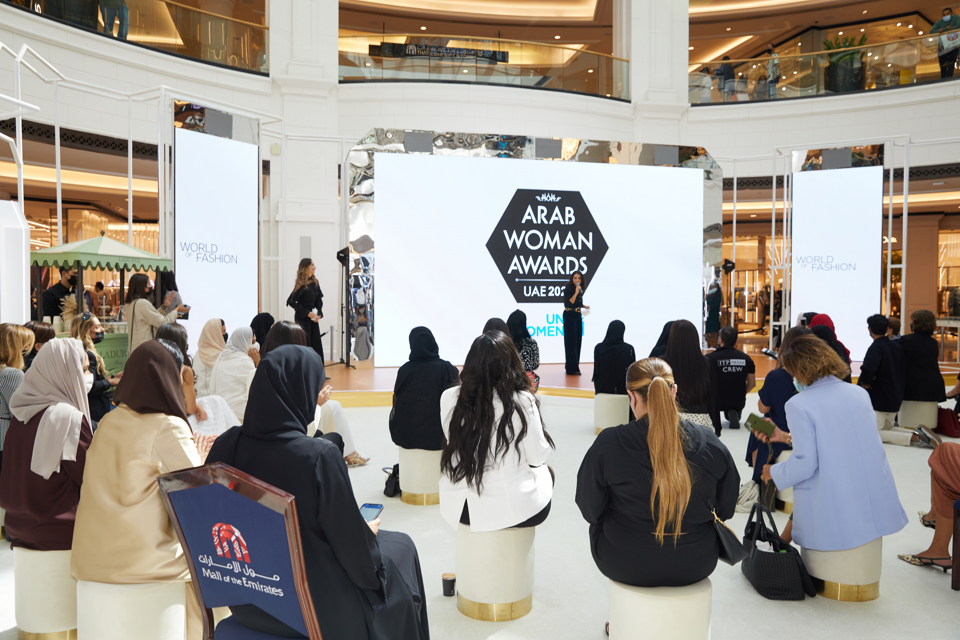 The Arab Woman Awards, organized by ITP Media Group in partnership with the UN Women Regional Office for the Arab States, announced the winners for its UAE 2021 edition in a ceremony hosted in Dubai on 13 October.

Established in 2009 by ITP Media Group, the Arab Woman Awards were created with the aim of raising public awareness of the significant achievements of Arab women, and to support the advancement of women’s public engagement and leadership by celebrating inspirational role models. The event provides an opportunity to shed light on inspirational Arab women and offers attendees and winners the chance to open communication channels, create networks and share their stories of success.

The United Arab Emirates Minister of State for International Cooperation, H.E. Reem Al Hashimy was declared unanimously as the country’s most inspiring woman for her leadership on Expo 2020 Dubai. Other winners included Sheikha Azza bint Rashid Al Nuaimi who was named “Humanitarian of the Year” for her work at the Himaya Foundation for creating a haven for women and children. Huda and Mona Kattan of the successful global brand, Huda Beauty, were applauded for their business acumen and for supporting women entrepreneurs through their venture, HB Investments. The “Lifetime Achievement” award went to Naziha Nasr, founding partner of Al Mawakeb Schools, who has dedicated over 40 years of her life to working as an educator, and who is often referred to as the ‘mother of education’ by her former students, parents, and team members.

“The Arab Woman Awards give us a wonderful opportunity to applaud women on their dedication and achievements - benefitting not only their respective industries but the overall economic development and prosperity in the UAE. These outstanding women, through sharing their knowledge and expertise, inspire others in the UAE and the region towards achievements of their own, that collectively help our societies to thrive,” said Susanne Mikhail Eldhagen, UN Women Regional Director for the Arab States.

Full list of winners of the Arab Woman Awards UAE 2021:

This year’s winners were selected by the Arab Woman Awards Board members including Alissar Nasr, Elham Al Qasim, Manal Ataya, HH Sheikha Maytha Hasher Al Maktoum, Nadine Maalouf, Paula Al Askari, Dr. Sawsan Al Madhi and Susanne Mikhail Eldhagen. The focus of the selection committee was to recognise women who are pioneers in their field and who use their positions positively to create an environment where other women can thrive.

The ceremony was hosted at the annual Harper’s Bazaar World of Fashion at the Mall of the Emirates in Dubai.

Related News
28/02/2022
"I will call my shop ‘The powerful woman"
12/08/2021
From where I stand: “Once we empower women, we empower everyone.”
04/07/2021
Youth Blog: The Gender Digital Divide in the MENA Region: Innovation in Times of Crisis
16/06/2021
Media Advisory: Launch of the Princess Sabeeka Bint Ibrahim Al-Khalifa Global Award for Women’s Empowerment
25/04/2021
ICT trainings for women in Lebanon facilitate access to job market
END_OF_DOCUMENT_TOKEN_TO_BE_REPLACED