I have always dreamt of being a football referee, but it was a dream that seemed to be unreachable at the time: I come from a small conservative town; therefore, it was difficult for my family to accept the fact that I wanted to pursue my career in sports. Fortunately, things have changed and today, at the age of 33, I am a Police Inspector at the Prefectural Directorate of the Judicial Police of the Meknes Police Headquarters (Morocco), an international football referee, and the mother of a 3-year-old girl!

I was raised in a patriarchal environment with older brothers who did not accept to see me dressed in shorts playing sports. For them, football was exclusively for men. However, my mother, who has believed in me since I was a child, secretly agreed to let me go out and play football with our neighbors.

The dream of becoming a policewoman has accompanied me throughout my childhood as well. When I was asked the usual question about what job I would like to do when I grew up, my answer was always "I want to be a policewoman". I am happy that I was able to fulfill my childhood dream while building my career as a referee.

Finding a balance between my work as an inspector and as a football referee is not an easy task. Luckily, my hierarchy and my colleagues give me the mental support that I need to get to where I am today. Indeed, the General Direction of the National Security in Morocco encourages its staff members to live out their passions. Among the police staff, we have colleagues who are passionate about culture, arts, and sports. There are even other football referees with whom I work!

My husband has also been very supportive, he has always supported me in whatever I decide to do. I met him when I was a referee; he was an assistant referee. When I decided to start the training to become a policewoman and join the police force, the idea seemed natural to him, coming himself from the military system, which allows us to exchange on the challenges that these two jobs can have.

I feel a tremendous sense of pride when people, especially women, recognize me on the street. A few days ago, when I was stopped at a traffic light, a woman leaned over to me and said through the car window, "Great work, we are proud of you. You are setting a good example for my daughters, so much so that they want to become police officers too.” I hope that this image will remain positive and that I will always be able to inspire other women to get involved with the General Direction of National Security.

If I have one piece of advice to give to women and girls: Choose a job that you like. There is no such thing as a job that is tailored only for men. If there is a job that men can do, then women can do it too. It is true that we can be different, but that does not affect women's ability to do the jobs that interest them. And I would add that even when they encounter difficulties along the way, they should never give up. Let them continue their efforts until their dreams come true! 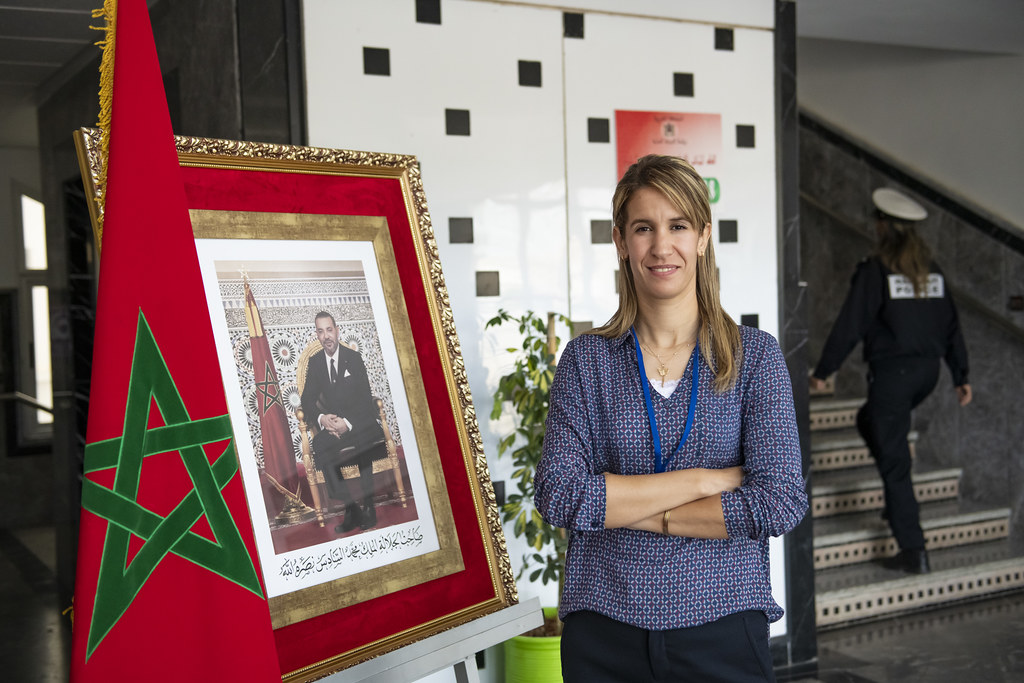