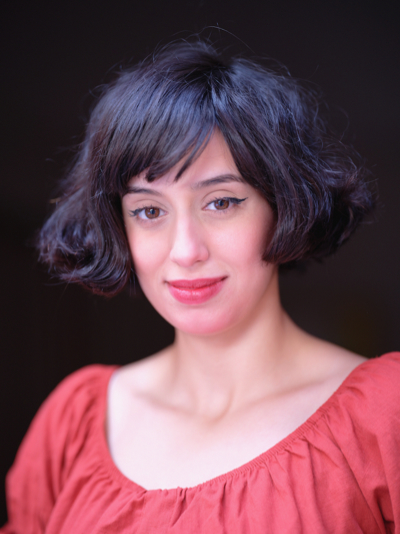 Zainab Fasiki, 26, is a comic artist and mechanical engineer born in Fez, Morocco. From a very young age she was interested in drawing and robotics. At age 15, she began to draw comics on her tablet and computer. In 2017, she graduated as a state engineer in mechanics in Casablanca. Driven by the discrimination she saw in the field of mechanics and the sexual harassment she experienced in the streets, and after collaborating on several art projects, Fasiki decided to become an artist and created the illustrated comic book and project Hshouma (shame), which aims to break taboos in Morocco, in particular to change the way women and her bodies are perceived in society.

What does feminist leadership mean for you?

Feminist leadership for me means taking initiatives to defend communities that suffer from political, social, economic and religious discrimination, in order to achieve social awareness about equality and legal reform based on the protection of all citizens, regardless of gender, race, social class, religion or sexual orientation.

What inspired you to become a feminist?

Being a woman in a patriarchal culture made me become a feminist. Also, I did not accept all the rules of society in order to be a respected woman. I believe that all women should be respected for what they choose and what they do, and to stop the male gaze and patriarchy that still controls our decisions.

How do you practice it in your life?

I use art, literature, and social media to illustrate messages to society and political leaders in Morocco through my books and artwork. Especially female nudity in art, because I believe that the female body is still controlled by patriarchy. In 2018, I created in Casablanca a feminist collective called Women Power to support talented young girls to realize their dream of being artists through workshops with coaches. In the same year, I created the Hshouma project, which means shame, to address the “hshouma culture” in Morocco that controls the female body and contributes to rape culture. I am an author of comic books that talks about gender inequality, gender identities, sexual orientations, secularism and individual freedoms in Islamic countries.

How and why is feminist leadership important today, specifically as we battle COVID-19 and its fallouts?

We need feminist leadership now because the pandemic has increased the gap between social classes and the power of patriarchy, as many women have suffered from domestic violence and femicide. Since social media became people's haven during the pandemic, there has been a lot of cyber violence against women and minorities. This is why we must maintain the movement of feminism in order to make justice.

Which feminist leader inspires you and why?

The feminist leader who inspires me is the Moroccan writer and sociologist Fatima Mernissi. She wrote about sexuality in politics and Islam as well as her childhood in a traditional domestic harem. She was born in fez, the city where I was also born.

Please mention three things any leader can do to lead with feminist principles.

Related News
04/11/2021
UN Women, The European Union and The World Bank launch two reports with a focus on economic and political opportunities for all women in Lebanon
10/09/2021
UN Women Statement in Response to Women’s Representation in New Lebanese Cabinet
05/09/2021
Women and girls raise their voices to demand equality under the law in Morocco
20/08/2021
Youth blog: Climate Change and COVID-19: Two crises that threaten gender equality
08/08/2021
I am Generation Equality: Bouchra Karboub, Police Inspector and international football referee
END_OF_DOCUMENT_TOKEN_TO_BE_REPLACED