Gender experts, government and UN officials along with civil society and private sector representatives from the Arab states region gathered at the 9th Kuwait Women’s Conference to discuss challenges and approaches in implementing Sustainable Development Goal 5 (SDG5) on gender equality and women’s empowerment.

Organized by Kuwait’s General Secretariat for the Supreme Council for Planning and Development (GSSCPD), the Women’s Research and Studies Center at Kuwait University, UNDP Kuwait and UN Women Regional Office for the Arab States, the 9th Kuwait Women’s Conference discussed lessons learned and key elements of success to overcome various policy and implementation bottlenecks to advance SDG5 in Kuwait and the region.

The event featured substantive discussions on the use of data innovation and statistics for gender empowerment, strategies to enhance women’s political participation and leadership, the role of the State and civil society to combat violence against women, inclusive approaches to strengthen women’s economic empowerment and the role of the private sector in promoting gender equality in the region, including through the Women’s Empowerment Principles.

"The #kwWomenConference will discuss the lessons learned from the region and key elements of success to promote #SDG5, support women's political participation as well as promote inclusion and equality in the workplace"
- Lubna Alkazi, @wrsc_kw 🇰🇼 pic.twitter.com/MwKLyJGeOw

"We are at a crossroads where accelerated action is needed to achieve the #SDGs, especially in the area of women's empowerment"
- @SarahPoole, @UNDPArabStates#kwWomenConference 🇰🇼 pic.twitter.com/hOrpMpBqlE

"We will continue to learn from governments, experts & activists, such as yourselves, to ensure we provide the best possible support to make gender equality & the empowerment of women & girls a reality by 2030"
- Moez Doraid, @UN_Women #ArabStates Reg Dir a.i. #kwWomenConference pic.twitter.com/MaaMqzsAxM

"Many discriminatory social norms & barriers need to be broken to advance women's economic empowerment and this is what we're aiming to do here"
- Ramesh Ramachandran, @EQUATEofficial#kwWomenConference 🇰🇼 pic.twitter.com/dKh1eRZBZP 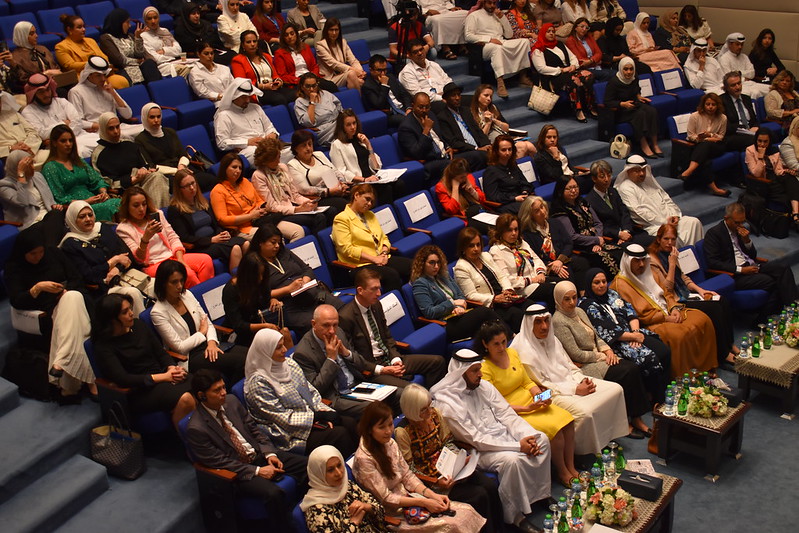