In the words of Fathia Mohammed Abdullah Obaid: “Women’s lives can change for the better with education” 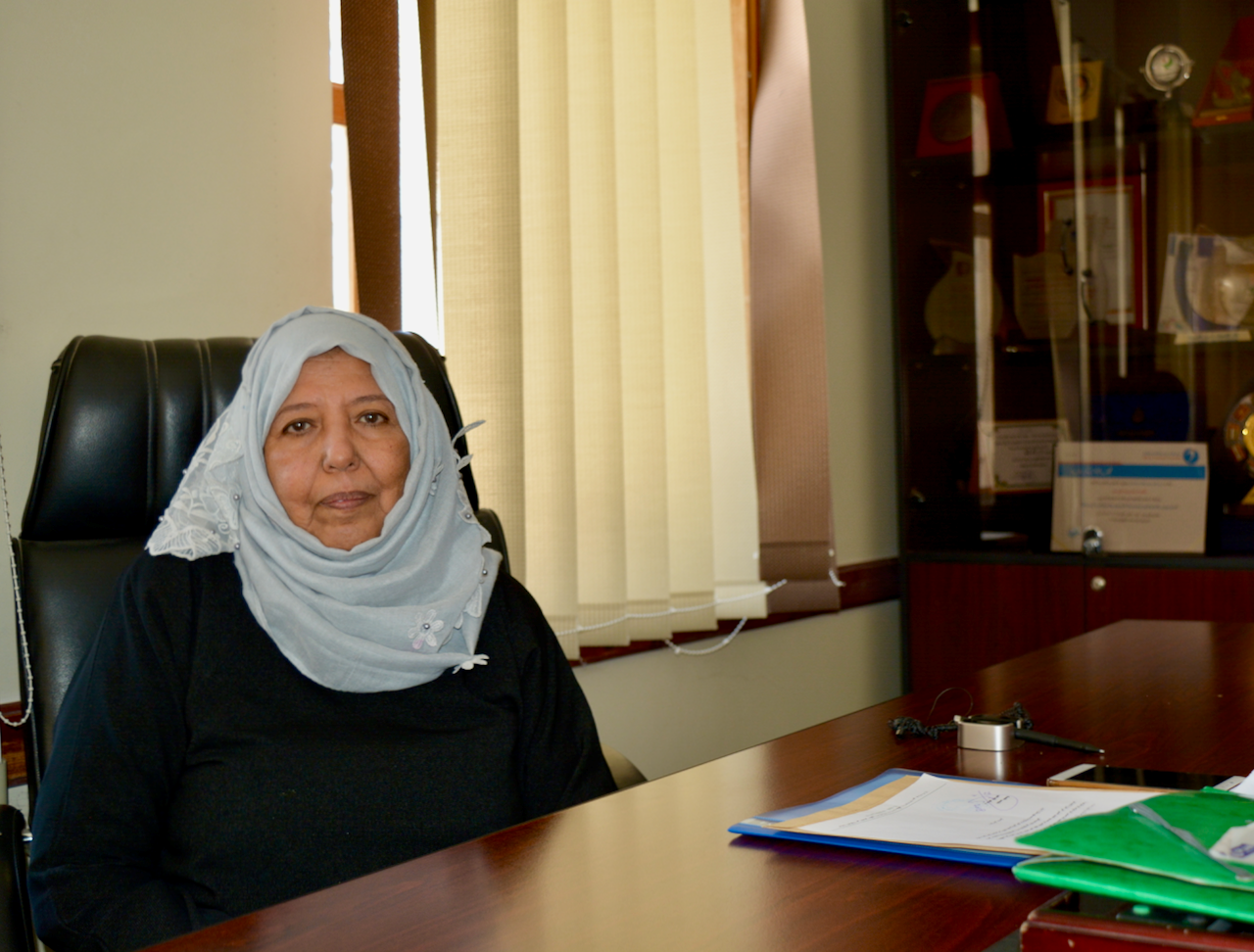 Fathia Mohammed Abdullah Obaid has been the Chairwoman of the Yemeni Women's Union (YWU) since 2013. She holds a BA from Aden University in History and a diploma in Political and Social Sciences from Karl Mozim Academy, East Berlin, Germany. Originally from Aden Governorate, Ms. Abdullah is a member of the Yemeni Women’s Pact for Peace and Security (Tawafuq), a network established and supported by UN Women Yemen to advocate for Yemeni women's increased participation in and leadership of official peace processes, and to enhance gender equality perspectives in peacebuilding and reconstruction processes in the country.

“I was elected as Secretary in the first Conference of the General Union of Women in Aden in 1974. Later on, in 1978, I was elected as chairwoman of the Union. After finishing high school, I was working at the Union in the morning and teaching in the evenings. My family and the environment of the country at that time inspired my activism. My father and brother were my most important supporters back then.

As a result of the current conflict, women's rights have deteriorated in Yemen. Many women have forced to seek ways to earn income because their husbands have gone to the frontlines or lost their jobs. These burdens have led to an increase in cases of domestic violence, as well as serious psychological illnesses.

The incidence of child marriage has increased as a negative coping strategy to feed their families with the economy collapsed and no jobs. Families are also looking to ‘secure’ a future for their daughters and so they resort to marrying them young, because of the inability of the father to support the family. Just a few days ago, we heard about a girl who committed suicide because of her parents' intention to make her marry an old man.

Government and international community interventions are now almost exclusively focused on relief because of the current circumstances of the country. Since the beginning of the conflict we have started to work on relief building on the decades of work in the fight on violence against women. Now where hygiene or food kits are being distributed, we combine with activities to raise awareness of women's rights and how they can seek justice and services.

At the beginning of my career, my father and brother supported me. Now, my husband encourages me. When I feel depressed about the current situation and think of quitting and staying at home, my husband tells me to continue. When I tell him that it’s time for the new generation to take over, he replies that I should first train and qualify the next generations.

I try to make women aware of their rights by speaking about the importance of education. For example, I set myself and other prominent women as an example of how women’s lives can change for the better with education.”