Violence against women continues to plague women globally, everywhere. Within homes, on the streets, and during war, violence against women affects as many as one in three women worldwide. It stifles women’s mobility and rights, compromises their health and work, jeopardizes peace. But how much does it cost, in monetary terms?

In the United States of America, the cost of violence could be $500 billion per year. In Egypt, 500,00 working days are lost each year due to marital violence and the health sector bears over $14 million in costs to serve just one quarter (600,000) of survivors. Violence against women is a costly problem for economies, but many countries still don’t know just how costly it is for them.

UN Women and United Nations Economic and Social Commission for Western Asia (ESCWA) recently launched an innovative regional project, “Estimating the Cost of the Economic Impact of Violence against Women in the Arab Region”, in partnership with the Swedish Institute in Alexandria and the Institute for Women's Studies in the Arab World (IWSAW) at the Lebanese American University (LAU). 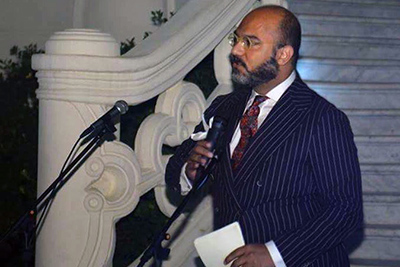 Mohammad Naciri, UN Women Regional Director for Arab states, speaks at the launch of the “Estimating the Cost of the Economic Impact of Violence against Women in the Arab Region” in Beirut. Photo: UN Women/Heba Katoon

The launch event in Beirut, Lebanon, on 4 October, brought together concerned top officials in Arab governments, representatives of the Arab and foreign diplomatic corps, the United Nations agencies and civil society organizations. Well-known Tunisian Actor Dhafer L'Abidine made a special appearance and called all parties to come together to end the normalization of violence against women in the region. See the press release»

Available data from the region shows that violence against women is widespread—one in three women has experienced intimate partner violence, at least once in her lifetime. But such violence is also under-reported, as women fear retaliation and losing the custody of their children. Earlier this year, IMAGES MENA, a groundbreaking multi-country study in the Middle East and North Africa (MENA) region that surveyed 10,000 men aged 18 to 59 years about their attitudes on gender equality and perceptions of masculinity, found that at least 26 per cent men agreed that a woman should tolerate violence to keep the family together.

As part of its phase of implementation, the new costing project has published a flagship study titled, “The Status of Arab Women in the Arab Region: Violence Against Women: What is at Stake?”. It developed an operational model that provides methodologies to estimate the cost of violence for the first time in the region. The model will take into account direct and indirect tangible costs of marital violence, including the total cost to households, the cost of service provision at the community-level and the total cost to businesses. 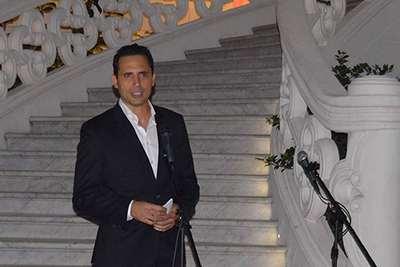 Dhafer Al'Abedine, Tunisian actor, at the launch of the “Estimating the Cost of the Economic Impact of Violence against Women in the Arab Region” in Beirut. Photo: UN Women/Heba Katoon

“Violence against women and girls devastates lives and communities,” says Mohammad Naciri, UN Women Regional Director for Arab states. “We need to involve policy-makers in the conversation so that they understand the magnitude of the problem and that ending violence against women is the right thing to do. To make a real change, I invite all policy-makers in the region to join our call for a violence-free world for all women and girls.”

Similar costing studies on violence against women are largely limited to high-income, developed countries. For the Arab states, adding the economic perspective is expected to provide a new and powerful angle to assess the legal and health consequences, and to advocate for action.