Only 1 out of 10 women survivors of violence seek help from the police, globally. But even those that do often withdraw from the justice process due to poor responses from police or other judicial actors. Women's access to justice starts with believing survivors and taking action, every day. Through this special editorial series for the 16 Days of Activism, UN Women showcases the voices of survivors and programmes that transform lives and communities. 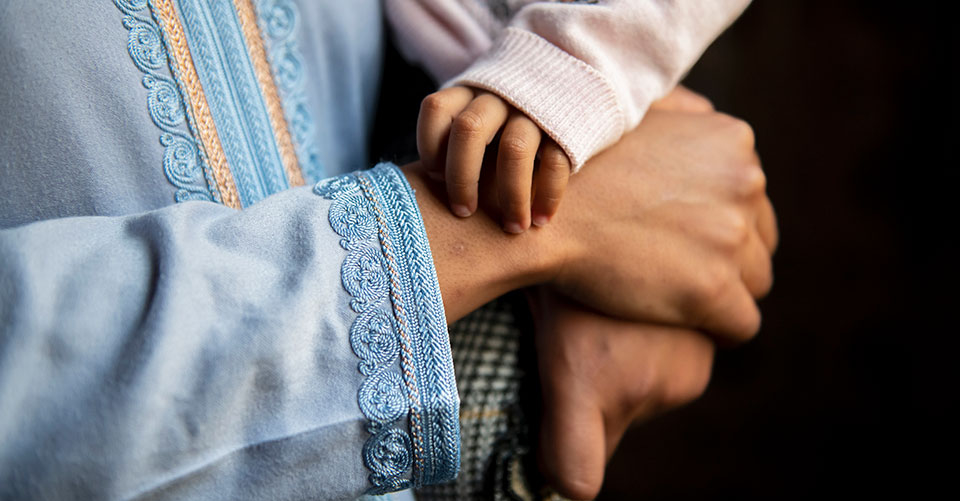 “He told me he was in love with me and was planning to propose to me soon. I trusted him,” shares Layla Bennani* about her relationship with the head of a company she worked for. “But he hit me whenever I disagreed with him. I endured everything, from sexual violence to emotional abuse. He became more and more violent as the days passed. He had total control over me. He made me believe that I stood no chance against him.”

When she finally went to the police, accompanied by a friend, Bennani didn’t know what to expect. “I was at a stage of my life where nothing seemed to matter anymore. I was pregnant, unmarried, and lonely. I was afraid that [the police] wouldn’t believe me,” she explains. 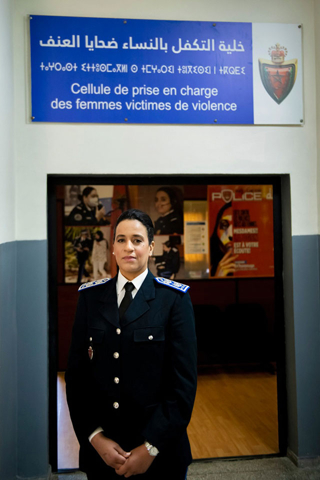 According to a 2019 national survey, only 3 out of 100 women survivors of sexual violence report incidents to the police in Morocco. The fear of being shamed or blamed by the police and lack of trust in the justice system discourages most women from seeking help.

To Bennani’s relief, a female police officer welcomed her at the Police Unit for Women Victims of Violence. “The first thing she told me was that there is a solution to everything. I will never forget that. It has become my motto in life. Her words encouraged me to tell her the whole story. She listened to me with great care and attention.”

“At the time, I felt insecure, unsafe... Meeting her made me realize that I still had a chance to get my life back,” recalls Bennani about her first contact with the Police Unit. She was referred to a local shelter for single mothers where she got a second chance.

“Two years ago, my daughter was born. She is my hope. Her name in Arabic means ‘resistance’. Recently, I completed my Bachelor’s degree in mathematics. I was studying while taking care of my baby at the single mother’s shelter,” she says, while holding her daughter’s hand.

What works to end gender-based violence

Building trust and confidence in the police is an integral part of crime prevention and community safety.

How you can take action

When professionally trained police handle cases of gender-based violence, survivors are more likely to report abuse and seek justice, health and psychosocial services. These essential services help break the cycle of violence by supporting survivors, their families and communities to heal, while sending a clear message to women and communities that such violence is a punishable crime.

Over the past few years, the General Directorate of National Security, supported by UN Women and with funding from the Government of Canada, has restructured the national police force to better support women survivors and to prevent violence against women. In 2018, the Police Units for Women Victims of Violence at 132 police stations were completely redesigned. In addition to investigative duties, the units now focus on improving women’s initial contact experience with police by listening, recording, accompanying and referring cases. All 440 district police stations now have dedicated personnel who refer women survivors to the nearest specialized unit.

The four-year programme has also trained police chiefs and removed many of the barriers that women survivors initially faced. For instance, survivors can contact the Chief of Police or head of units directly.

“It takes a lot of determination and courage for women to ask the police for support,” says Saliha Najeh, Police Chief at Casablanca Police Unit for Women Victims of Violence. “Our role is to give survivors all the time they need to feel safe and comfortable, and for them to trust us enough to tell their story.”

Najeh received specialized training through the UN Women programme and now trains police officers in her unit on how to handle cases of gender-based violence, using a survivor-centred approach. As of 2021, 30 senior police officers and heads of units have been trained through the programme.

When the COVID-19 pandemic hit, Moroccan police were prepared to support survivors of violence amid the unprecedented global crisis. While many other essential services shut down, the Police Units for Women Victims of Violence and the courts remained open. Additionally, Morocco expanded channels for survivors to report and access justice remotely through a 24-hour toll-free helpline, an electronic complaints mechanism, and online court sessions.

There have also been recent efforts to reform the country’s laws. The Moroccan Penal Code criminalizes sexual relations outside of marriage, which deters unmarried women and survivors of rape from reporting abuse. UN Women has supported a coalition of 25 women’s organizations who are advocating for a change to the law. A memorandum attached to a draft bill that was submitted to Parliament in 2019 and 2020, seeks equal protection for survivors of violence, a clear definition of rape, including marital rape, and decriminalizes sexual relations outside of marriage.

Related News
25/01/2021
Civil society ‘listeners’ team up with enumerators to track violence against women in Morocco
05/09/2021
Women and girls raise their voices to demand equality under the law in Morocco
01/09/2021
In the words of Mariam: “Once I had a lawyer with me, everything changed”
20/08/2021
Youth blog: Climate Change and COVID-19: Two crises that threaten gender equality
06/02/2021
As more families report FGM incidents in Egypt, advocacy intensifies, and a new bill seeks to increase penalties
END_OF_DOCUMENT_TOKEN_TO_BE_REPLACED