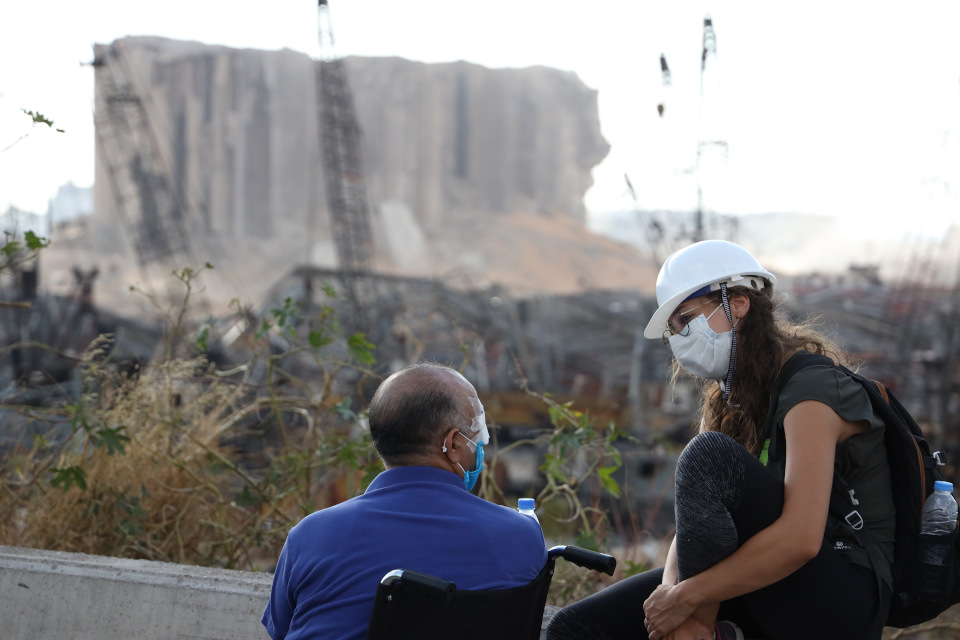 United Nations - The Beirut Port explosions on 4 August 2020 created significant immediate humanitarian needs and severe long-term consequences. A rapid gender assessment of the Beirut Port Explosion recommended, among other things, increasing the meaningful participation of women and marginalized groups in the decision-making for the design, implementation, management and evaluation of national and international response and recovery efforts.

To support this and other related work, the United Nations in Lebanon has recently launched a window of the global Women’s Peace and Humanitarian Fund (WPHF). With UN Women serving as the Fund secretariat, a Call for Proposal has been issued that seeks to identify partners to support women’s participation in the Beirut’s Port Explosion response and recovery process, women’s participation in the country’s political recovery from the explosion, and to address issues of women and men’s exclusion from relief and recovery due to lack of formal documentation.

Funded by the Government of Germany, with participation from the Government of Canada and the European Union, this window aims to fund small and emerging women-led or women’s rights organizations from across Lebanon and seeks to compliment the work of the Lebanon Humanitarian Fund.

“Female-led organizations have played an impressive role in response to the port explosion. But all too often, female activists tell me that they struggle because demand keeps growing relentlessly as a result of rising poverty and rampant inflation’, said His Excellency Andreas Kindl, Ambassador of Germany to Lebanon. ‘That is why Germany has decided to help set up the Women’s Peace and Humanitarian Fund in Lebanon. I hope that other donors will join us soon. We look forward to receiving many innovative proposals, including from recently-established organizations that strive for profound structural change.”

“The women of Lebanon played a vital role in the response to the horrendous Beirut port explosions. They made every effort to support those in need, to clear streets and houses from debris and be part of wider relief efforts. They proved to be ‘Leaders of Change’ and ‘Messengers of Hope’,” said Najat Rochdi, Deputy Special Coordinator, Resident and Humanitarian Coordinator for Lebanon. “It is these women that we want to support and further empower to shape a peaceful and gender equal society where no one is left behind,” she added. “Thanks to the generous funding of the Government of Germany and the valuable support of the Government of Canada and the European Union, together we aim to reach an equitable recovery through women’s leading projects and people-centered initiatives”.

This Call for Proposal encourages joint applications and will provide special attention to applications from small women-led organization and women’s rights organization and proposals that target in their approaches women and girls who face multiple and intersecting forms of discrimination, such as those marginalized and excluded due to poverty, ethnicity, disability, age, geography, sexual orientation, lack of citizenship or because of their migratory status.

An information session will be organized for all interested organizations on February 11th at 11am (Beirut time). Organizations can attend it by registering on the following link (https://ee.humanitarianresponse.info/x/yaSkxWV2) or via email ([ Click to reveal ]).

The WPHF is a global pooled funding mechanism which aims to re-energize action and stimulate a significant increase in financing for women’s participation, leadership, and empowerment in peace and security processes and humanitarian response. The WPHF is governed by a Funding Board at the global level, which is comprised of four UN entities (currently UN Women, UNDP, UNFPA and PBSO), four donor Member States (currently Germany, the Netherlands, the European Commission and Canada), as well as 4 Civil Society Organizations (currently International Civil Society Action Network on women’s rights, peace and security (ICAN), Global Partnership for the Prevention of Armed Conflict (GPPAC), Transitional Justice Institute and Women Enabled International). UN Women acts as the WPHF’s Technical Secretariat at the global level. UN Women also acts as Management Entity for civil society organizations where UN Women has a country presence.

Related News
16/09/2021
Dealing with the memories of the Lebanese civil war through theatre
09/03/2022
The Embassy of Canada to Lebanon, UN Women and the Mafroukeh Play Team Mark International Women’s Day with a Roundtable on Women’s Personal Status
09/02/2022
From where I stand: “Women are drivers of change for fostering peaceful communities”
09/02/2022
From where I Stand: “Women make up half of our society, having their voices heard in disaster response planning is vital.”
01/02/2022
Call for proposals: Women’s Peace and Humanitarian Fund
END_OF_DOCUMENT_TOKEN_TO_BE_REPLACED