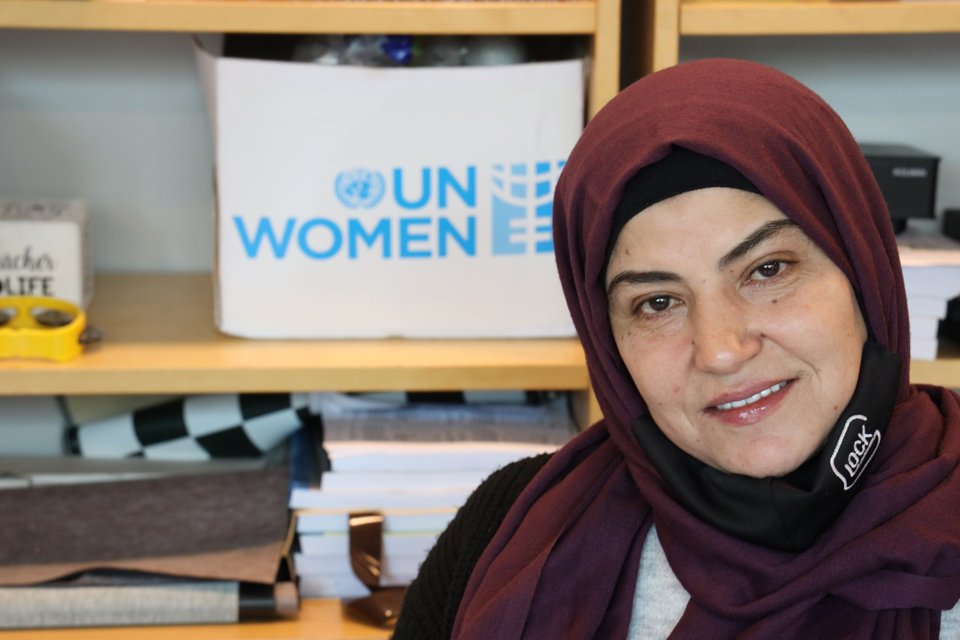 In recognition of the positive role women can play in their communities as mediators and peacebuilders, one Palestinian woman living in a refugee camp in Lebanon is equipping herself with the tools needed to create a more peaceful future for her children and her community.

In Ein El Helweh, the largest Palestinian refugee camp in Lebanon, periodic conflict and instability plague the lives of its residents. Since its establishment in 1948 in southern Lebanon, the camp, which today hosts a population of almost 60,000[1], has suffered much infighting due to political rivalries and high poverty rates.

Leila Sleiman, a 52-year-old Palestinian refugee who was born and raised in the camp, has been battling to shield her children from this aspect of life in Ein El Helweh for many years. In 1991, an armed clash among a group of residents of the camp resulted in Leila tragically losing her  husband, leaving her a widow with four young children — at the age of 23.

Since then, she has refused to comply with reductive definition of the “widow” label, that would have typically limited her role to grieving and staying home. Instead, Leila has worked hard to become self-reliant and provide a stable environment for her children. She started her own business producing homemade food items, including thyme and blossom water, sold under the brand, “Sheghel Dayati” (“homespun”). Over the years it became a successful business in the markets of Ein El Helweh and even in the neighboring city of Saida.

Leila stands proud of what she has been able to achieve against the odds. “My children are my most significant achievement,” she shares. “I was able to protect them and realize my own ambitions through them, by putting them through school and then university.”

In fact, the women of Ein El Helweh are renowned for their resilience and fortitude. The Ein El Helweh camp was largely demolished during the civil war. After the war, the women in the camp took it upon themselves to defend and rebuild their homes and community. Women who previously might not have left their home due to traditional perceptions of their role in the family setting assumed responsibility for the businesses of deceased and absent spouses, fathers and brothers. They even took on jobs that were not considered ‘lady-like’ at the time, including construction work and working as saleswomen in grocery shops. When some of the men eventually returned, they found that the women of their community had kept their families safe and maintained their homes and livelihoods, even in cases where they had to start from scratch, rebuilding homes that were completely demolished.

In honor of the leadership and strength shown by the women, the camp was informally renamed the “Kingdom of Women,” and the women featured in a 2010 documentary production entitled, “Ein El Helweh: The King.” In the decades that have since passed, conflict remains a part of life in the camp, but women continue to play a significant role not only in managing day-to-day life there, but in building long-term peace through conflict resolution in their communities.

UN Women has been working in Ein El Helweh since 2020 to support non-violence and to amplify women’s roles in the peacemaking and decision-making of the camp. More than two dozen women have received mediation trainings organized in collaboration with the UN Relief and Works Agency for Palestine Refugees in the Near East (UNRWA) and supported by the Rebecca Dykes Foundation. 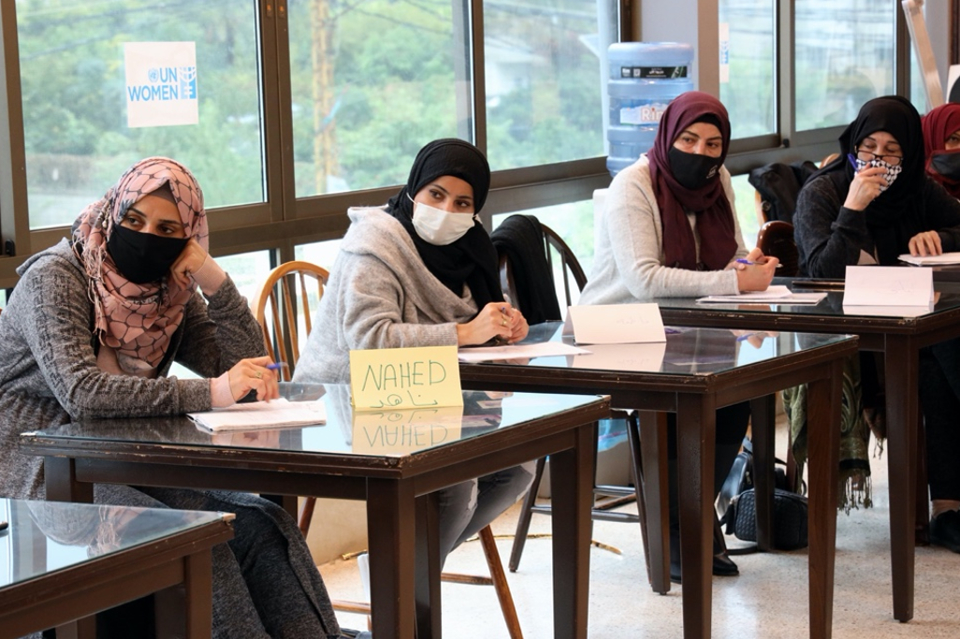 “This project aims to apply the United Nations Security Council Resolution 1325, on Women, Peace, and Security at the local and national levels by supporting groups of women to actively engage in mediation efforts in their communities,” said Jocelyne Gerges, UN Women’s mediation trainer from the University of Saint Joseph’s Centre for Professional Mediation. “This form of conflict prevention is a crucial skill to help diffuse tensions and support conflicting parties to come up with a viable remedy and a healthier alternative to resorting to violence.”

The current phase of the project involves bringing women trained on conflict resolution together to brainstorm ideas for peacebuilding, with the aim of developing a plan for to prevent conflict within the community. Feedback from sessions completed so far has been encouraging, with the trainees showing a determination to work with all groups—including political parties and armed groups inside the Camp.

“Women’s participation in peacebuilding and recovery efforts in Lebanon have long been overshadowed and gone unnoticed,” noted Nadya Khalife, Women, Peace and Security Specialist at UN Women. “Women’s determination for peace and stability and their efforts to safeguard their communities from violence must be amplified, recognized, and supported as essential components for sustainable peace in Lebanon.”

Leila, who took part in the mediation training, believes it equipped her with the confidence she needs to deal with any kind of conflict. “I am now able to put in practice the mediation and negotiation skills I have acquired, like active listening, positive communication, and resolving conflicting viewpoints, in the hope of resolving conflict and using these skills to further protect my children and grandchildren whether in Ein El Helweh camp or outside of it,” she shared.

Related News
23/06/2021
UN Women and women community Mediators Honour the life and legacy of Rebecca Dykes
01/11/2022
A group of women has bridged differences towards peace in Syria
24/10/2022
How women made use of tribal norms to mediate conflict in Yemen
20/10/2022
Amidst increase in violent conflict, the situation for women, peace and security worsens, new UN report shows
19/10/2022
In focus: Women, peace and security
END_OF_DOCUMENT_TOKEN_TO_BE_REPLACED