Take five: “Men and boys must be fully engaged in ending violence against women” 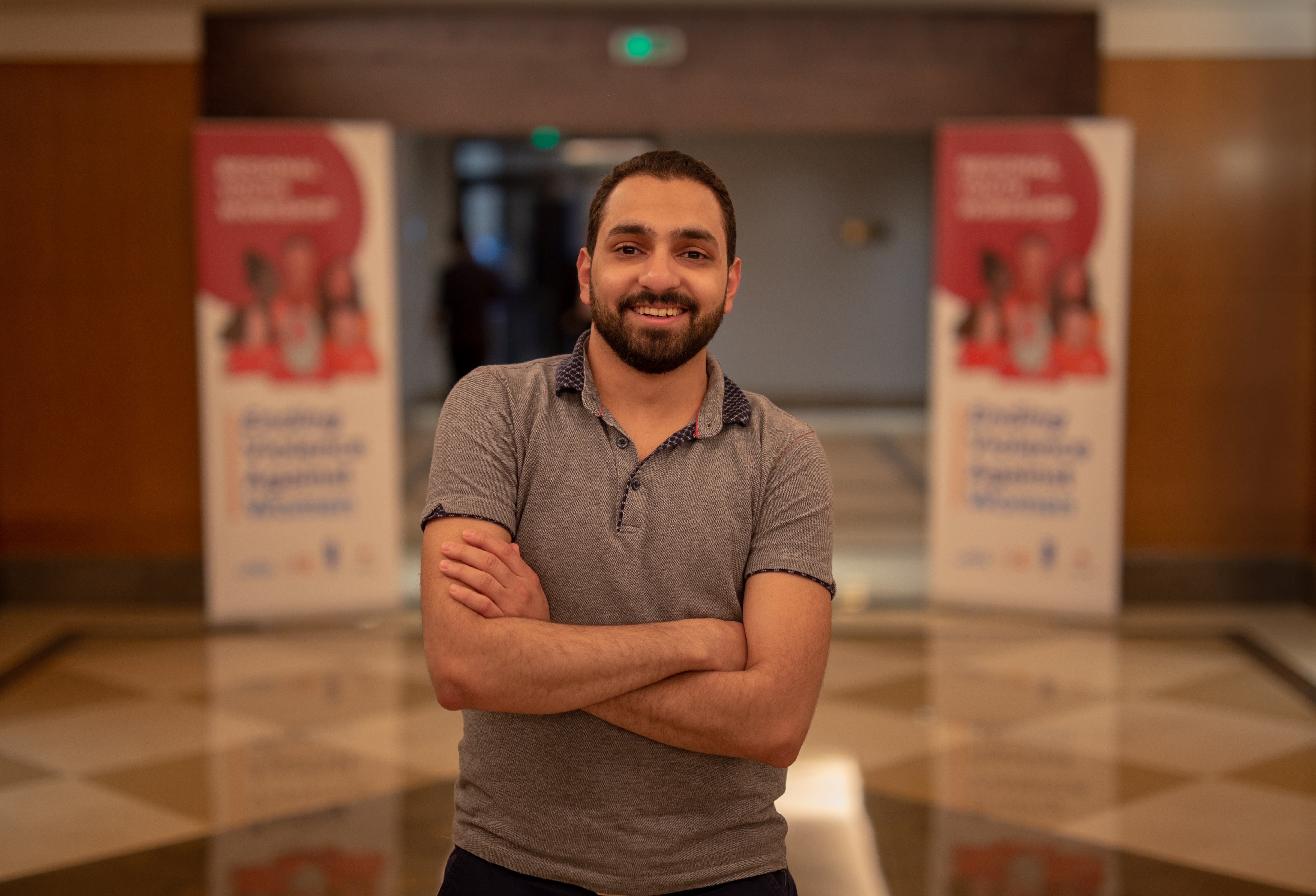 Nabil Hendy is a youth activist and medical student from Egypt. Since 2012, he has been engaged with different NGOs and networks both at home and abroad, including as an international fellow and trainer for Y-PEER. Recently, he attended the Women Deliver conference held in Vancouver, Canada, as a youth leader. He is also a member of UN Women’s Youth Gender Innovation Agora. Nabil attended the Regional Youth Workshop on Ending Violence Against Women and Girls in the Arab States generously supported by the Government of Japan.

What do you think is the role of youth in ending violence against women and girls?

In your opinion, what are the challenges to end violence against women and girls in the Arab States region?

As a Youth Gender Innovation Agora member, what do you do to advance gender equality and women’s empowerment in your country?

I conduct awareness-raising sessions on a municipal level that address existing inequalities in my own community. The main target groups in those sessions are youth between the ages of 14 and 28. Engagement of men and boys was one of the main components in our argument to end violence against women. I am currently working on a mapping of services for women and girls’ survivors of violence, coordinated by UN Women Regional Office for the Arab States, aiming to lay out and screen the existing services available to women and girls who are survivors of violence. On a smaller, more personal, scale, I believe that change starts from each one of us working together to fight the misconceptions around feminism and amplifying the importance of ending violence against women.

What actions do you think need to be prioritized to end violence against women in the region?

We need to make sure that existing laws are implemented, awareness in the community is raised, and research conducted on the root causes of violence and how best we can address them. We need to collaborate with different stakeholders, including religious institutions, to establish a zero-tolerance environment for violence against women. One good example is the campaign done by Al-Azhar, a highly respected center of Islamic learning, addressing some common misconceptions. We should also prioritize raising awareness of the issue among youth and enhance the capacity of parents to discuss these issues effectively with their children as they mature into adulthood. Adequate monitoring and evaluation measures must be developed to oversee the implementation of anti-violence policies.

What are your impressions about this Regional Youth Workshop on Ending Violence against Women and Girls?

It was good to get to know different perspectives of youth from the region. Developing the Regional Youth Call for Action for Ending Violence against Women in the Arab States was one of the most important outputs of this workshop.