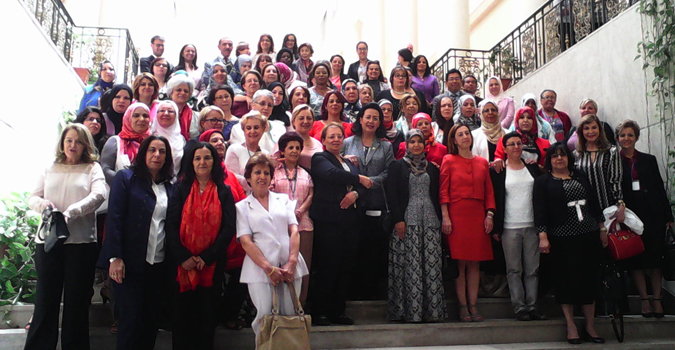 UN Women signs an agreement today, Thursday, in partnership with the Algerian government launching a programme to further gender equality and women’s empowerment in Algeria.

The programme, funded by the government of Belgium, focuses on providing capacity building and technical assistance to women election winners on the national and local levels to enhance their influence in the decision-making process. Another area of focus for the programme is the elimination of gender-based violence through improving the support system available for women survivors of violence in line with Algeria’s national strategy to combat violence against women. The third focus area of the programme is advocating and promoting gender equality values through media outreach to raise awareness among younger audiences and change negative gender stereotypes.

The programme, funded by the government of Belgium, will last for a period of two years 2015-2017) with a total budget of 1.5 million euro.

Related News
13/11/2018
From where I stand: “For the 16 Days of Activism…I am planning to highlight women who are speaking up against harassment”
11/11/2014
Female leaders call for end to AIDS epidemic
27/04/2022
First Person: Levelling the gender playing field in Jordan
07/04/2022
Trois femmes tunisiennes engagées pour l'environnement
05/04/2022
Three Tunisian women committed to the environment
END_OF_DOCUMENT_TOKEN_TO_BE_REPLACED