In focus: 16 Days of Activism against Gender-Based Violence

The 16 Days of Activism against Gender-Based Violence is an annual campaign that begins on 25 November, the International Day for the Elimination of Violence against Women, and runs through International Human Rights Day on 10 December.

Led by civil society, the campaign is supported by the United Nations through the Secretary General’s UNiTE by 2030 to End Violence against Women initiative. This year, the UN marks the 16 Days under the theme “UNiTE! Activism to end violence against women and girls”.

Violence against women and girls remains the most pervasive human rights violation around the world. Already heightened by the COVID-19 pandemic, its prevalence is now being further increased by the intersecting crises of climate change, global conflict and economic instability.

Against this setting, a backlash against women’s rights is underway around the world. Anti-feminist movements are on the rise, attacks against women human rights defenders and activists are up, and the legal status of women’s rights is increasingly imperiled in many countries. Regressive new laws are exacerbating impunity for perpetrators of domestic violence, governments are using force against femicide and gender-based violence protestors, and women’s rights organizations are being increasingly marginalized.

Despite these discouraging trends, there is more proof than ever that violence against women and girls is preventable. Evidence shows that the single most important driver of policy change is a strong and autonomous women’s movement—making feminist mobilization in the face of anti-rights backlash a literal matter of life and death.

This 16 Days, we’re encouraging everyone to get involved: from amplifying the voices of survivors and activists to supporting women’s organizations and strengthening feminist movements, we can all act to empower survivors, reduce and prevent violence against women and girls, and protect women’s rights. 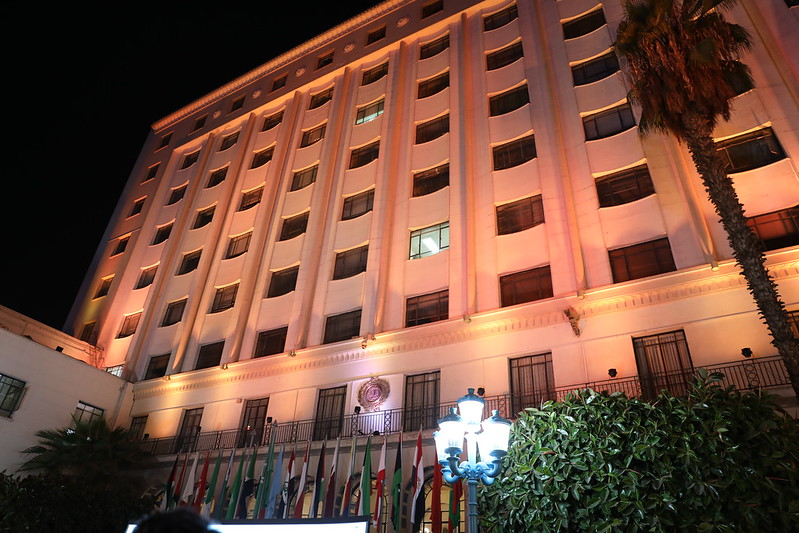 Ending violence against women is everyone’s business. Whether you’re a seasoned activist or just getting started, here are ten ways you can act now.
Image

The signs of relationship abuse and how to help

Let your friend know they can talk with someone who has been trained to help. Provide them with information about local services and helplines.
Press releases
Launch of a 16-Day Campaign Against Gender-Based Violence Celebrating the Women’s Rights Movement in Lebanon and the Importance of Activism for Generating Change
Le Ministère de la Jeunesse, de la Culture, et de la Communication et ONU Femmes organisent une semaine du film sur les droits des femmes au Cinéma Renaissance à Rabat
Against the pushback, we push forward
Pushing forward: Preventing violence against women in online spaces
In the words of Salma*: “We, as women and girls, deserve better.”
Hania Boukhrais: Despite the violence, I will continue my municipal work
In the words of Saliha Najeh: “As police, there are mandatory values and principles that we need to obey. But above all, we need to be human.”
Providing survivor-centered police and justice services in Morocco
From where I stand: “Trust yourself. You are an equally important and valuable being … If we keep trying, change will happen”
National efforts continue to eliminate Female Genital Mutilation and reinforce a zero-tolerance culture
Learn more
Types of violence against women and girls
Facts and figures: Ending violence against women
Data hub

See our coverage of the International Day for the Elimination of Violence against Women and 16 Days of Activism against Gender-Based Violence from previous years: 2021, 2020, 2019, 2018