“We know that women’s full and effective participation and leadership in all areas of life drives progress for everyone. I am encouraged by the robust partnerships we have built in Jordan with all constituencies. I look forward to continuing to grow our strong collaboration to deliver results for women and girls in Jordan and around the world,” said the UN Women Executive Director.

During the visit, Ms Bahous met Her Majesty Queen Rania Al Abdullah, a committed global champion for women, to discuss joint efforts to promote gender equality and women’s empowerment. In this exchange, the Executive Director highlighted Jordan’s leadership in promoting legislative reforms and enhancing the rule of law, which has resulted in important advancements for women in Jordan, including Her Majesty’s initiatives to advance the women, peace and security agenda. 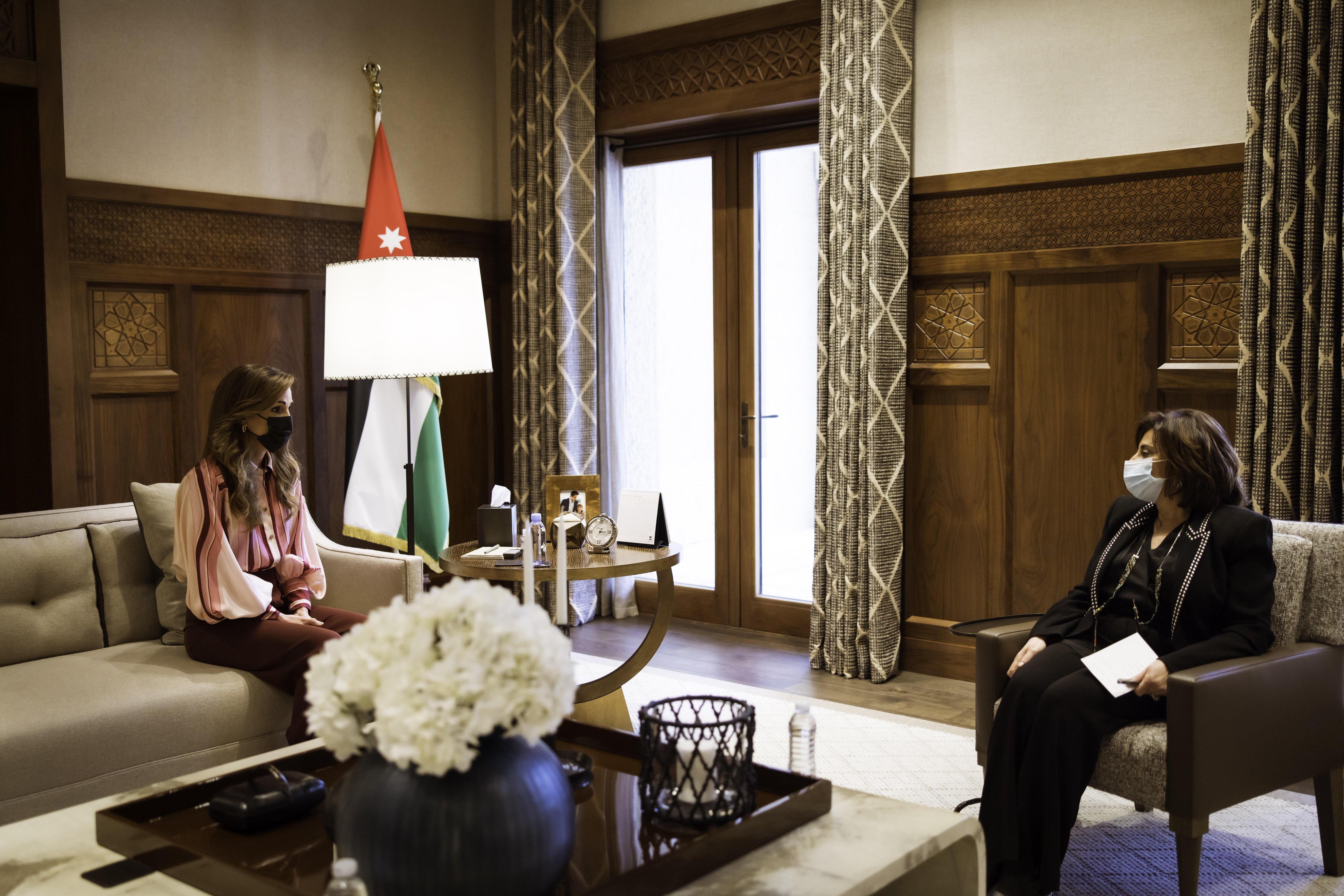 On 2 December, the Executive Director participated in a dialogue with key international partners hosted by H.E. Ms. Alexandra Rydmark, Ambassador of Sweden to Jordan. During the exchange, Ms. Bahous presented the goals of UN Women’s new four-year Strategic Plan and highlighted UN Women’s work in Jordan on strengthening national capacities and driving strategic partnerships and investments towards the achievement of national priorities for gender equality and women’s empowerment, including through scaling up the successful Oasis model nationwide. She also emphasized the importance of sustaining momentum on Jordan’s leadership in the women, peace and security agenda through the adoption and implementation of the second National Action Plan on UN Security Council Resolution 1325. 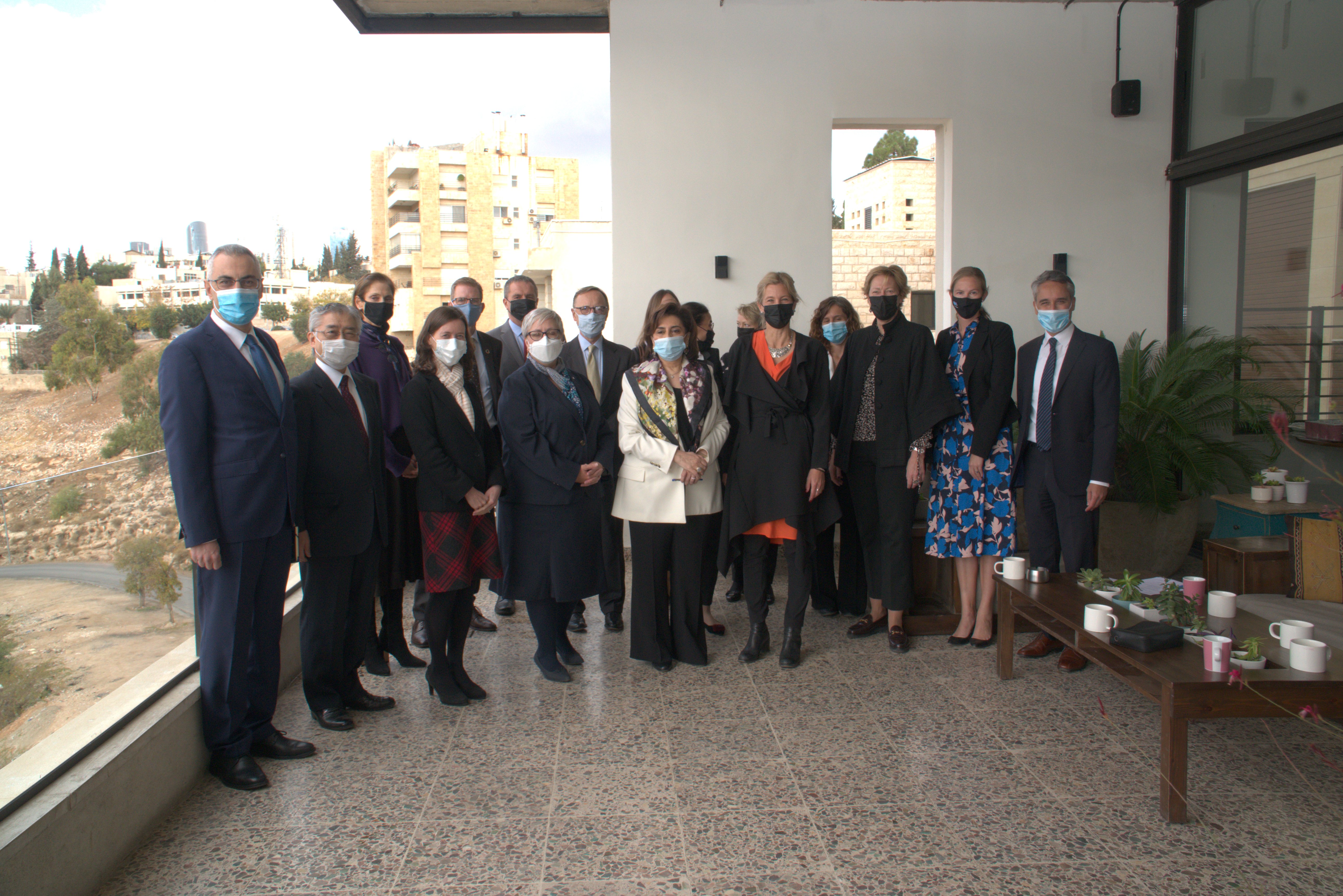 Later that day, the Executive Director met H.E. Eng. Musa Al-Maaytah, Minister of Political and Parliamentary Affairs and Chair of the Inter-Ministerial Committee on Women’s Empowerment to discuss the Government’s efforts to strengthen its gender equality and women’s empowerment mechanisms. The meeting served also as an opportunity to discuss the strategic partnership with UN Women in promoting women’s leadership and political participation, while confirming UN Women’s support in advancing key priorities under the Jordan’s National Strategy for Women (2020-2025). 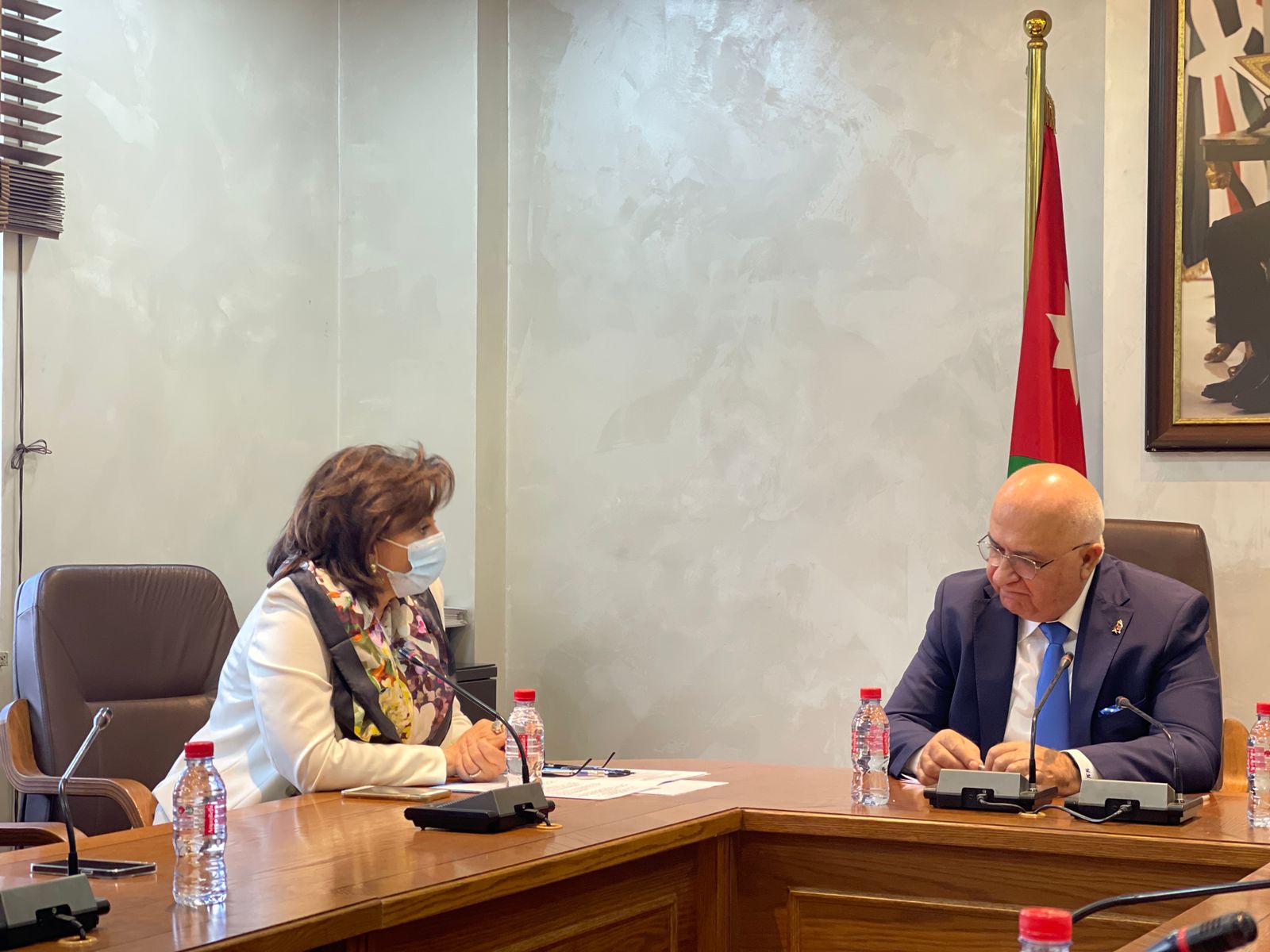 The Executive Director, who is a Jordanian national, had an opportunity to meet with Government representatives, women parliamentarians and senators, and women-led civil society organisations during an event to celebrate the contributions of Jordan women leaders to sustainable development.

Reflecting on the fact that women and girls remain disproportionately affected by the socioeconomic fallout from the COVID-19 pandemic, the Executive Director highlighted the importance of leveraging strategic partnerships forged in Jordan and globally to step up joint efforts to meet these challenges together. 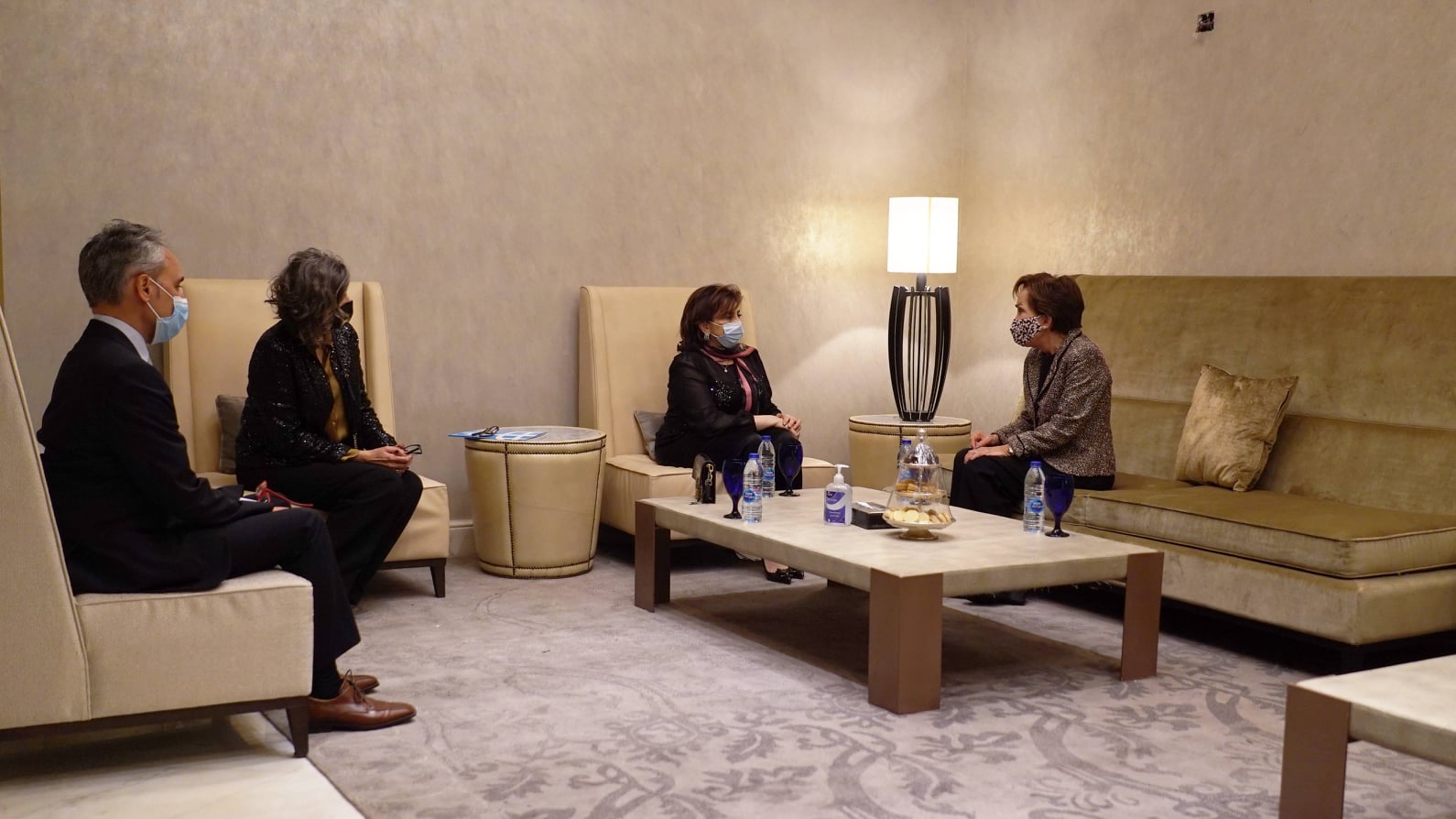 During the Executive Director’s meeting on 3 December with the Deputy Prime Minister and Minister of Foreign Affairs, H.E. Ayman Safadi who emphasized the important role that UN Women plays in advancing women’s rights and noted that Jordan acknowledges the significance of women’s empowerment in economic and political life. During the discussion, Ms. Bahous outlined the entity’s programmes in the Kingdom, and their results to date, lauding the efforts invested by Jordan to promote women’s full participation in, and contribution to, Jordanian society and development. 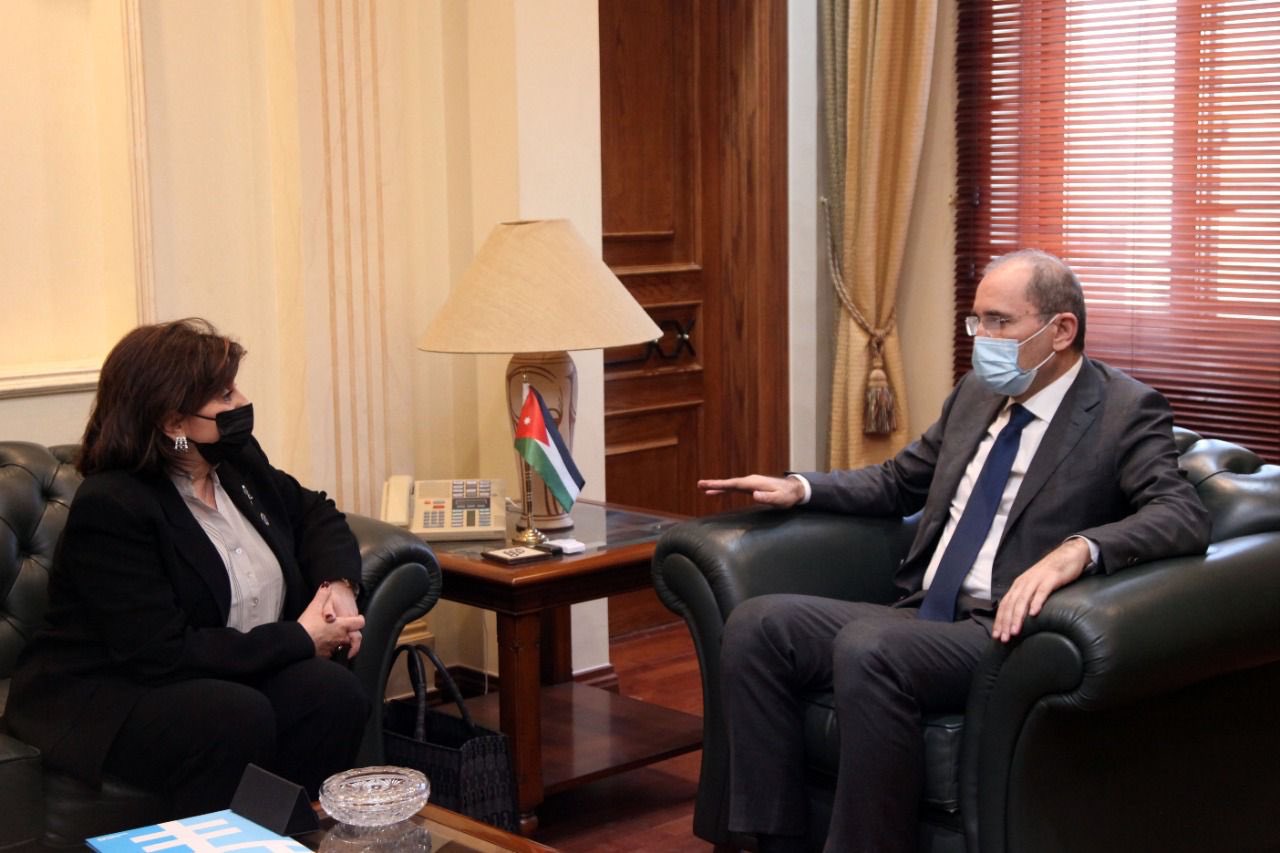 UN Women Executive Director Sima Bahous meets Deputy Prime Minister and Minister of Foreign Affairs, H.E. Ayman Safadi. Photo: Courtesy of the Ministry of Foreign Affairs of Jordan.
Related News
06/07/2022
WeRise, a new mobile game app for youth to promote gender equality in the MENA region
27/04/2022
First Person: Levelling the gender playing field in Jordan
24/03/2022
UN Women marks CSW66 with a global side event on Gender, Climate, and Security
03/03/2022
UN Women and The Royal Film Commission – Jordan Launch the 10th Edition of the Women’s Film Week
01/03/2022
From where I stand: “I hope to build a more sustainable life for our families and community”
END_OF_DOCUMENT_TOKEN_TO_BE_REPLACED