Looking forward: Lebanon must place women’s rights and gender equality at the forefront of its national reform agenda 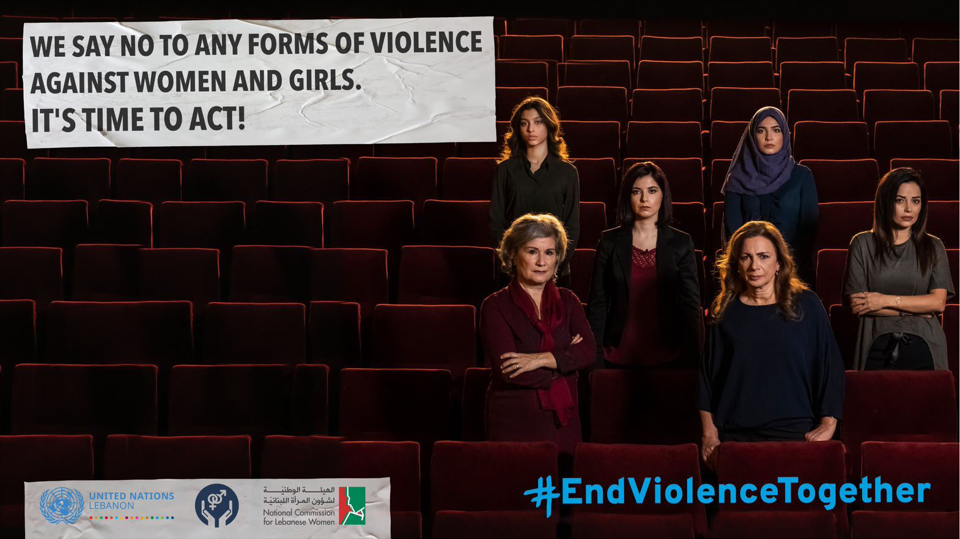 Today, on December 10, Human Rights Day, and the end of 16 days of Activism against gender-based violence, we must look forward. In supporting Lebanon’s women to take an equal share in the society, the country has a tremendous opportunity to take meaningful steps in meeting the broad public demand for urgent reforms.

The stakes and cost of women’s exclusion in the economy and politics are too high to ignore. For this to change, Lebanon can no longer afford to wait for reforms before taking action on social equality and justice issues. On the contrary, women’s rights, empowerment and inclusion in society must be placed at the front and center of the National Reform Agenda.

Decades have passed with those in subsequent governments conceding only a handful of meaningful reforms aimed at addressing the systemic gender discrimination and inequality that plagues and permeates every aspect of Lebanese society and reflected in laws in areas such as nationality and personal status. Repeated call for reform to address gender discrimination made by UN human rights mechanisms, such as the UN Committee on the Elimination of All Forms of Discrimination Against Women (CEDAW) and the Universal Periodic Review of the UN Human Rights Council, have remained unanswered.

Reforms that could make more women equal to men, and less vulnerable to violence, have languished in Parliament and across institutions. Their lack of passage has entrenched gender discrimination while directly contributing to Lebanon’s situation today.

Lebanon is no exception to this. In a country that has dragged its feet on meaningful change in the rights of women in comparison to its regional and global neighbours, we are also yet to see meaningful reforms related to governance, justice, energy, social services and social protection and a range of other issues that have stalled since the civil war.

Economic and social recovery will take courage and decisive action. It will take an acceptance that the status quo, and business as usual, will not generate the results the people of Lebanon so desperately need. Instead, a peaceful and prosperous Lebanon will require utilizing and investing in all of the capacities, ideas, innovation and resources available to the country. It will require rethinking how Lebanese society interacts – and supporting the country in rebuilding its social contract.

This will call on everyone in the country to recognize and make visible the actors working for recovery, peace and stability in Lebanon. It will require elevating the role of civil society, including women’s and youth groups, the private sector, and other non-traditional political actors in the role they can play in supporting Lebanon’s recovery. It will mean moving beyond paying lip service as to the importance of these new actors for peace and meaningfully bringing them into the political and economic work that we do.

This is a tall order. But there are urgent things that can and should be done to set a pathway for this:

First – people have every day needs that cannot wait any longer. The roll out of comprehensive social protection support is urgently needed, and must be done in a manner that reaches women and men equally and does not heighten women’s vulnerability to exploitation. This work is under way and must be expedited.

Second – measures to support the proactive integration of women into the economy must be accelerated, as committed to under the Government’s 2019 plan on women’s economic empowerment. Close to half of the population is engaging in unpaid work. This must be monetized, and they must be supported to enter the paid economy.

Third – women are vastly under-represented and disadvantaged in the current political landscape. In 2019 the National Action Plan on UN Security Council Resolution 1325 on Women, Peace and Security set out a commitment to debate and pass gender quotas for elected bodies – to demonstrate a collective commitment to doing things differently and ensuring our governance bodies are representative. Lebanon has a precedent for quota systems to ensure equal representation of the confessional branches. The same principle should be applied to ensuring women’s political representation.

Finally, there is a need to address discrimination against women in personal status laws and to introduce the option of a civil personal status law, based on the principles and equality and non-discrimination. This is critical to provide an equal legal playing field for women and men, while at the same time strengthening the relationship between the state and the individual in Lebanon.

We can no longer afford tokenism in women’s representation in Lebanon. Lebanon’s Reform Agenda must finally meet the decade’s long calls for gender equality, and national commitments on women’s rights and equality, if it is to succeed and create the foundations for a new and stable country.

H.E. Jiří Doležel, Ambassador of the Czech Republic to Lebanon

H.E. Ralph Tarraf, Ambassador of the European Union to Lebanon.

H.E. Ian Collard, Ambassador of the United Kingdom to Lebanon.

Related News
09/03/2022
The Embassy of Canada to Lebanon, UN Women and the Mafroukeh Play Team Mark International Women’s Day with a Roundtable on Women’s Personal Status
15/08/2022
Statement: ‘Meticulously constructed policies of inequality’ – Afghanistan one year on
28/03/2022
In the words of Asmaa Emam: "After receiving my national ID card, now I am able to take effective steps in my life and the lives of my children"
21/12/2021
Three couples in Lebanon are reshaping patriarchal roles at home
16/09/2021
Dealing with the memories of the Lebanese civil war through theatre
END_OF_DOCUMENT_TOKEN_TO_BE_REPLACED