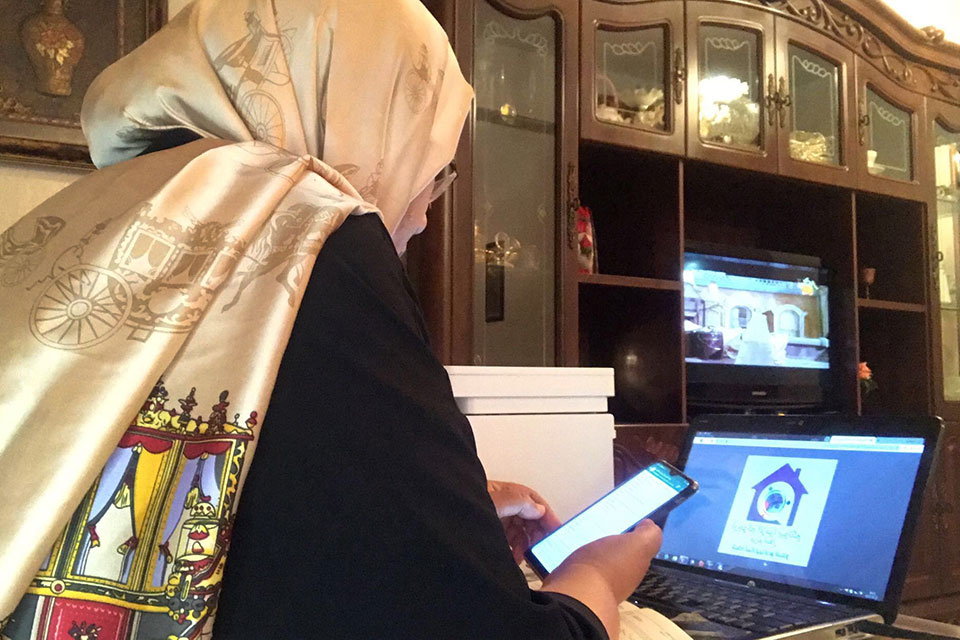 “We believe that we should be one Libya,” said one member* of the Libyan Women’s Network for Peacebuilding, a new network of women representing a broad social, political, generational and geographic spectrum of war-divided Libya. The network was created with support from UN Women in July 2019.

Separated by their country’s divisions, both geographically and politically, 36 Libyan women have since used their phones to connect, discuss and overcome their differences in the interest of one goal: Peace.

Members of the group are not new to activism. Each member has her own network of activists in her own region where she is already working to support their own communities. Although rarely documented, Libyan women have always had a vital role in managing conflicts and making peace in their own families and communities.

For almost a year now, the Network has met weekly on WhatsApp and Zoom to find ways for Libyan women to enter male-dominated decision-making and negotiation spaces. They seek to have a say on how to rebuild peace in their country, acting as mediators between the warring parties, and find common grounds.

Their online meetings are not always done comfortably on a sofa using high-speed internet. Often, you can hear the conflict just outside their doors, and electricity or cellular network outages are frequent. Some members have to drive for miles to get a signal on their phones to participate in meetings.

But none of these barriers have kept them from showing up virtually, launching and joining the many calls for a ceasefire. They have followed up on cases of threats against women and youth activists and referred them to UN agencies; they’ve effectively advocated for releasing imprisoned activists; and worked with woman members of the parliament to speak up on violence against women in politics.

And now, the COVID-19 pandemic cannot keep them from protecting their communities. As soon as the threat of the pandemic became known, Network members quickly adapted their online activism to respond to the pandemic. “We started raising awareness of the coronavirus pandemic through social media pages and pamphlets. We have provided gloves and masks, and some members even started sewing protective clothing for health workers,” said one of the members. 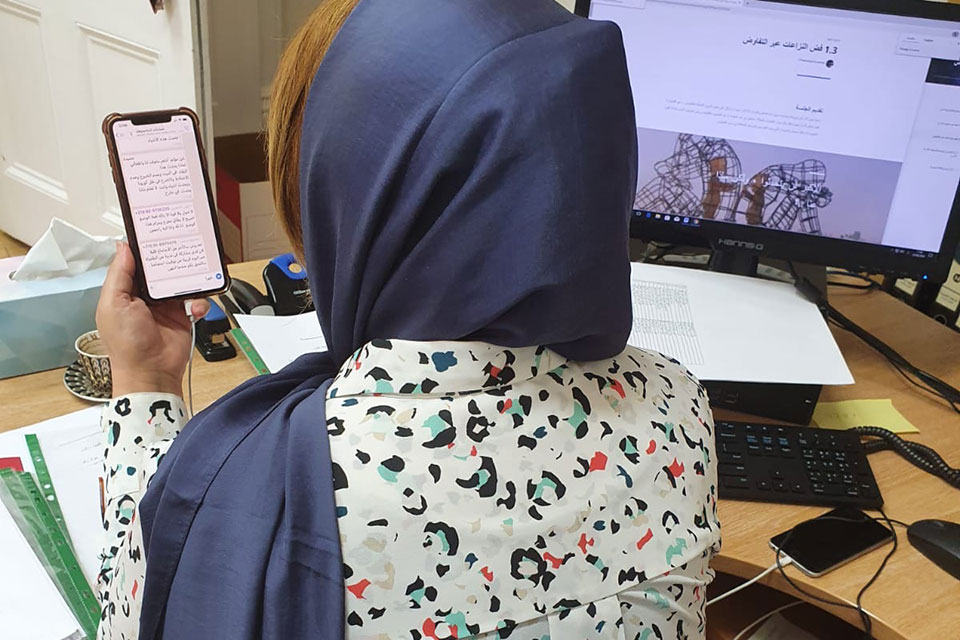 In Libya, mobile devices have become critical in helping women peace mediators continue their work in calling for a ceasefire and following up on cases of threats of violence against women. Photos: Courtesy of Libyan Women’s Network for Peacebuilding.

To reach Libya’s most vulnerable populations, the group started disseminating vital information on national and local radios to make people aware of the risks posed by the new Coronavirus and how to the limit its spread. They helped disseminate hotlines numbers for those experiencing gender-based violence and distributed cleaning and sanitizing products to low-income households. They linked up with the “We are with You” campaign to provide doctors and nurses with protective clothes, masks, gloves, sanitizers so they could safely treat people. As in most parts of the world, the majority of Libya’s nursing staff are women.

Aware of the heightened risk of outbreak in crowded places such as prisons, the Network teamed up with a legal aid network to distribute masks and gloves in prisons and detention centres and called for the release of prisoners who are either on a short sentence or about to finish their sentence, particularly those who are elderly or ill. They also worked with NGOs in vulnerable migrant and refugee communities to distribute food, sanitizers and information on preventive measures in local languages.

Living in different parts of Libya, the members have been instrumental in highlighting the humanitarian needs of the various population groups throughout the country, and particularly those who have been disproportionally impacted by the conflict.

In August 2019 and just a month after the Network’s formation, violent clashes between the warring parties erupted in Murzuq, southwest Libya, reportedly killing 90 civilians and displacing thousands. During this humanitarian crisis, the Network provided vital information to humanitarian actors on the needs of the trapped civilians, including gender-sensitive needs, which helped guide aid to the affected population.

UN Women, together with partners, continues to provide training sessions to Network members to strengthen their conflict resolution and negotiation skills.

“Libyan women are at the forefront of response to problems; from COVID 19 to the horrific consequences of a conflict that has divided their country and inflicted unimaginable suffering on their communities,” said Begoña Lasagabaster, UN Women Representative in Libya. “It is high time that they had their rightful place in peace talks and their say on the future of Libya.”