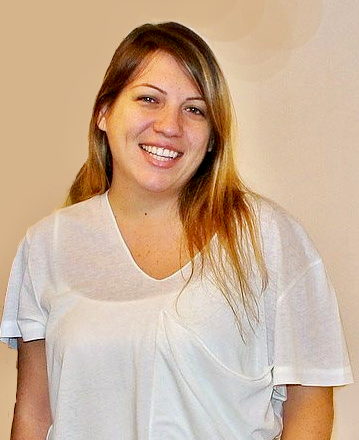 Soulaima Jabi is the Chairwoman of the Board of the Bedayat Foundation, an NGO working to support displaced and low-income families in Syria. With a background in negotiation and conflict resolution, she has worked with a number of NGOs over the last 20 years. Recently, she has engaged in UN Women-supported advocacy initiatives to ensure Syrian women’s participation in peacebuilding and conflict resolution.

What are the main challenges that women and girls are facing today in Syria with regards to gender-based violence?

Women and girls in Syria face physical violence, sexual violence, and verbal violence. They face physical exploitation as a result of the lack of resources that stems from the patriarchal and authoritarian structure of society. These crimes are not reported because of fear and a desire to preserve the family’s honor. Because of this, perpetrators are not held accountable. Psychosocial support and follow-up services are severely lacking, which is a significant problem for women and girls in Syria.

Additionally, there are many women prisoners, and their needs are not being adequately addressed. They need more legal resources and support.

Since men have more weapons than before, there is a threat of insecurity. Also, women are at risk of sexual exploitation as a result of poverty and other economic pressures. Sexual harassment is also an issue because of the increased lack of security in public spaces. Many girls are forced into early marriages, starting at the age of 11. This is especially common in single-parent families. There is also a lack of knowledge among women about the options available to them.

What services are provided to women and girls who experience violence? Are they easy to access?

For the most part services are not easily accessible because society does not discuss these issues of violence, as they are sensitive topics and to discuss them would require admitting that these problems exist. There are a number of associations and initiatives that concern girls who are subjected to violence, but for the most part these organizations are outside of Syria.

There are limited services – they aren’t widely available, but these would include the provision of hygiene kits, livelihood training, and awareness campaigns. Also, there is an association that provides aid and follow-up support to women survivors of violence. However, even these services are not easy to access. There are so many women who need them that the available resources can’t adequately meet the need.

Can women seek justice when they experience violence and how?

They can seek justice if they are willing to speak publicly about what happened to them, but many are not willing to because of the repercussions for their family and the question of family honor. However, because of the lack of resources and legal aid, even women who might be willing to speak publicly about the violence they have experienced might not know how to pursue legal remedies because as currently written, laws and the constitution do not support women seeking justice for such acts.

Women need the backing of international organizations, institutions, and local associations to amplify these issues and their voices, but these advocates are missing from the current environment.

In your opinion, what are the top priorities for women to end violence against women and girls in Syria?

Ending violence against women and girls in Syria will require building peace, ensuring safety, and changing laws to ensure adequate protections for vulnerable groups in society. We will need to promote understanding at the community level to ensure that a gendered perspective is incorporated into social, material, and educational programming so that each individual’s needs can be met.

What kind of public policies should be adopted to end violence against women and girls in Syria?

We need to take into account the needs of women and ensure that they are able to rise to their full potential and use their abilities to benefit society. In terms of economic policy, the provision of bank cables to women can help secure work for a larger quantity of women.

In social policy, we need to redirect the dominant societal ideology that deprioritizes women’s needs and stereotypes women’s roles and abilities, and instead foster an ideology that respects and supports women and emphasizes their rights.

There needs to be a better response for women who experience violence. Many women stay with their husbands despite domestic abuse because there is nowhere for them to live – even if they have the option to return to their parents’ home, they would have to leave their children to do so. These women need a safe place to stay and support for their livelihood, and to be able to keep their children with them.

We need to revise the constitution and laws to better support women and girls. This will include raising the representation of women in decision-making roles to at least 30%. The perpetrators of crimes against women -- especially those who have committed honor crimes – must be punished without exception. The government should also raise the minimum marriage age for girls and boys to the age of 18, and repeal the current law that allows judges to sanction marriages at a younger age. We also need awareness-raising campaigns to challenge harmful stereotypes about women's potential and abilities.