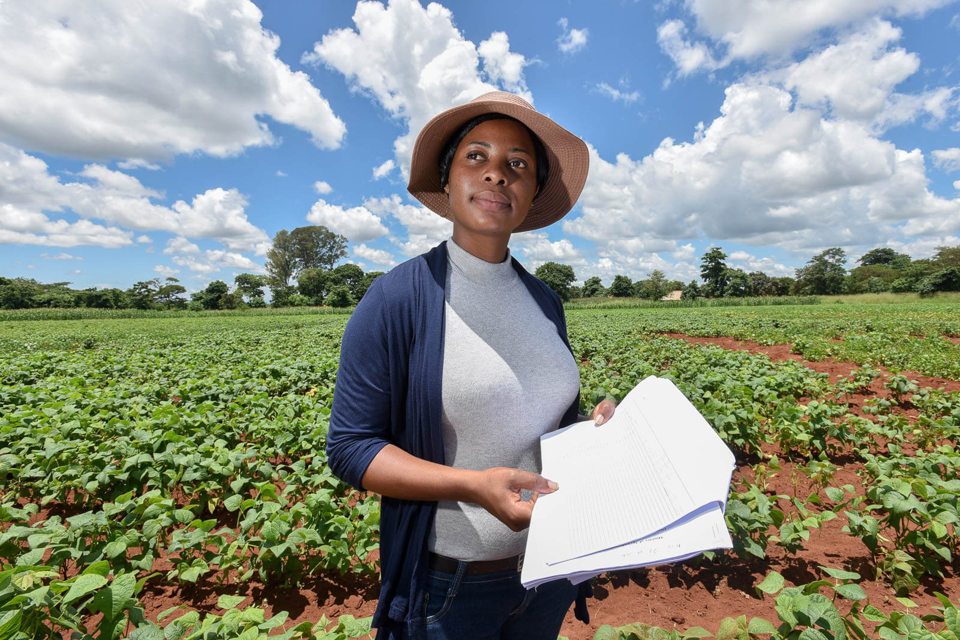 Trials of drought tolerant beans in Malawi, which in 2016 was suffering from its worst drought in three decades. Photo: CIAT/NeilPalmer.

The theme for International Women’s Day, 8 March, 2022 (IWD 2022) is, “Gender equality today for a sustainable tomorrow”, recognizing the contribution of women and girls around the world, who are leading the charge on climate change adaptation, mitigation, and response, to build a more sustainable future for all.

Advancing gender equality in the context of the climate crisis and disaster risk reduction is one of the greatest global challenges of the 21st century. The issues of climate change and sustainability have had and will continue to have, severe and lasting impacts on our environment, economic and social development. Those who are amongst the most vulnerable and marginalized experience the deepest impacts. Women are increasingly being recognized as more vulnerable to climate change impacts than men, as they constitute the majority of the world’s poor and are more dependent on the natural resources which climate change threatens the most.

At the same time, women and girls are effective and powerful leaders and change-makers for climate adaptation and mitigation. They are involved in sustainability initiatives around the world, and their participation and leadership results in more effective climate action. Continuing to examine the opportunities, as well as the constraints, to empower women and girls to have a voice and be equal players in decision-making related to climate change and sustainability is essential for sustainable development and greater gender equality. Without gender equality today, a sustainable future, and an equal future, remains beyond our reach.

The United Nations Observance of International Women’s Day under the theme, “Equality today for a sustainable tomorrow”, will be marked by a high-level virtual (TBC) event on Tuesday, 8 March 2022, 10am–11.30pm EST. The Secretary-General of the United Nations, the President of the General Assembly, the Chair of the Commission on the Status of Women, the Executive Director of UN Women as well as gender equality and climate change activists and celebrities will participate. The event will be followed by a high-level panel discussion and musical performances.

The theme for International Women’s Day is aligned with the priority theme for the upcoming 66th Commission on the Status of Women (CSW66): “Achieving gender equality and the empowerment of all women and girls in the context of climate change, environmental and disaster risk reduction policies and programmes”.