Because I am a man campaign

Because I am a man is an advocacy and behavioral change campaign which calls on men to become more active in caregiving, childcare, domestic work, prevention of violence against women and girls, and broader promotion of gender equality. The campaign has a distinct focus on fatherhood as an entry point to engage men in social change to end discrimination against women and girls.

From promoting men’s role in support of gender equality in the public and private spheres, to the engagement of fathers in caregiving and sharing of household chores, to advocacy for family-friendly policies in the workplace -including paid parental and paternal leave-, the campaign’s overall goal is to contribute to end violence and discrimination against women and girls and create societies free of structural gender inequalities by partnering with and engaging men and focusing on positive masculinities in Egypt, Jordan, Lebanon, Morocco, Palestine and Tunisia.

The campaign is aiming for changes in the legislative and policy realm such as equal paternal and maternal leave as well as within families, communities and societies in the Arab States region for more gender equitable societies.

Under the umbrella of the UN Women’s regional programme “Men and Women for Gender Equality” - funded by the Swedish International Development Agency (Sida), the campaign is mobilizing men to: 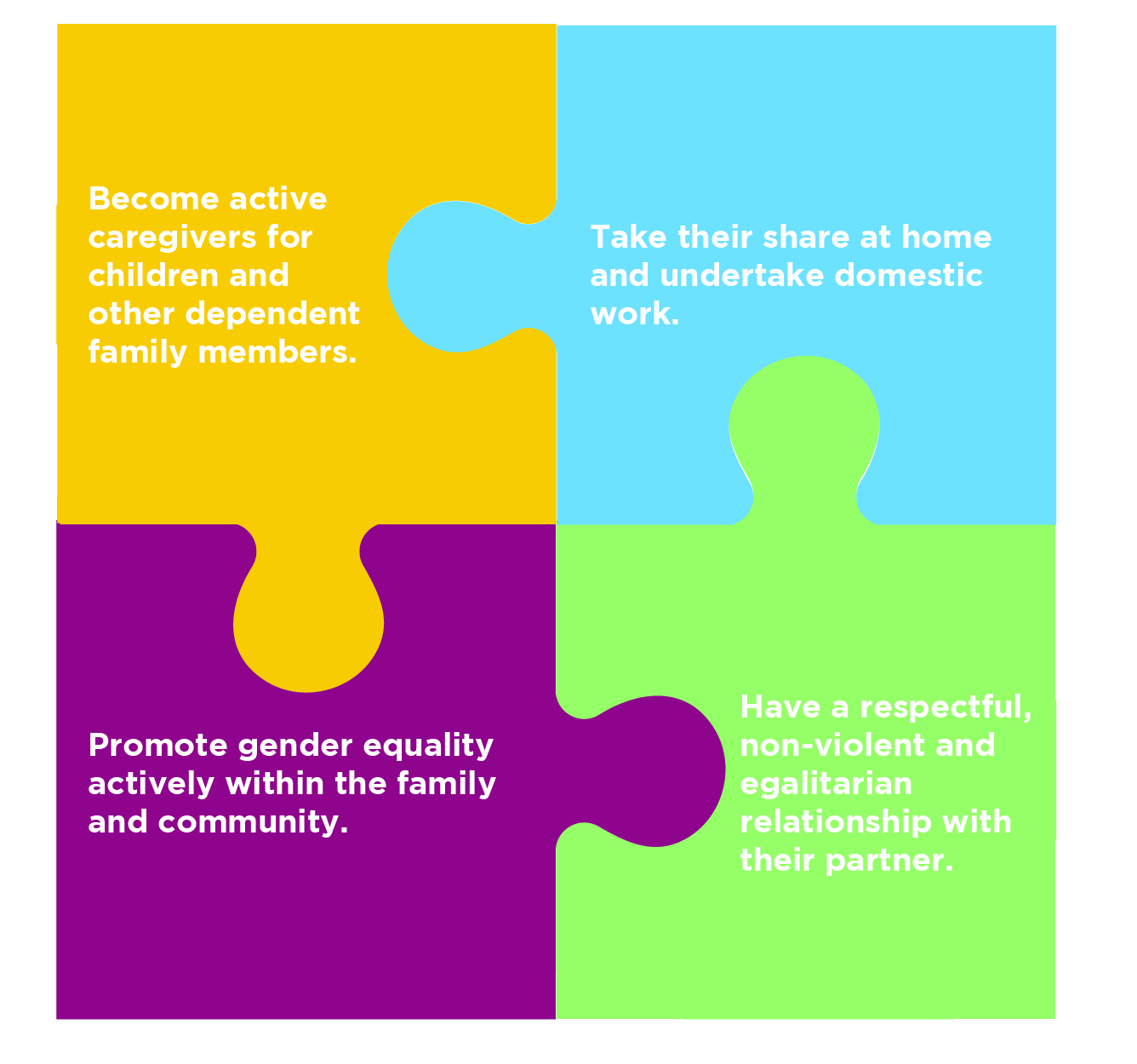 Because I am a man campaign calls on political and opinion leaders, policy makers, private sector and civil society organizations to:

Global evidence shows that engaging men in gender equality promotion and positive fatherhood leads to more empowered women and girls. Also, men and boys are then more likely to share household work and less likely to perpetrate violence against women and children. Furthermore, men involved in caregiving report improved physical and mental health and say that their role as a father is one of the most important sources of well-being and happiness in their lives.

Results from the International Men and Gender Equality Survey (IMAGES) conducted by UN Women and Promundo in Egypt, Lebanon, Morocco and Palestine, demonstrate that the vast majority of men and women in those countries are in favor of paid paternity leave, given that fathers perform caregiving and household tasks. Moreover, half or more of the surveyed men reported that their work takes time away from being with their children and families and that they would like to change that.

The national reports of the IMAGES surveys recommend using fatherhood as an entry point to engage men in the promotion of gender equality in the Arab States region, thus fatherhood is considered a key pillar of the Because I am a man campaign.

How to engage with the campaign?

There are many ways to join the Because I am a man campaign in challenging stereotypes and social norms and making a difference in your family and community. Working Together is free, but priceless!

Join the conversation by using the hashtags #Because_I_am_a_man and #WorkingTogether

How to support the campaign?

Check out some resources and publications with relevant data and guidance on how to take action: 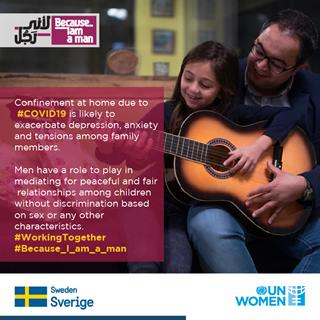 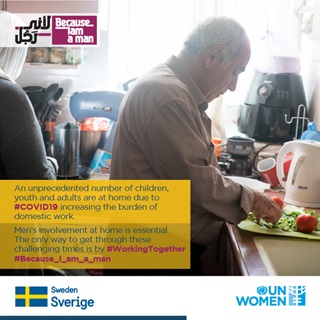 Statement by UN Women Executive Director on the killing of Shireen Abu Akleh
First Person: Levelling the gender playing field in Jordan
Call for proposals: Promoting women’s role in peacebuilding efforts in Syria
From where I stand: “The absence of violence is not the end of war”
Key actors discuss roadmap to address online violence against women in the Arab states
END_OF_DOCUMENT_TOKEN_TO_BE_REPLACED