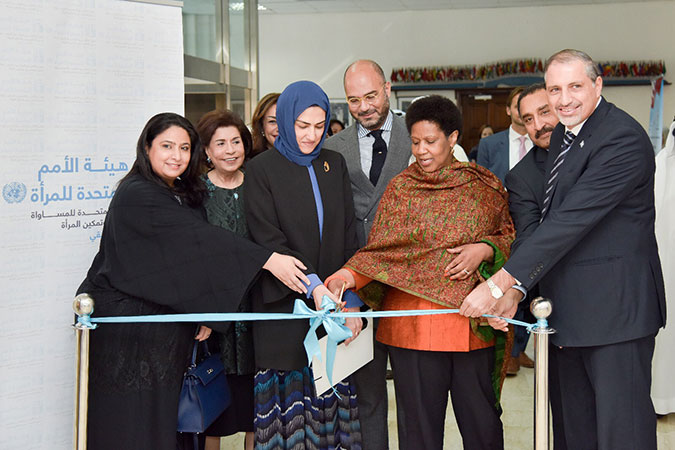 UN Women Executive Director Phumzile Mlambo-Ngcuka cuts the ribbon at the launch of the official opening of the UN Women programme office in the UN House in Bahrain. Photo: UNDP Office in Bahrain

During her first visit to the Kingdom of Bahrain on 6 December, during the 16 Days of Activism, Executive Director Phumzile Mlambo-Ngcuka inaugurated a UN Women programme office in the UN House. The programme office will work with the UN Country Team in Bahrain, the Bahraini Government, in addition to the Supreme Council for Women [the equivalent of Women’s Ministry], and other partners on advancing women´s empowerment.

During the inauguration, the Secretary General of the Supreme Council for Women, H.E Hala Al-Ansari, stressed that, “the Kingdom of Bahrain has made many strides in the advancement of Bahrain women, the opening of a UN Women office will further enhance these efforts.”

Ms. Mlambo-Ngcuka emphasized that the partnership has been long in the making, and UN women looks forward to working with the people of Bahrain on achieving, and surpassing the commitments made to fulfill the vision of the Sustainable Development Goals.

The programme office will focus on working closely with relevant partners in the country on women´s economic empowerment, leadership, gender-responsive budgeting and ending violence against women and girls. 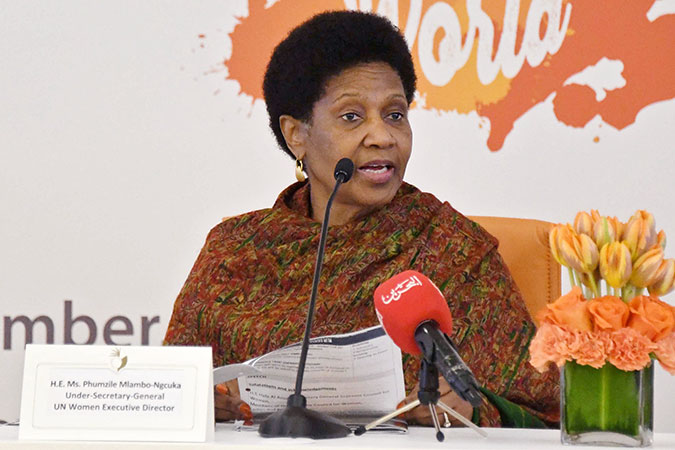 During her visit, the Executive Director also participated in the 16 Days of Activism campaign activities to raise awareness on ending violence against women and girls. Speaking at the event, she said: “UN Women is a partner—everywhere in the world where women are, where governments are and where civil society is. We exchange information and experience that we gain in other parts of the world to share best practices and ensure no one is left behind.” Read her full speech»

On this occasion, the Kingdom of Bahrain launched a database to track cases of domestic violence against women. The database has been developed as a partnership between various organizations, bridging the gap between Ministries of Interior, Supreme Council for Women; and recognizes the importance of data to better respond to, and prevent violence against women and girls.

In her remarks, Ms. Mlambo-Ngcuka highlighted the importance of working together to address the root causes of violence, and to bring the cases out from the shadows, as violence against women damages the entire nation. 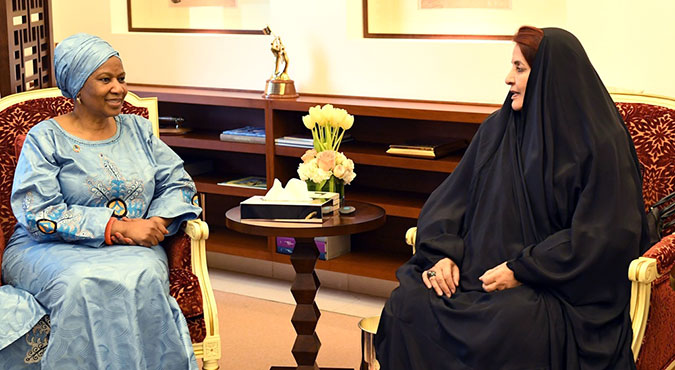 In a meeting with H.E. Sheikha Haya Rashed Al-Khalifa, who has served as the President of the UN General Assembly during her tenure as the Permanent Representative of the Kingdom of Bahrain to the United Nations, Ms. Mlambo-Ngcuka also had the opportunity to discuss the details of a new Global Award for Women’s Empowerment, being sponsored by the Kingdom of Bahrain. The application portal for the Global Award will open during the 62nd session of the UN Commission on the Status of Women, and Her Excellency will be one of the juries for the award. 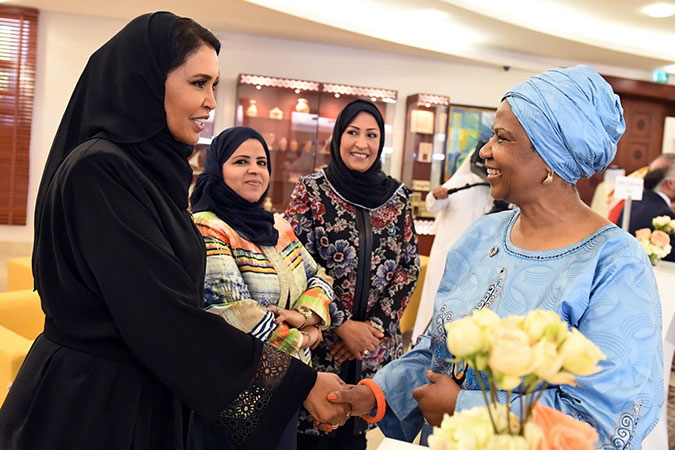